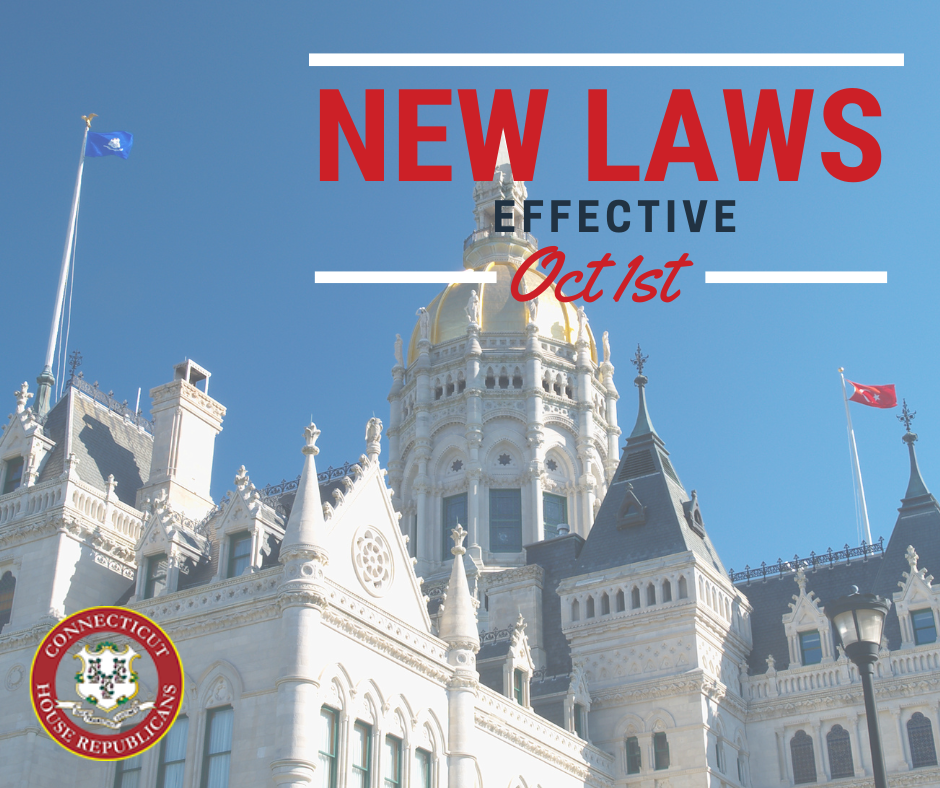 I wanted to make you aware of new laws affecting Connecticut taxpayers and businesses taking effect on Saturday, October 1st. This year, several important public safety measures become law, including many that were a result of pressure from both the public and Republican lawmakers concerned about an increase in crime, especially juvenile crime, and the dramatic rise in incidents of car theft; from 2019-2020 the increase in motor vehicle theft was just less than 4 times the national average – 41% vs 12%.

Public Act 22-115 makes many changes to juvenile justice statutes to continue to preserve the rights of younger offenders, while also delivering faster arraignments and access to necessary intervention and diversionary program services. This bipartisan legislation is a step in the right direction, but more needs to be done.

The new law will, among other things:

The CT Post covers the topic in this article.