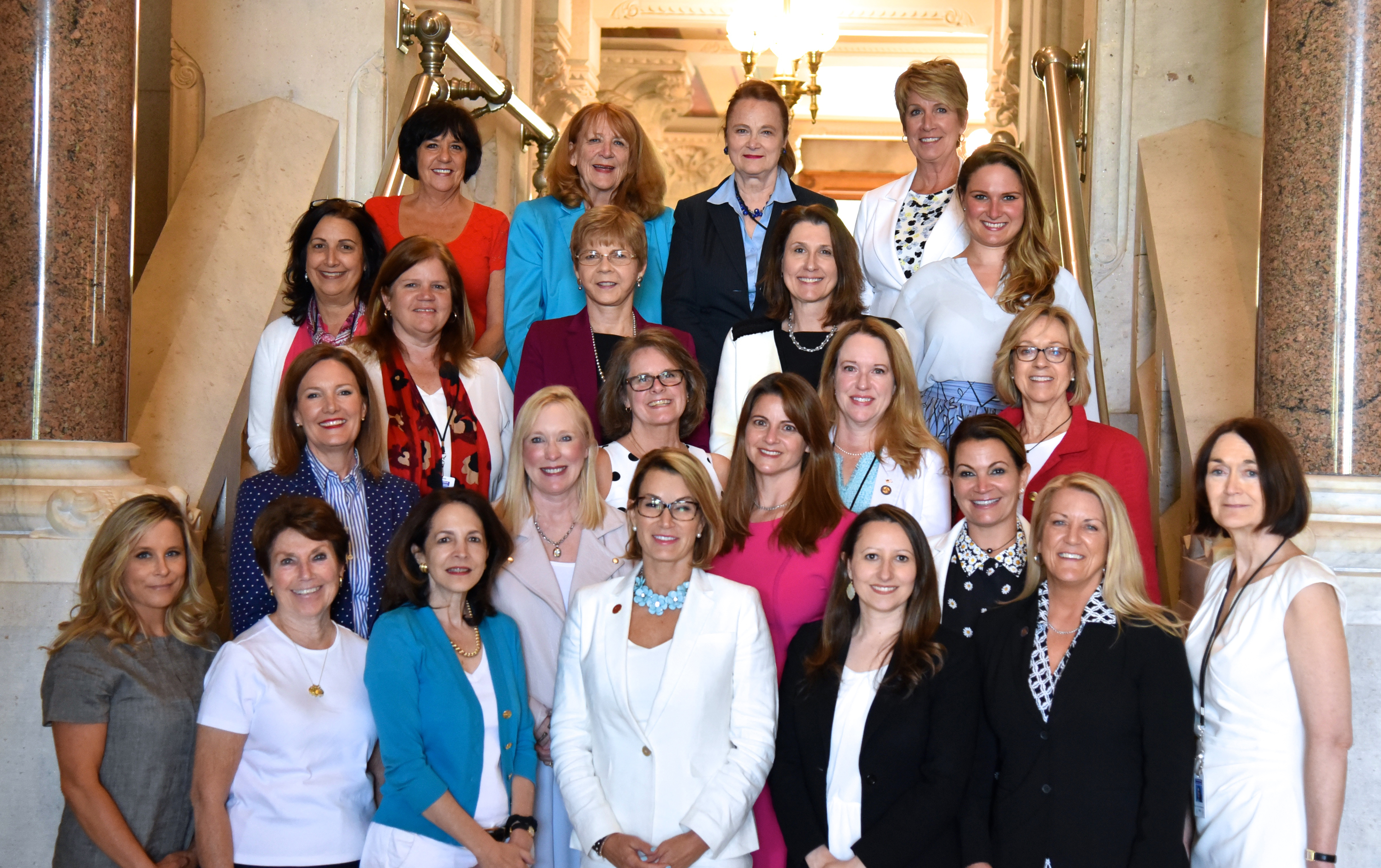 HARTFORD – State Representative Livvy Floren (R-149) and fellow House Republicans celebrated the 100th anniversary of the passage of the 19th amendment, which gave women the right to vote in the United States.

“This is a day of celebration and reflection as we mark 100 years of women suffrage,” said Rep. Floren, a founding member of the Bipartisan Women’s Caucus. “The number of women in public office has grown year-after-year, and that is because of the courage and determination of earlier generations who knew that discrimination on the basis of gender was unjust and unconstitutional. Women continue to break barriers every day, and here in Hartford, we have taken further steps to end pay inequality, protect women’s rights, and inspire the next generation to become leaders in every sense of the word.”

The Republican Party played a leading role in the Women’s Suffrage Movement. In 1878, Senator Aaron Sargent (R-California) introduced language in Congress that would eventually become the 19th Amendment. Sargent’s proposal was not successful in the beginning, but following four decades of rejection by the legislature, the U.S. House of Representative finally passed the resolution on May 21st, 1919, followed by the U.S. Senate two weeks later on June 4th – 100 years ago today. It was ratified on August 18th, 1920 once Tennessee became the 36th state to sign on. Over 70 percent of the states to ratify the amendment were led by Republican legislatures. Of those states, twelve had already given women the right to vote before the amendment went into effect.

Today, at the state Capitol, as the 2019 session draws to an end, women on both sides of the political aisle commemorated this historical day by wearing white.