Protecting and Advancing Women’s Rights is a Bipartisan Issue 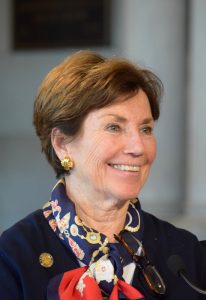 On June 5th, my colleagues and I welcomed the end of a contentious 2019 session headlined by the state budget, a $15 minimum wage, a half percent payroll tax for a state-run paid family and medical leave program, an ongoing tolls debate, and more.

Despite the endless policy discussions in the committee rooms and legislative chambers, there were moments of bipartisan celebration such as the 100th anniversary of the passage of the 19th Amendment, which granted women the right to vote in America. The day was June 4th, 1919 when a Republican-led Congress voted to adopt the amendment following decades of struggle and sacrifice.

It was ratified on August 18th, 1920 once Tennessee became the 36th state to sign. Over 70 percent of the states to ratify the amendment were led by Republican legislatures. Of those states, twelve had already given women the right to vote before the amendment went into effect.

Since ratification, women have flourished in government and the private sector, breaking barriers each day and opening doors for others, but there is more work to be done. In Hartford, I continue to work side-by-side with Republican and Democratic lawmakers to address issues that disproportionately affect women including pay inequality, domestic violence, sexual assault and healthcare. In the past two years alone, I have cosponsored the following legislation:

S.B. 3, Combating Sexual Assault and Sexual Harassment, requires sexual harassment training in workplaces with three or more employees, and lengthens the statute of limitations to 30 years for sexual assault victims who may have been afraid to initially come forward.

P.A. 18-5, Dual Arrests and the Training Required of Law Enforcement Personnel with Respect to Domestic Violence, encourages more victims of domestic violence to ask for help by reducing the occurrence of dual arrests, which happens when police are unable to identify the dominant aggressor and end up arresting both parties. For years, this has discouraged many individuals, primarily women, from reporting heinous acts. Now, police will undergo more rigorous training to help identify the guilty party.

P.A. 18-8, Pay Equity, seeks to reduce the gender pay gap. Now, employers and not permitted to ask job candidates about pay history, which proponents hope will allow women to receive a salary commensurate with the duties and responsibilities of the position for which they are applying.

Within the past few years, I have also cosponsored an act requiring insurers to offer both mammography and magnetic resonance imaging as options for breast cancer screening for women with family histories of breast cancer.

In 1919, the Republican Party opened doors to millions of women who had been suppressed for generations. Although the political landscape has changed in the years since, know this – the fight for total equality is ongoing, and there are strong women and men on both sides of the aisle who continue to overcome immense hurdles and open doors for the next generation. Just because an elected official has an “R” or “D” after their name does not mean they do not also represent an “E” for equality.