Despite a winter storm, Rep. Fishbein was able to read two books – the Seuss classic “What Pet Should I Get” and “What Do You Do With An Idea?” by Kobi Yamada and illustrated by Mae Besom –  to Michelle Jones and Jenn Leonard’s classes that were assembled inside the media center.

After he finished reading and talking to the students about his role in the legislature, Rep. Fishbein donated the Seuss book to the school and gave his hat to one lucky student.

Unfortunately, the storm caused the cancellation of opening night of Moran Middle School’s production of “Seussical”, but the kids at Mary Fritz Elementary were entertained by the group who were roaming the halls and performing songs from the show. 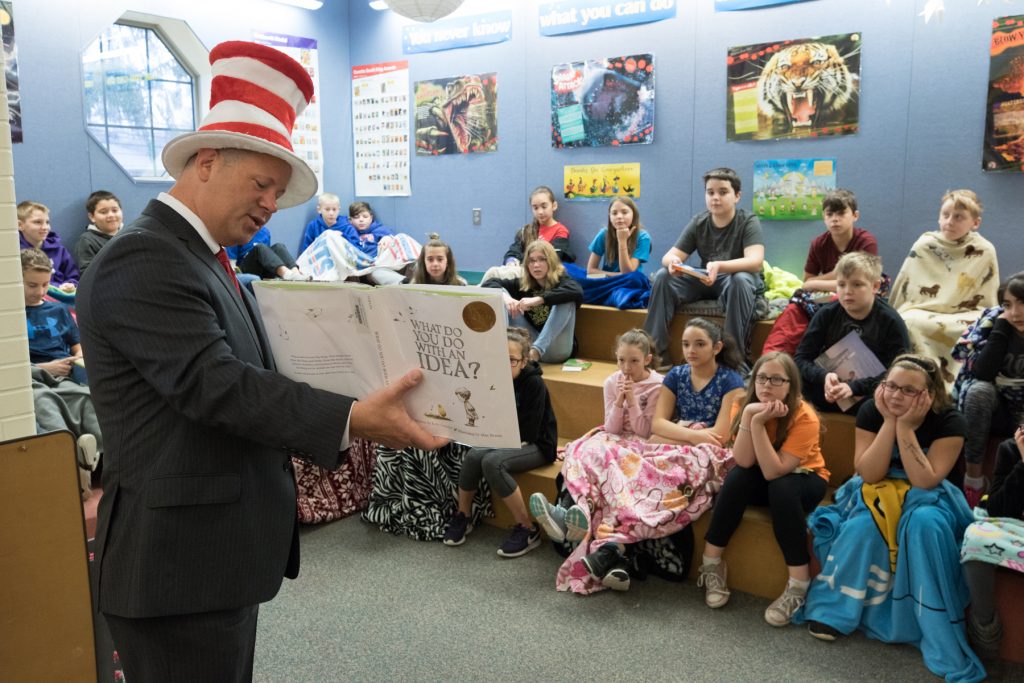 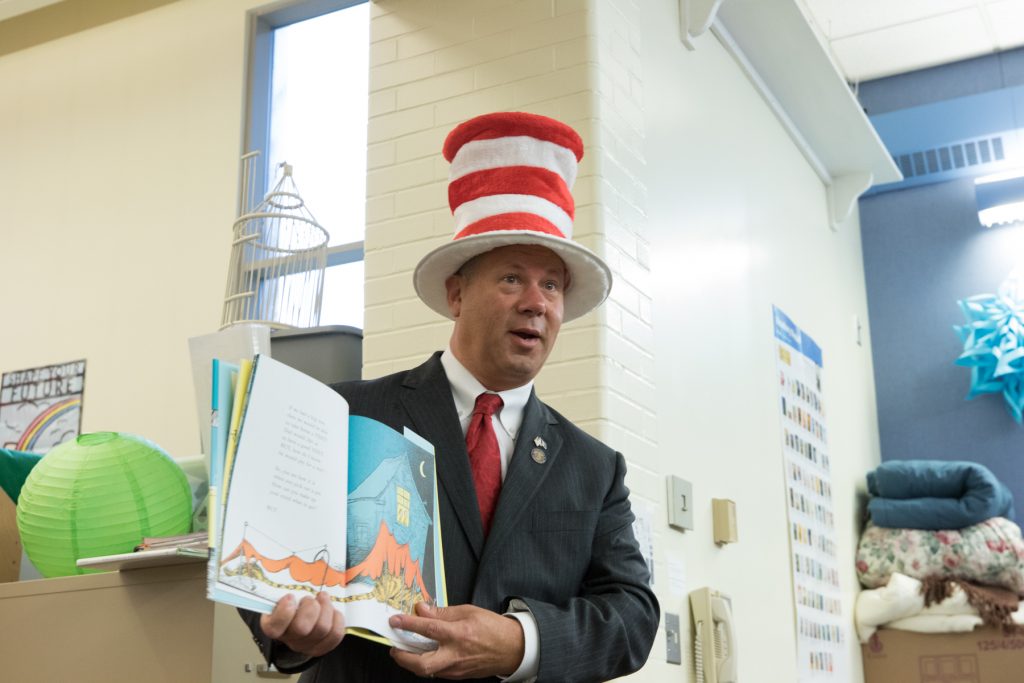 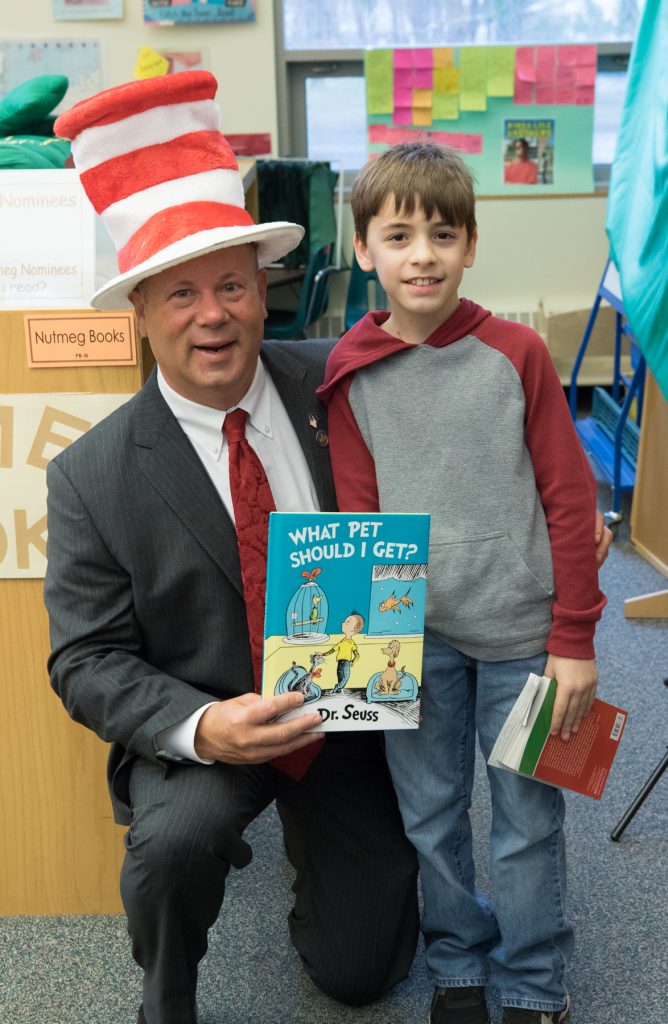 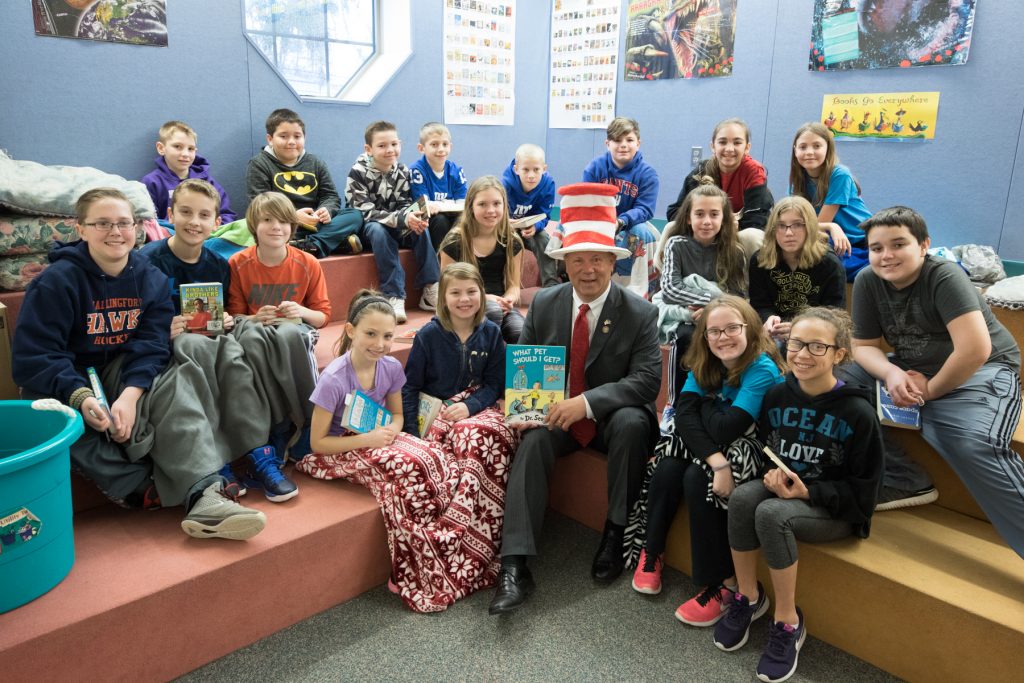