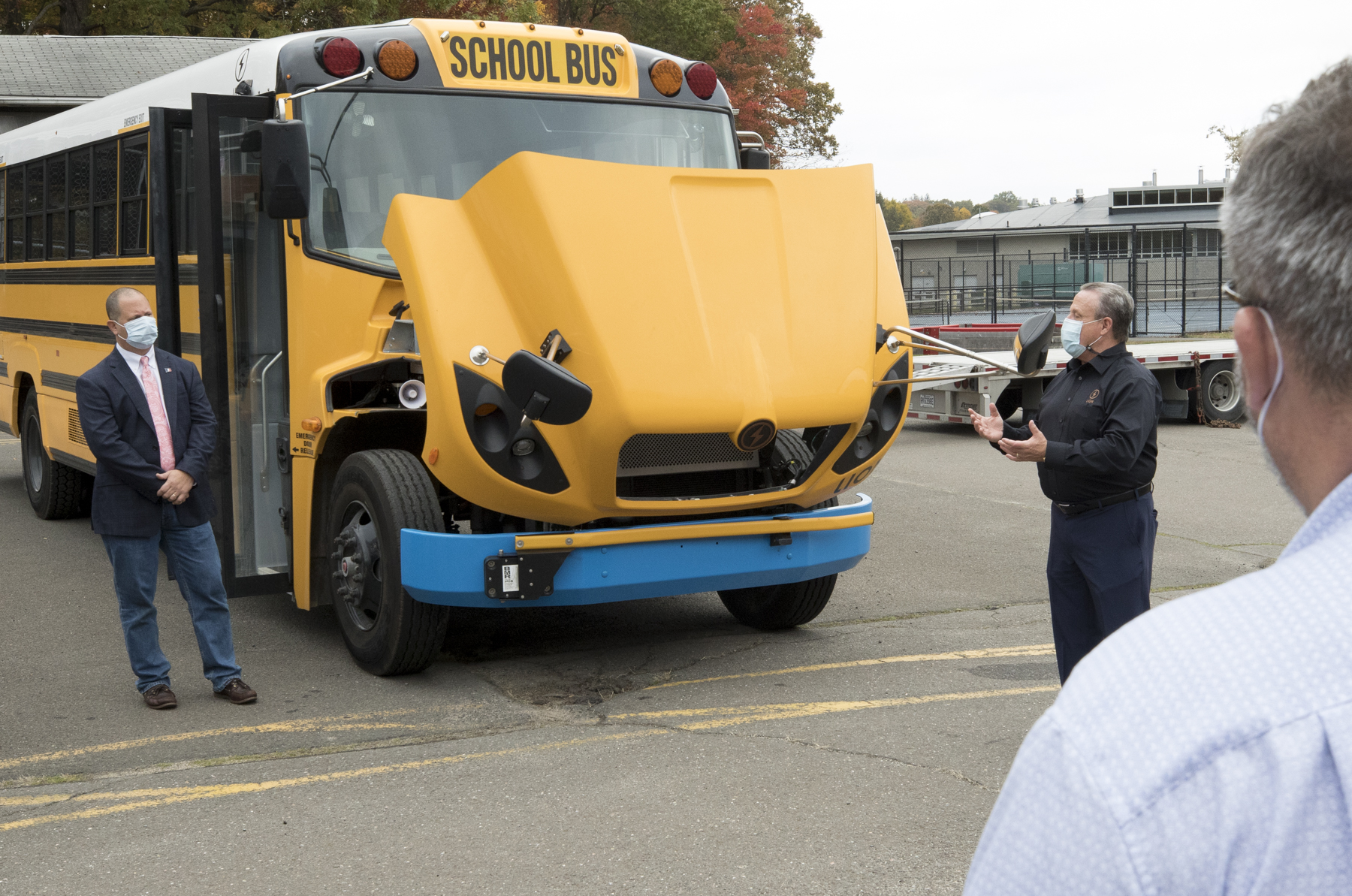 The event, held outside of Dag Hammarskjöld Middle School on Wednesday afternoon featured a brief overview of the bus and it’s features, before Lion Electric Company officials answered dozens of specific, detailed questions on a wide range of topics that included everything from how the drive system transfers power to the wheels to the intentionally designed trash can holder.

Safety and battery life were also major topics of discussion, with the company noting that most of the electrical components of the bus, including security cameras and two-way radios, are separate from the batteries that power the vehicle’s drive system.  The company said that design allows for all critical functions to remain independent in case of malfunction or damage.

Other than the fully electric drive system, the bus is the same as most other school buses. The traditional combustion engine has been replaced with the electric power plant and related equipment that company officials said contained fewer moving parts and would allow for less maintenance and easier repair.

Following the discussion and presentation, Richard Lee, Director of Sales for Lion, took the group of a brief ride around the neighborhood to allow everyone a first-hand look at how the bus performed. 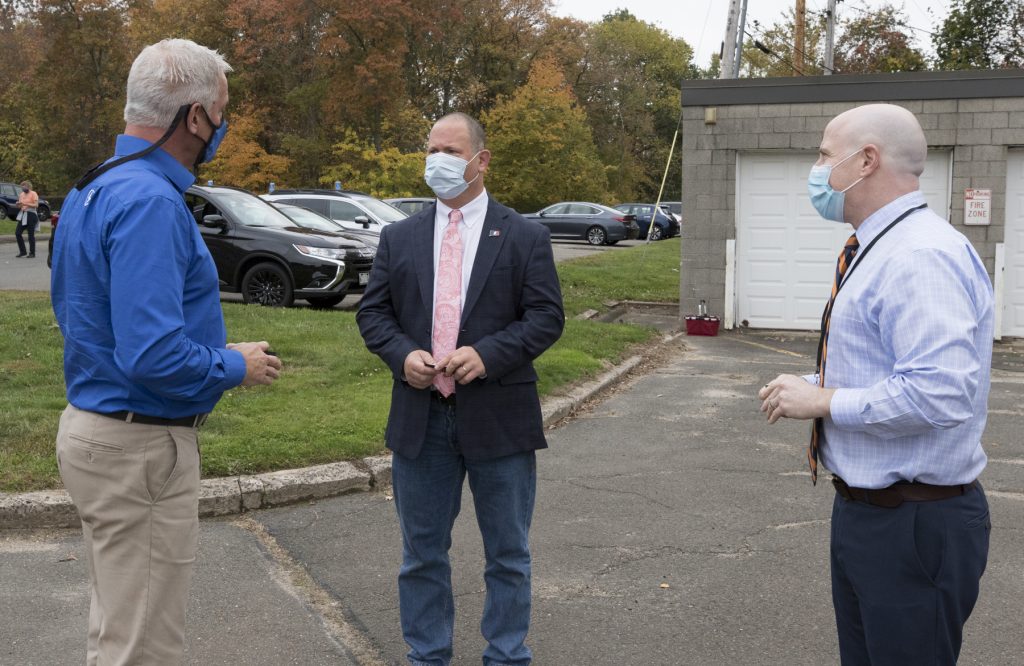 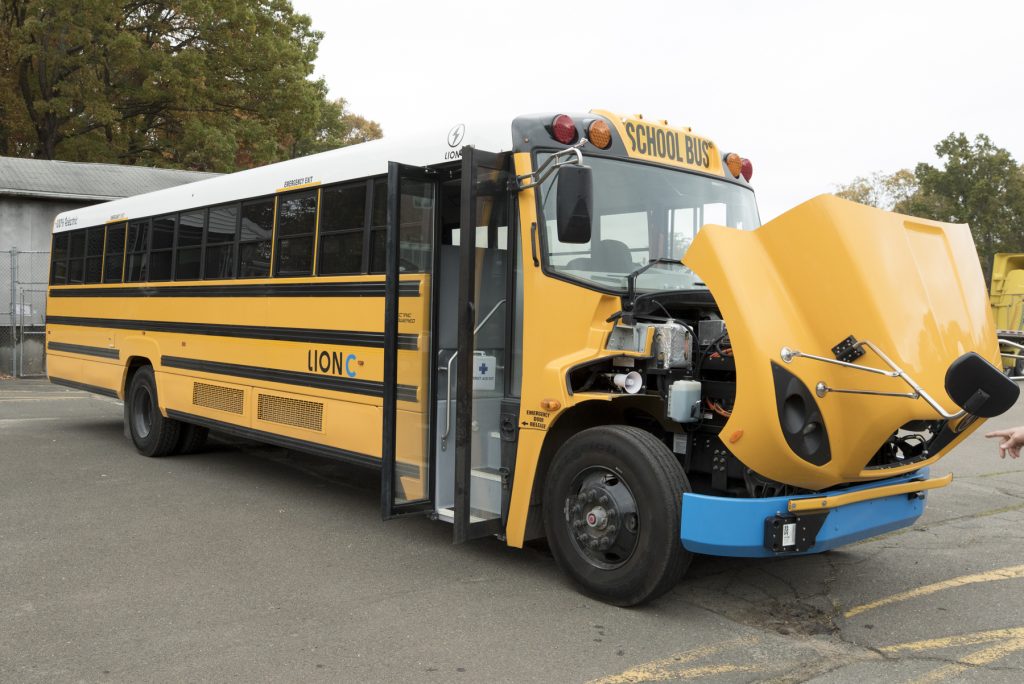 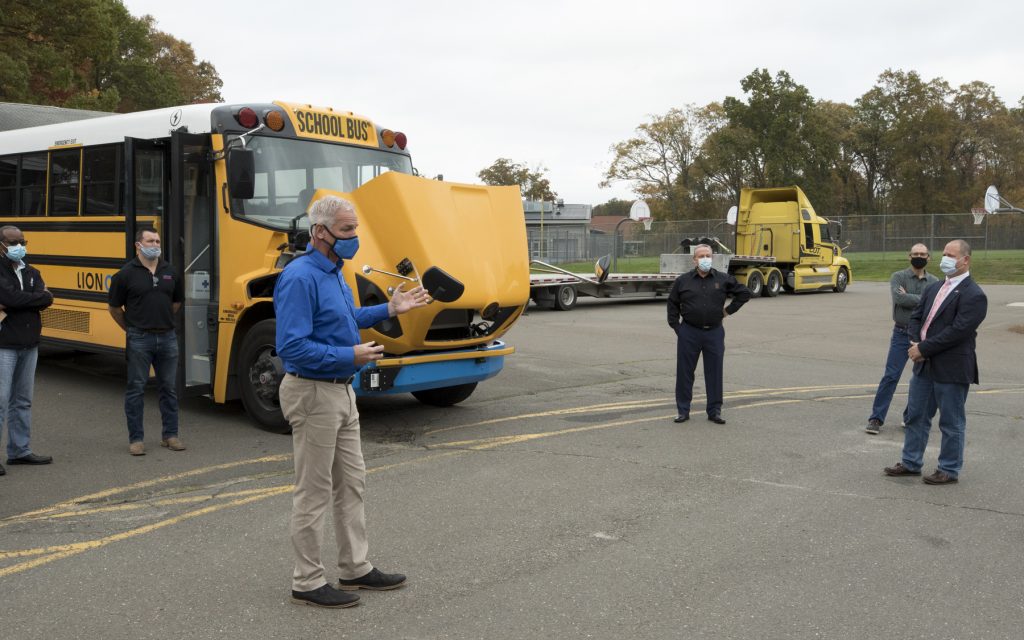 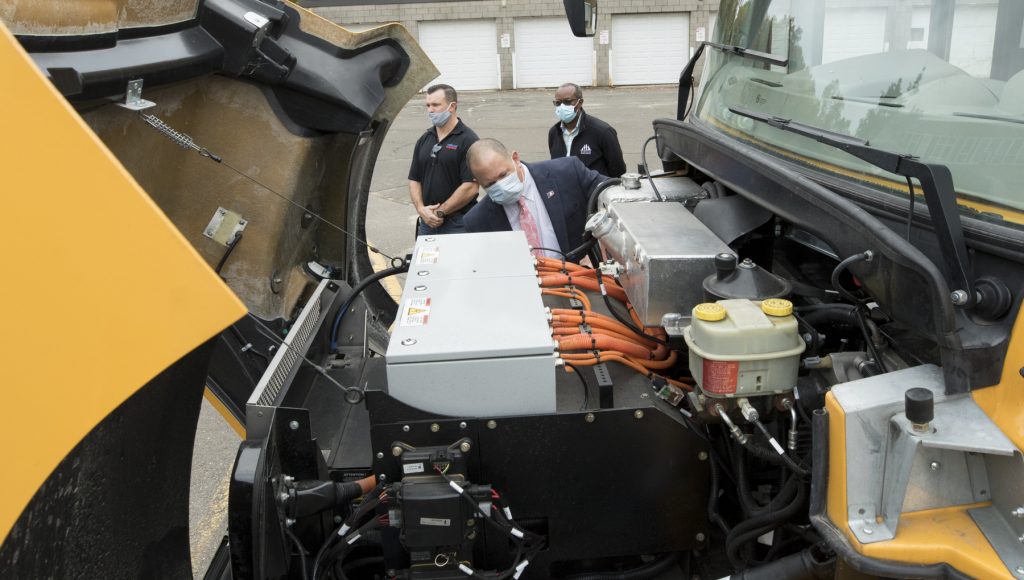 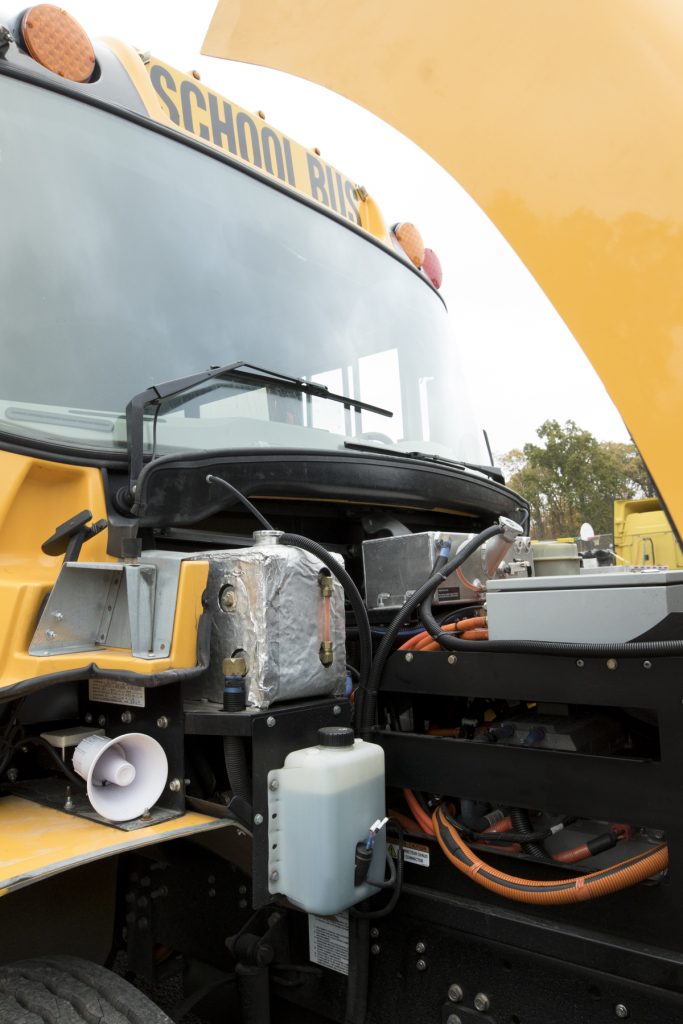 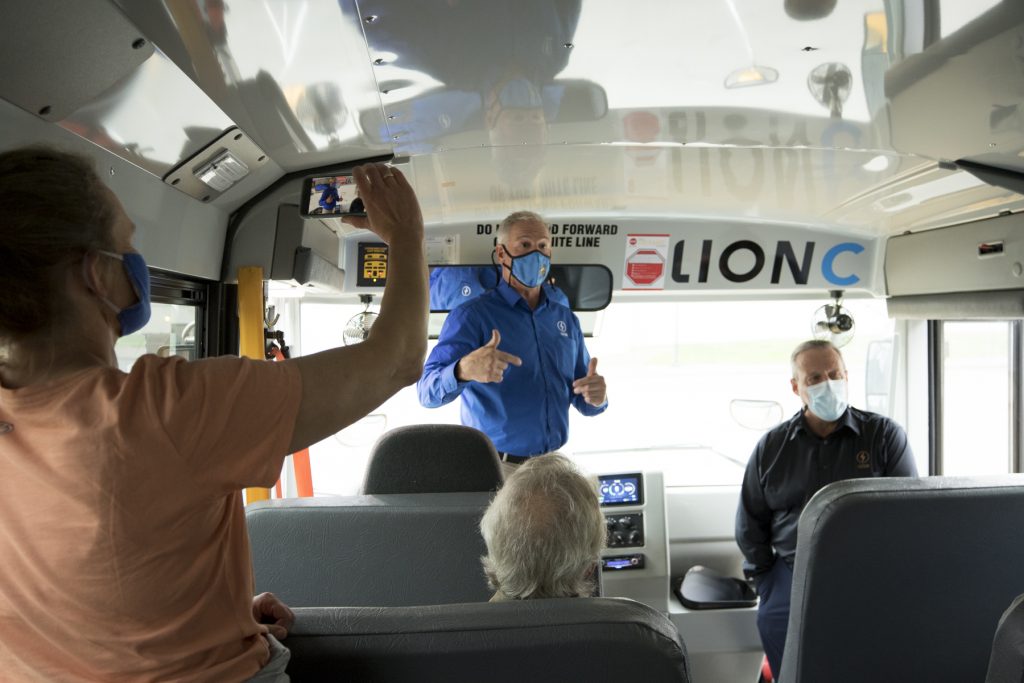