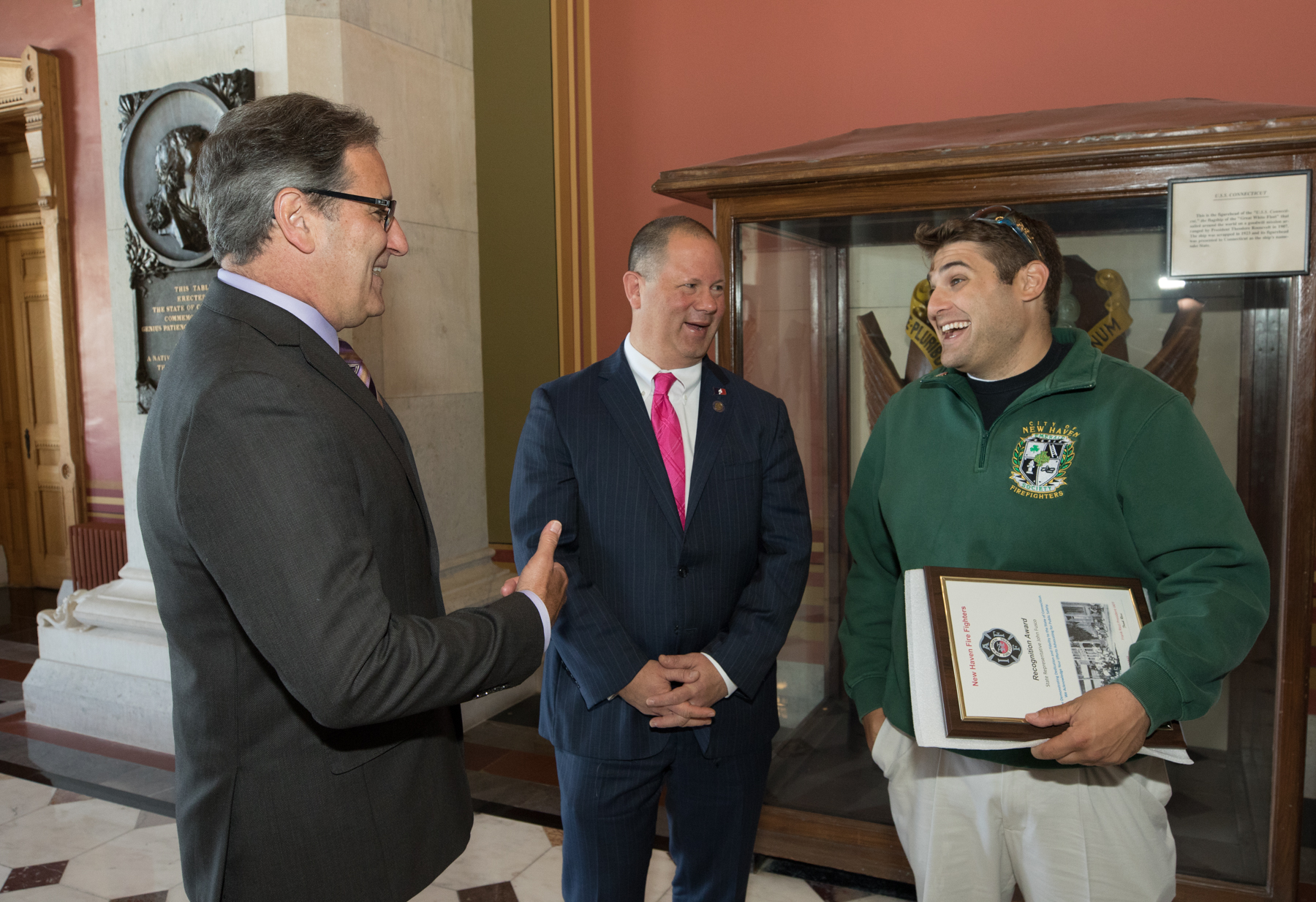 During the annual New Haven Pizza Lobby Day at the Capitol, New Haven firefighters recognized State Representatives Craig Fishbein and John Fusco for their work on behalf of firefighters across the state.

Frank Ricci, battalion chief and President of New Haven Firefighters, IAFF, Local 825, was joined by more than a dozen firefighters who served pizza to legislators and the public, before taking a few minutes to present Reps. Fishbein and Fusco with citations recognizing their “dedication and fidelity to the State of Connecticut” and for their “efforts advocating for public safety.” 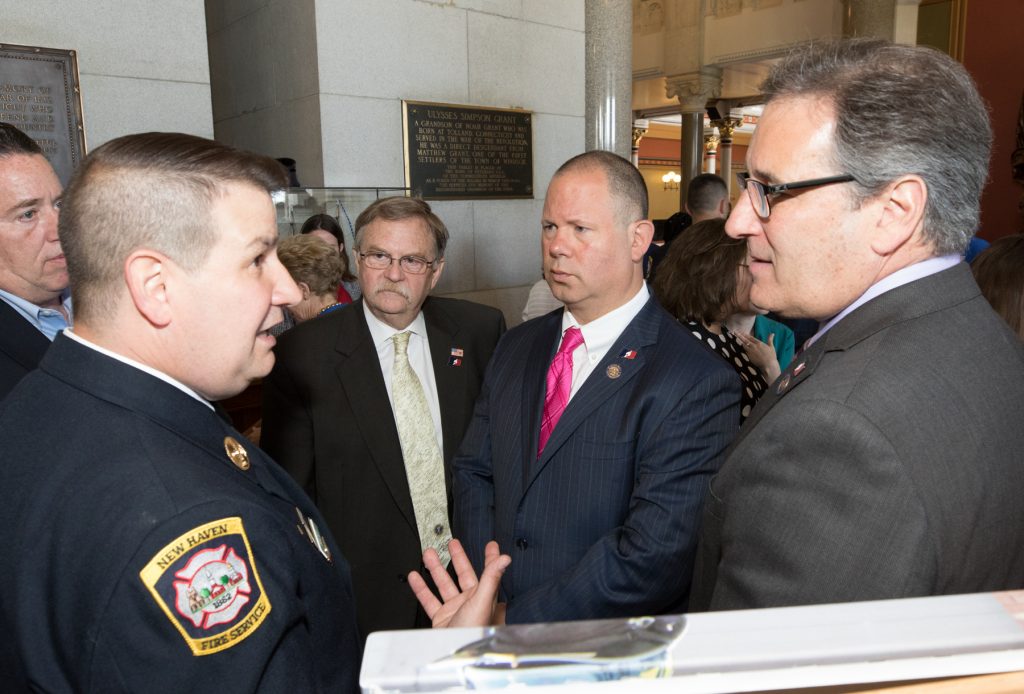 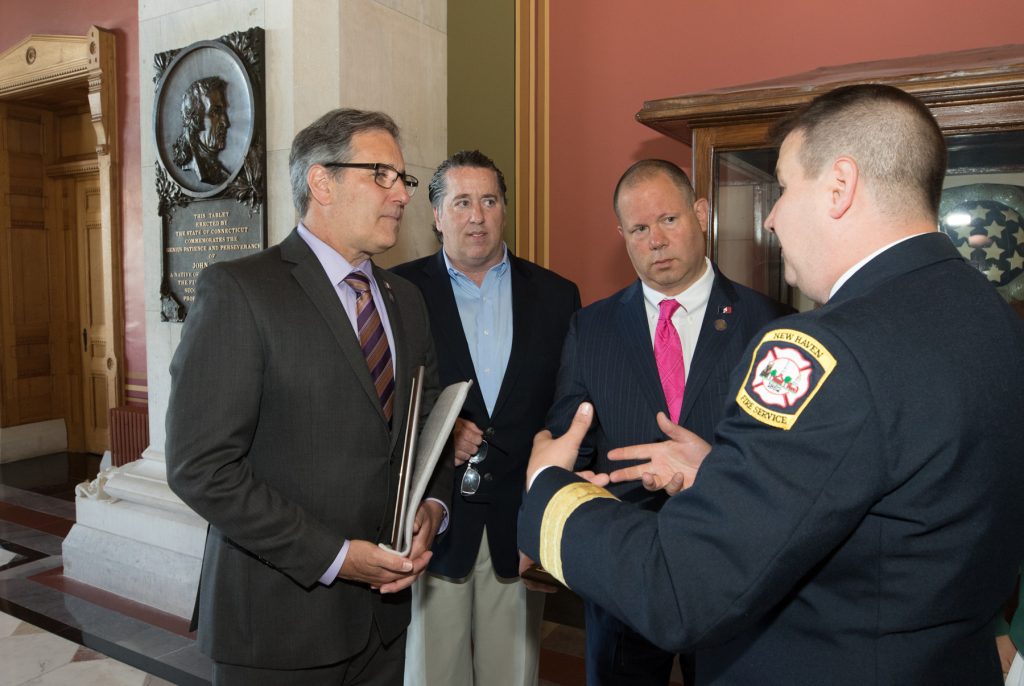 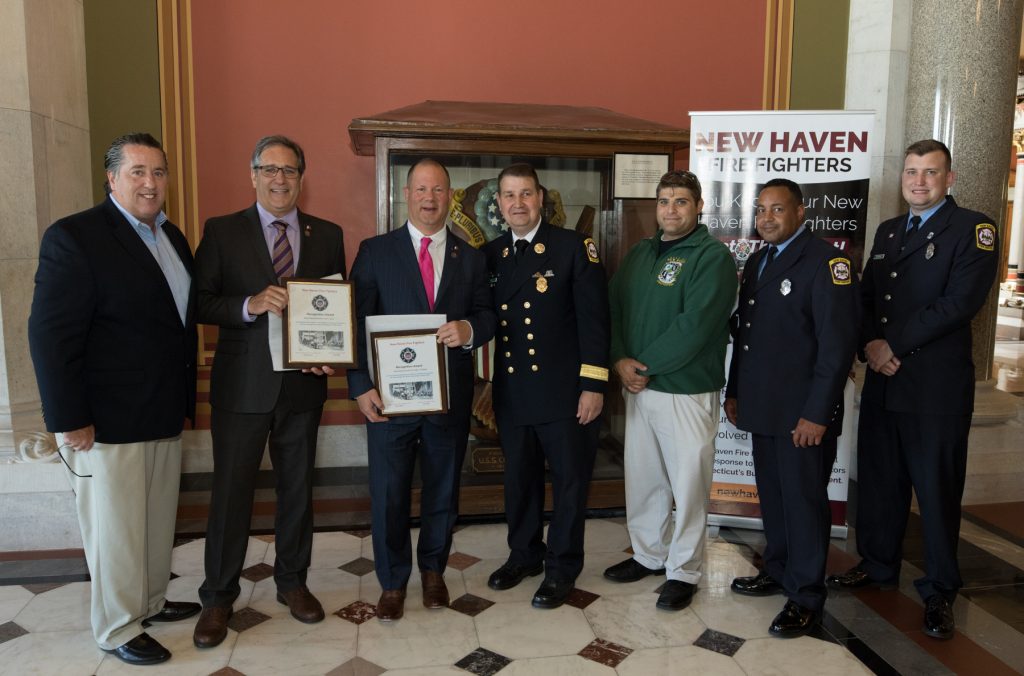