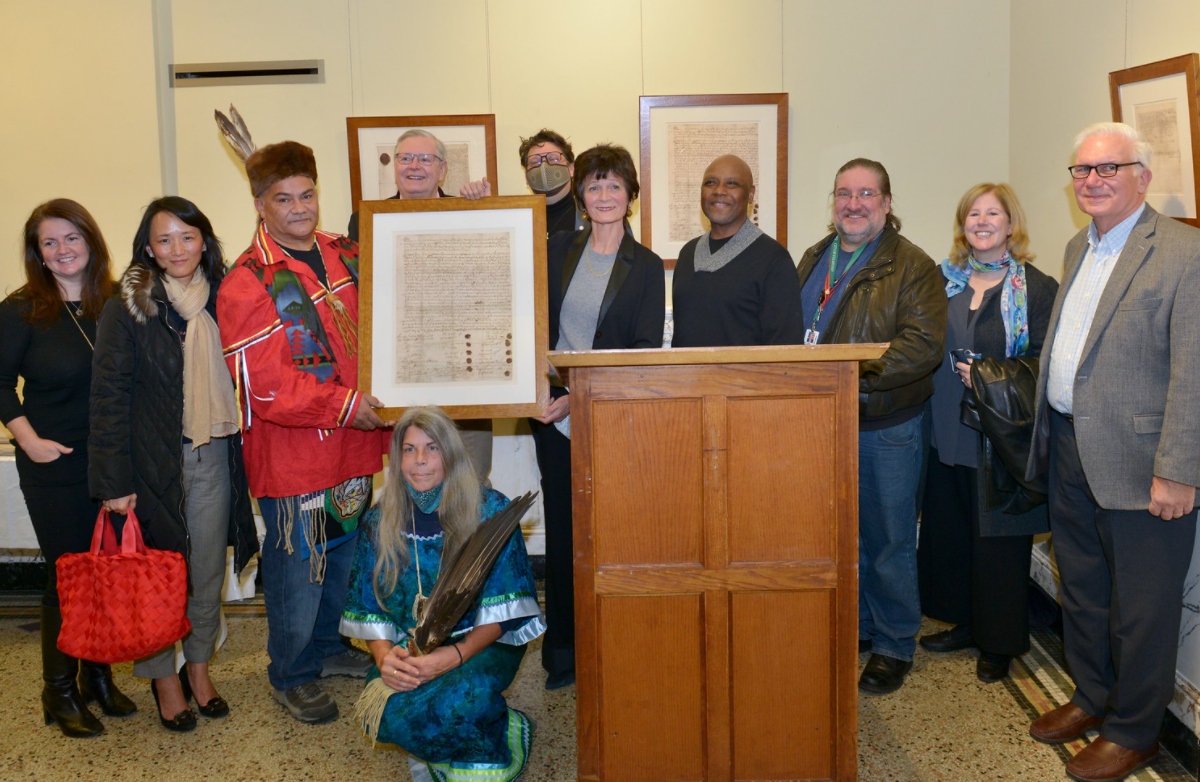 Originally known as ‘Rippowam’ to members of the indigenous Siwanoy tribe, the settlement was re-named to Stamford after its purchase by the New Haven Colony on July 1st,…

END_OF_DOCUMENT_TOKEN_TO_BE_REPLACED

“Economics in One Lesson”: A Discussion with Hoover Institution Fellow David R. Henderson

David R. Henderson, a research fellow with the Hoover Institution and professor of economics at the Naval Postgraduate School, served as guest host for the discussion, which touched upon the unforeseen consequences of government…

END_OF_DOCUMENT_TOKEN_TO_BE_REPLACED 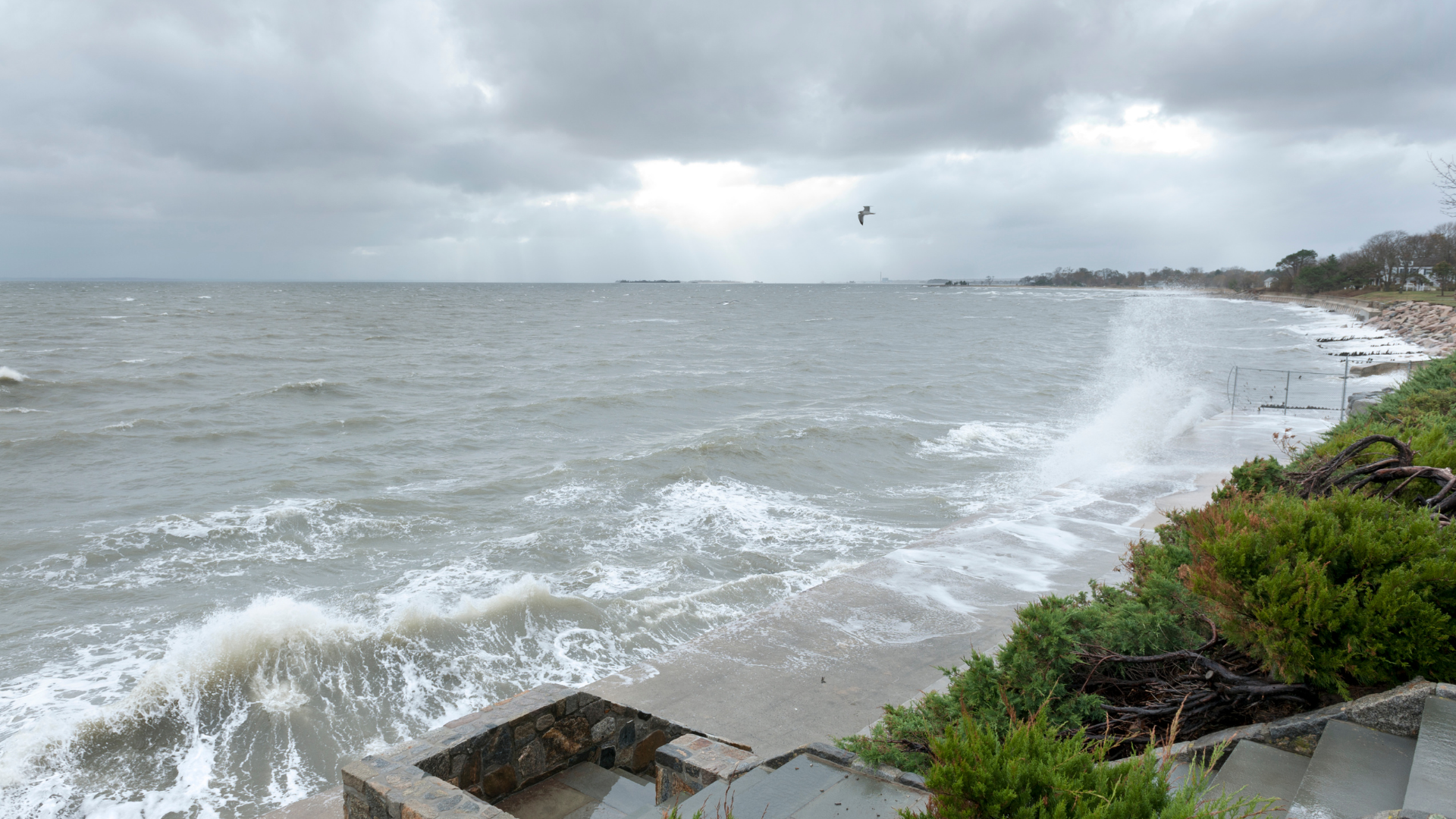 Representatives from FEMA and the U.S. Small Business Administration are available at the center to explain disaster assistance programs, answer questions about FEMA letters and provide literature about repairs and rebuilding to make homes more disaster resistant.

The DRCs are located…

END_OF_DOCUMENT_TOKEN_TO_BE_REPLACED

Economics In One Lesson, Henry Hazlitt

What: Virtual Book Lecture and Q&A via Zoom

“Everything we get, outside of the free gifts of nature, must in some way be paid for. The world is full of so- called economists who in turn are full of schemes for getting something for nothing. They tell us that the government can spend and spend without taxing at all; that…

END_OF_DOCUMENT_TOKEN_TO_BE_REPLACED

“Holding Your Government Accountable” with Truth In Accounting CEO Sheila A. Weinberg

Sheila A. Weinberg is the Founder and CEO of Truth in Accounting, an organization whose mission is to compel governments to produce financial reports for the public that are understandable, reliable, transparent and correct.

Our discussion touched on the nuances of government accounting, Weinberg’s findings in the Financial State of the States 2021 report and how Connecticut’s poor performance is reflected in your personal tax bill.

I hope you will find…

END_OF_DOCUMENT_TOKEN_TO_BE_REPLACED

“Holding Your Government Accountable”: A Virtual Town Hall with the CEO of Truth In Accounting 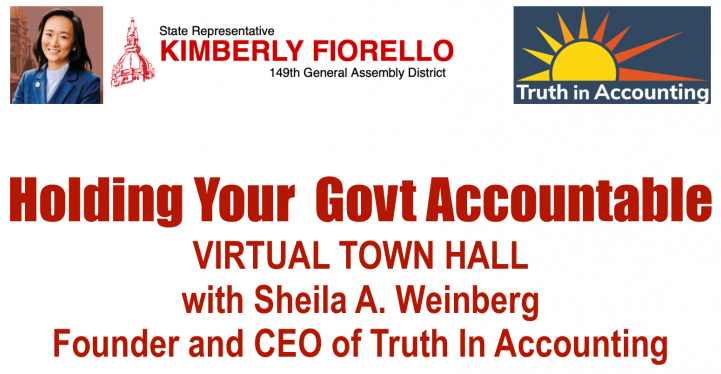 Connecticut ranks dead-last, 50 out of 50, in average tax burden per taxpayer, according to a recent report, titled “The Financial State of the States 2021”.

On October 19th I’ll sit down with Sheila Weinberg, Founder and CEO of Truth In Accounting, a think tank dedicated to the truthful accounting of government finances and author of the document, to go over its findings and highlight the group’s other comprehensive analyses of government fiscal data.

Please join me for this eye-opening look into…

END_OF_DOCUMENT_TOKEN_TO_BE_REPLACED 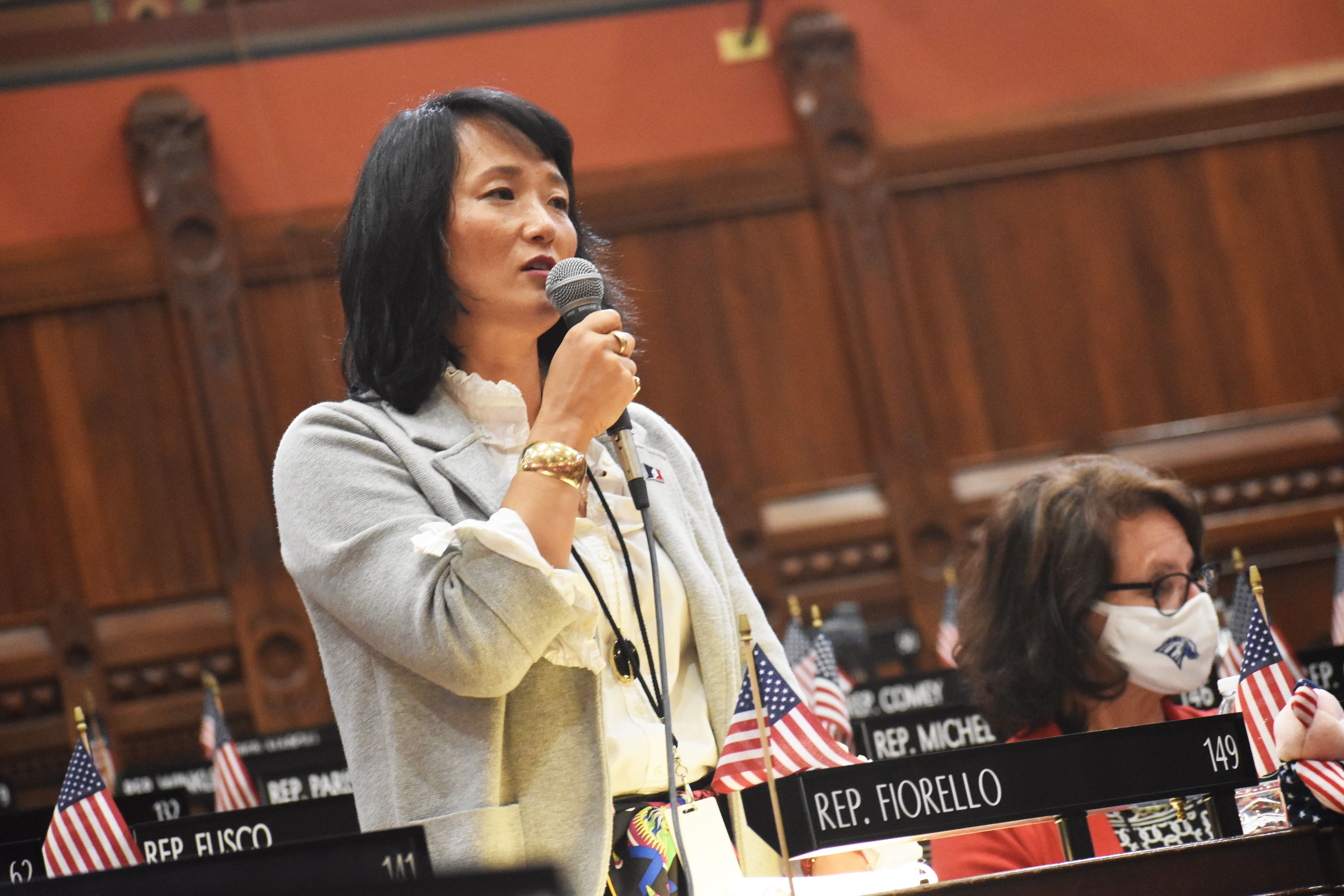 State Representative Kimberly Fiorello (R-Greenwich and Stamford), who has opposed previous extensions to these declarations, voted ‘NO’ and offered the following comments for her 80 Democratic colleagues who have…

END_OF_DOCUMENT_TOKEN_TO_BE_REPLACED

Please Note: You must type in the password for the Zoom recording (Password: 1j+$qAJ^) when prompted, but it will not work if you copy and paste.

Erec Smith is an Associate Professor of Rhetoric at York College of Pennsylvania. Although he has eclectic scholarly interests, Smith’s primary focuses on the rhetorics of anti-racist activism, theory, and pedagogy. He is a co-founder of Free Black Thought, a website dedicated to highlighting viewpoint diversity within…

END_OF_DOCUMENT_TOKEN_TO_BE_REPLACED 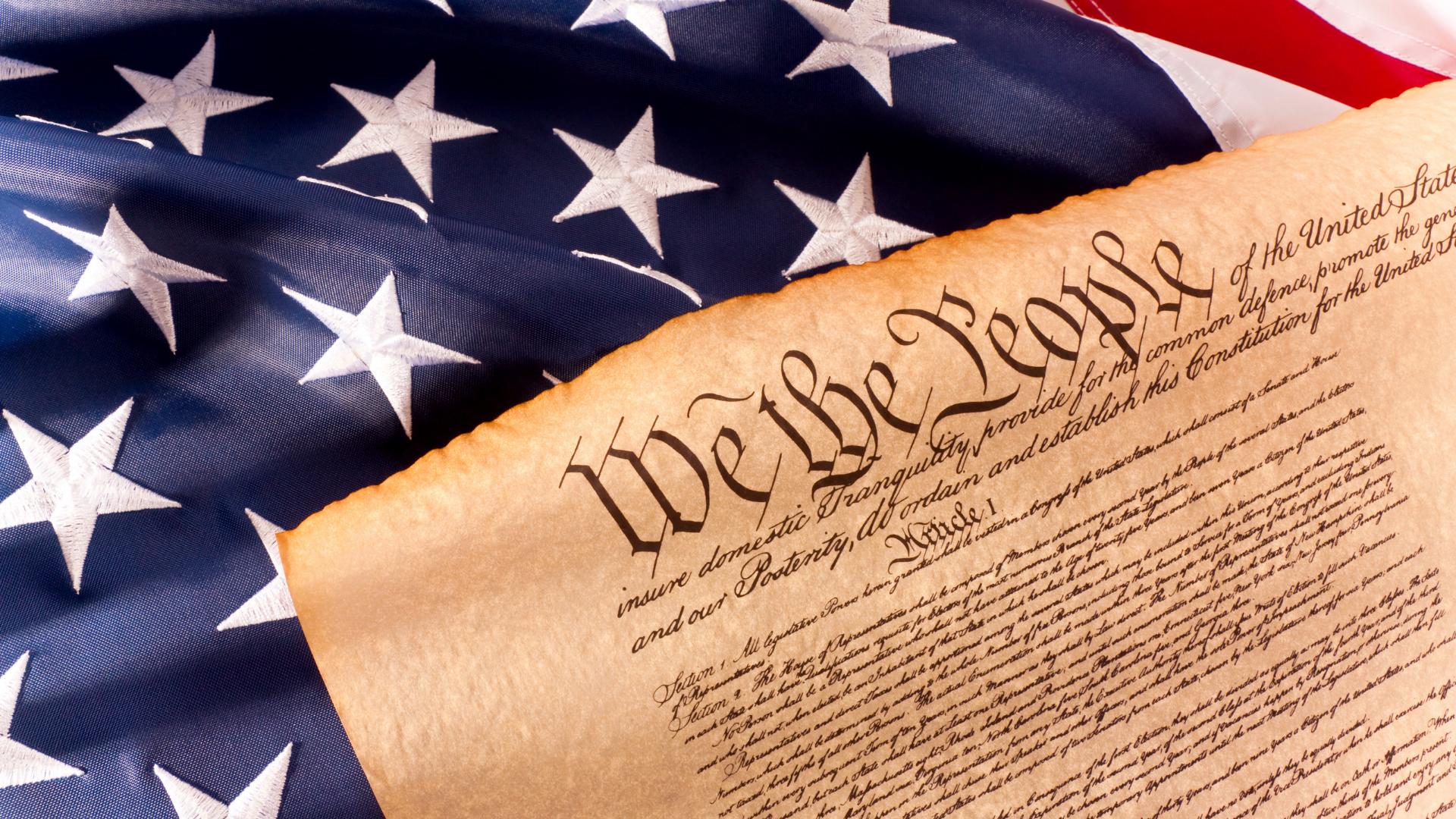 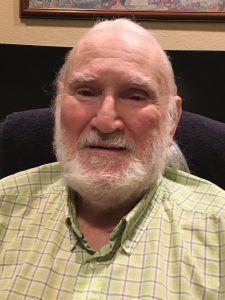 The United States Constitution establishes the law of the land. While its authors could hardly foresee the changes that would redefine what America was to become, they were wise enough to add to the embryonic document the ability to amend it to suit the times.

It is taken for granted that Americans will follow the law of the land, but not without challenge. Via the democratic voting process, Americans can alter or remove the laws and rules that are not compatible with contemporary thinking and practices. Since its creation in September 17, 1787 then ultimate ratification in 1789, there have been 27 amendments.

But that’s moot. The meaning of and connotations of the document can be as diverse as the folks who comment. If I were to scan Webster’s dictionary for the term “freedom,” I imagine I would see a picture of the Constitution beside it because that is the essence of its existence as enumerated in the first ten amendments, the Bill of Rights.

White, Anglo-Saxon Protestants, for the most part, separated from Britain, the mother country and “tyrannical” King George the Third, to create a new government, a republic form of democracy in which freedom “would ring,” as coined in 1831 in the lyrics by Samuel Francis Smith: “My country, ‘tis of thee, sweet land of liberty.” Over the subsequent 240 years, the millions upon millions of aliens, immigrants, foreigners who immigrated to our shores had one goal in mind, freedom to be themselves in a land of freedom and opportunity. Emma Lazarus’s famous 1883 sonnet summed it up in her work created for the Statue of Liberty: “cries she with silent lips. Give me your tired, your poor, your huddled masses yearning to breathe free.”

The Rev. Martin Luther King, Jr., made the following allusion to freedom in his “I have a dream” speech in August of 1963 at the Lincoln Memorial in Washington, D.C, to commemorate the 100th anniversary of Lincoln’s “Emancipation Proclamation,” when he expounded with his emotional conclusion (which was borrowed from a Black spiritual): “Free at last. Free at last. Thank God Almighty, we are free at last.” Americans have fought in so many wars beginning with the American Revolution till the recent end of our presence in Afghanistan, all for the cause of democracy and the freedom from tyrannical government, freedom from despotic control, freedom from totalitarian, authoritarian rule, or any power which steals or stifles or squelches our yearning for freedom to do it, as Frank Sinatra so curtly put it, “my way.”

After the 9/11 attack on our sovereignty, the damage and destruction to the Pentagon and World Trade Center with the death of over 3,000 American citizens, we unified, as exemplified by Americans across the country, to impress the invaders that we would never surrender our freedom.

America’s Supreme Court is constantly debating how “living” the Constitution is as a means of establishing the rules of law and order. But for me, the document will forever epitomize freedom. 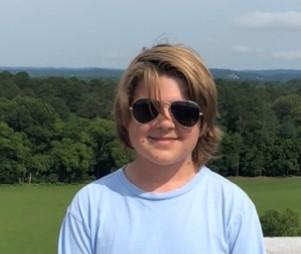 The U.S constitution means a lot to me. It allows me to be free and pursue a better life in our great country. It guarantees essential freedoms that to some people may seem trivial, but when you look at them closely, are crucial to maintaining freedom. Unfortunately, there has been an unprecedented attack on several of these amendments, most notably the first amendment and the second amendment, (the right to freedom of speech and the right to bear arms.) Both of these amendments are needed to maintain a free country. If you cannot have free speech the entire point of democracy is nullified. Without free discourse how can we be informed of each candidate that we are going to vote for? How can we be sure that the government isn’t lying to us? How can we have a civil debate and educate ourselves if there are not two viewpoints? As we have seen in history, countries that limit speech have never been free countries.
The same goes for the right to bear arms. The right to bear arms is an intrinsic American trait that allows us to be independent in our ability to defend ourselves and defend ourselves from the government if necessary. These amendments are two checks in the power of the government that protect American citizens and should not in any way be infringed upon. Several countries that prohibited citizens from having firearms were Nazi Germany, the Soviet Union, Communist China, and North Korea. None of these countries were praised for their freedom and responsible governments. In fact, these regimes have collectively murdered over 100,000,000 people. One of the founders’ greatest fears was having the United States government become too powerful, so they imposed checks and balances to curtail the power of the federal government. These checks and balances including the three branches of government and the bill of rights have succeeded for many years in allowing the United States to be the freest and most successful country ever to exist.
In conclusion, the U.S constitution means more than a lot to me. It means everything to me because it secures my freedoms and allows me to live a free and happy life. It guarantees that I will never be discriminated against, oppressed, unfairly treated, and it allows me to speak my opinions freely and defend myself. It allows me to be a strong and free American the way our founders intended Americans to be.

END_OF_DOCUMENT_TOKEN_TO_BE_REPLACED 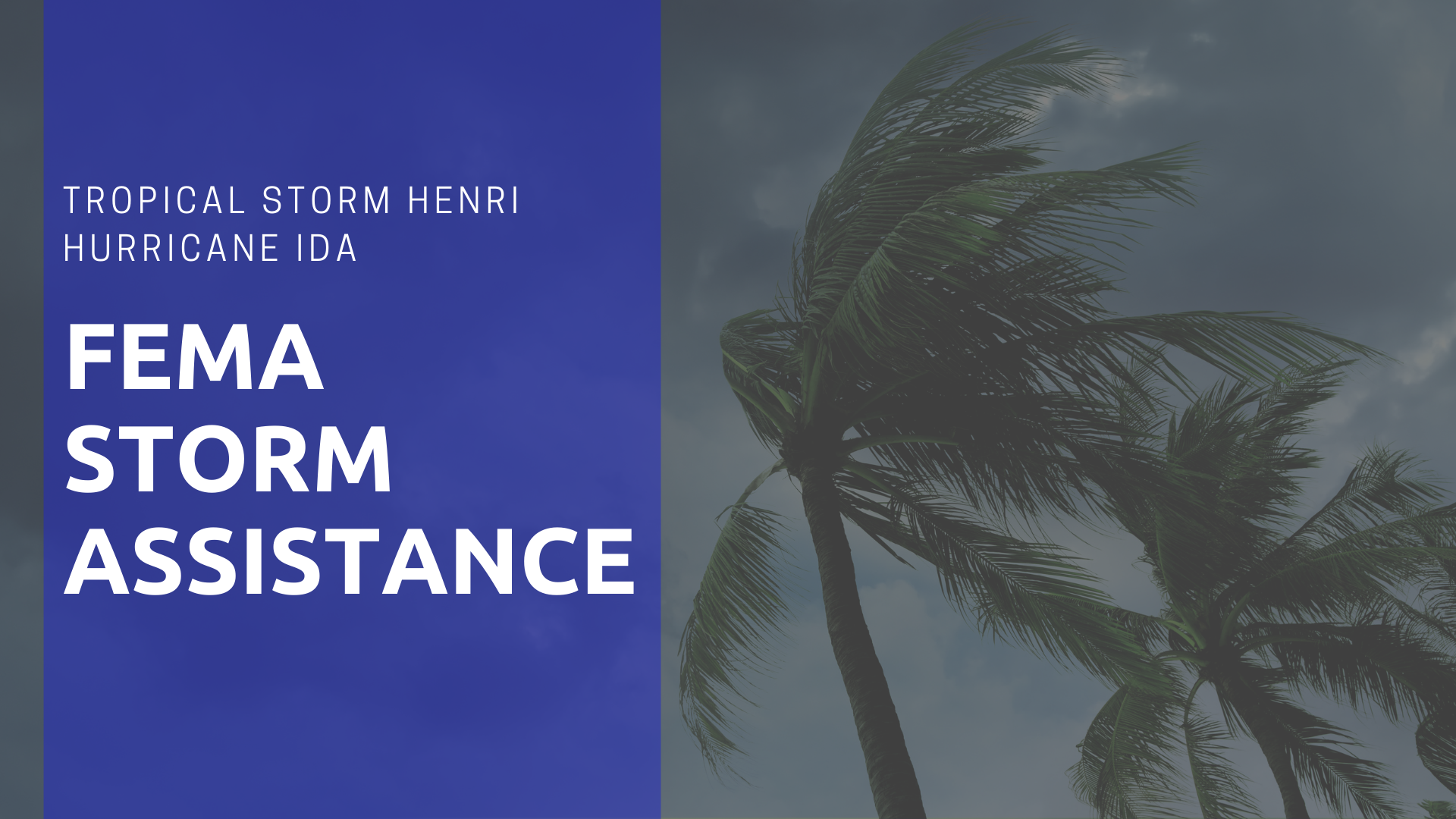 Many of you have contacted my office regarding FEMA assistance to cover the damage caused by Tropical Storm Henri and Hurricane Ida.

The deadline for municipalities…