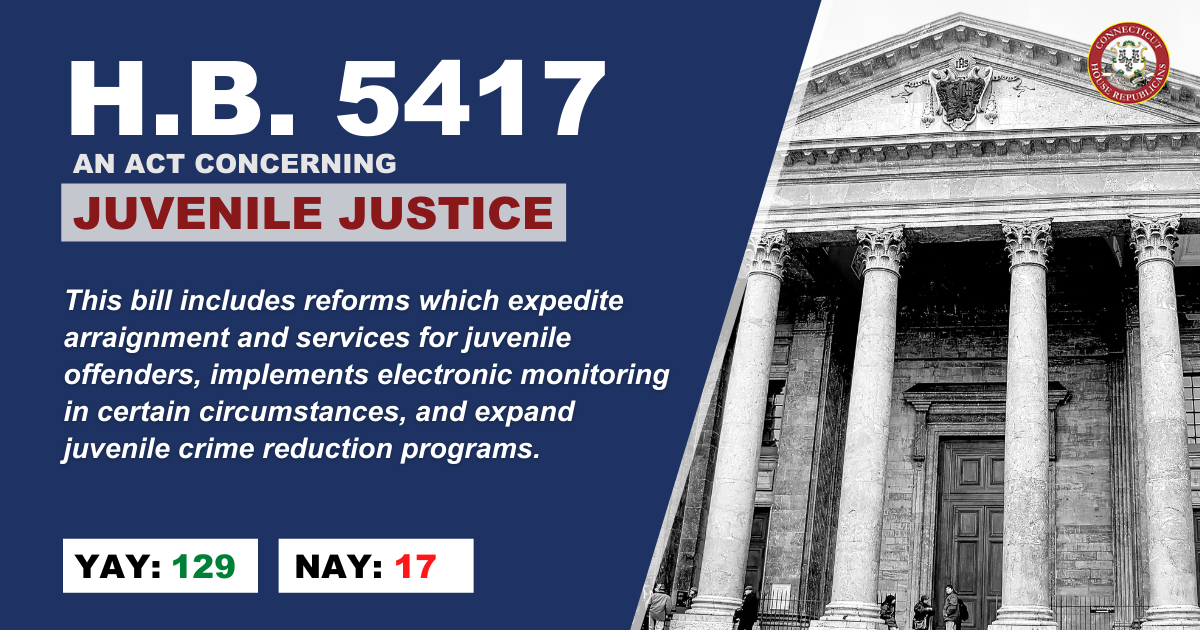 “This legislation is a good first step in curbing our juvenile crime crisis, but it is not the cure for the problem,” Rep. Kennedy said.  The bill addresses some of the critical challenges law enforcement face when attempting to solve a crime and invests in community-based programs to reduce recidivism.”

Last summer, Republicans—and the public—increased calls for action after a New Britain resident out for a jog was killed by a teenager driving a stolen vehicle. That tragedy occurred on the heels of many other headline-grabbing crimes, including youths who rammed a police cruiser in Tolland and a teenager in Hartford who was arrested twice in two different stolen cars within five hours. In the ensuing months many other crimes committed by teenagers shocked residents, from break-ins to carjackings.

During the House of Representatives debate, the Milford lawmakers joined fellow Republicans in contending that the bill could have done more.

Rep. Ferraro said, “I am glad that we were able to take some bipartisan action to curb the increase of juvenile crime in our communities, but we must do more. I have confidence that we will continue to debate this issue and find more comprehensive solutions with more serious deterrents and consequences for these offenses.”

The bill awaits action in the State Senate.