ICYMI State Rep. Devlin Op-ed on Crime: When will enough be enough? We need action on juvenile crime now. 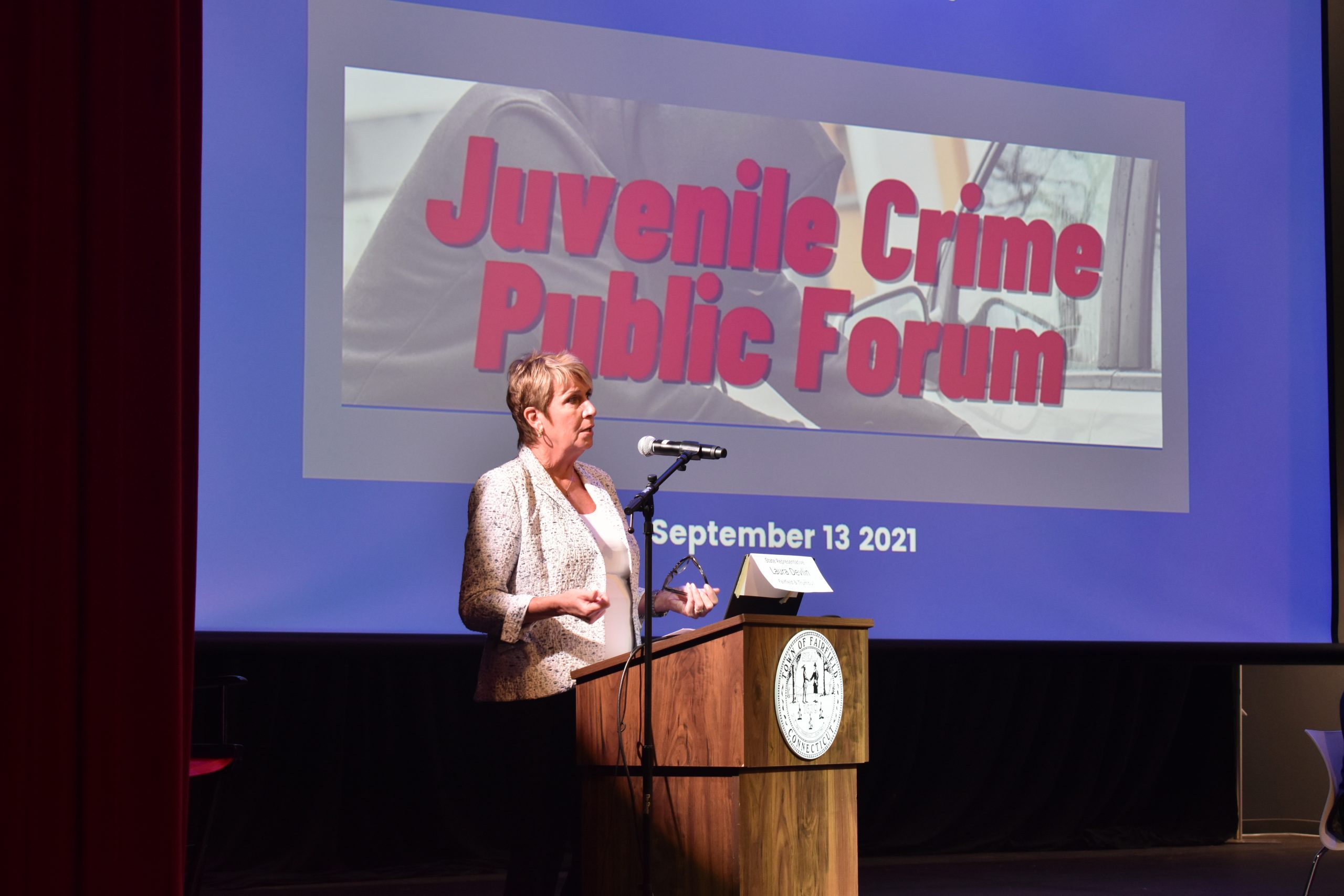 When will enough be enough? We need action on juvenile crime now.

In June, a jogger was killed in a hit and run incident by suspected teenage car thieves, there have also been multiple incidents of carjacking with small children in the cars, recurrent reports of carjacking at gas stations – one in September in Fairfield, and repeated reports of stolen cars or attempted thefts. These horrifying stories are adding up and there seems to be no end in sight.

Last Wednesday two women were robbed at gunpoint by a 15-year-old at 7:30 AM outside a school in the Southport section of Fairfield where they work. The youth, along with at least one other teen, started his morning in a stolen car in New Haven and committed robberies and a carjacking in Clinton and Branford before heading to Fairfield. After that armed robbery, he headed to Norwalk where another carjacking was attempted. While neither he nor his accomplice were caught during those crimes, he was taken into custody later that night in New Haven on unrelated charges.

The following day, a 15-year-old driving a stolen car from Trumbull was charged with attempted murder after the shooting of another teen in Bridgeport. The victim was waiting to get his 9-year-old cousin off the school bus. He is currently hospitalized in critical condition with life-threatening injuries.

As we hear from law enforcement, the cars stolen from suburban communities, like Fairfield or Trumbull, are then used for more violent, sometimes deadly gun crimes in our cities. It’s not just a property crime.

We hear over and over again that ‘there is no problem here’, the crime problem is overstated, and any uptick is largely due to Covid. The message from some, is that the crime issues in Connecticut are no worse than what’s happening across the country. As if this answer should satisfy and comfort the public, a public that wants action and real concrete solutions.

I can tell you, those I represent do not feel comforted with that answer, and when we really look at the data, it tells a different story. In 2021 alone:

Last week, after a 14-year-old boy was killed in Waterbury, Governor Lamont finally decided to address the issue through a press conference stating he’s taking action by inaugurating more judges and supporting community policing. In addition, he noted that group facilities are available for young people.

Yet none of these proposals address the central issues which prevent the police from acting and a lack of consequences for those juveniles committing these horrible crimes. Often, we hear a call for more services and wrap-around programs to steer these kids in a new direction. While laudable, the state’s judicial branch has stated that Connecticut already has more programs to prevent recidivism than any other state in the nation. What are they? Where are they? How are they funded? What are their results? Those are some of the questions we should ask and answer before adding more programs.

Republican legislators along with a few Democrat lawmakers have tried in earnest to get Democrat leaders to take action to address this serious threat to public safety, but large majorities in both the state House and Senate give their party control over the legislative agenda. Despite repeated calls by Republican leaders to bring the legislature back for a special session to address the issue of juvenile crime, there has been a refusal on the part of the governor to do so.

During the summer House Republicans issued a list of recommendations in our Prevention, Accountability, Rehabilitation plan, many of which are included in another proposal, A Better Way to a Safer Connecticut, which was introduced by Senate Republicans last month. These recommendations also align with what was shared from local law enforcement and representatives from the juvenile court system at a local community forum I hosted in September, providing both actions that can be taken now and broader policy proposals for debate in the next legislative session.

As of yet, legislative Democrats have not offered any solutions.

So, I ask. When is enough, enough? I believe we’re past that point. The time for action is NOW.