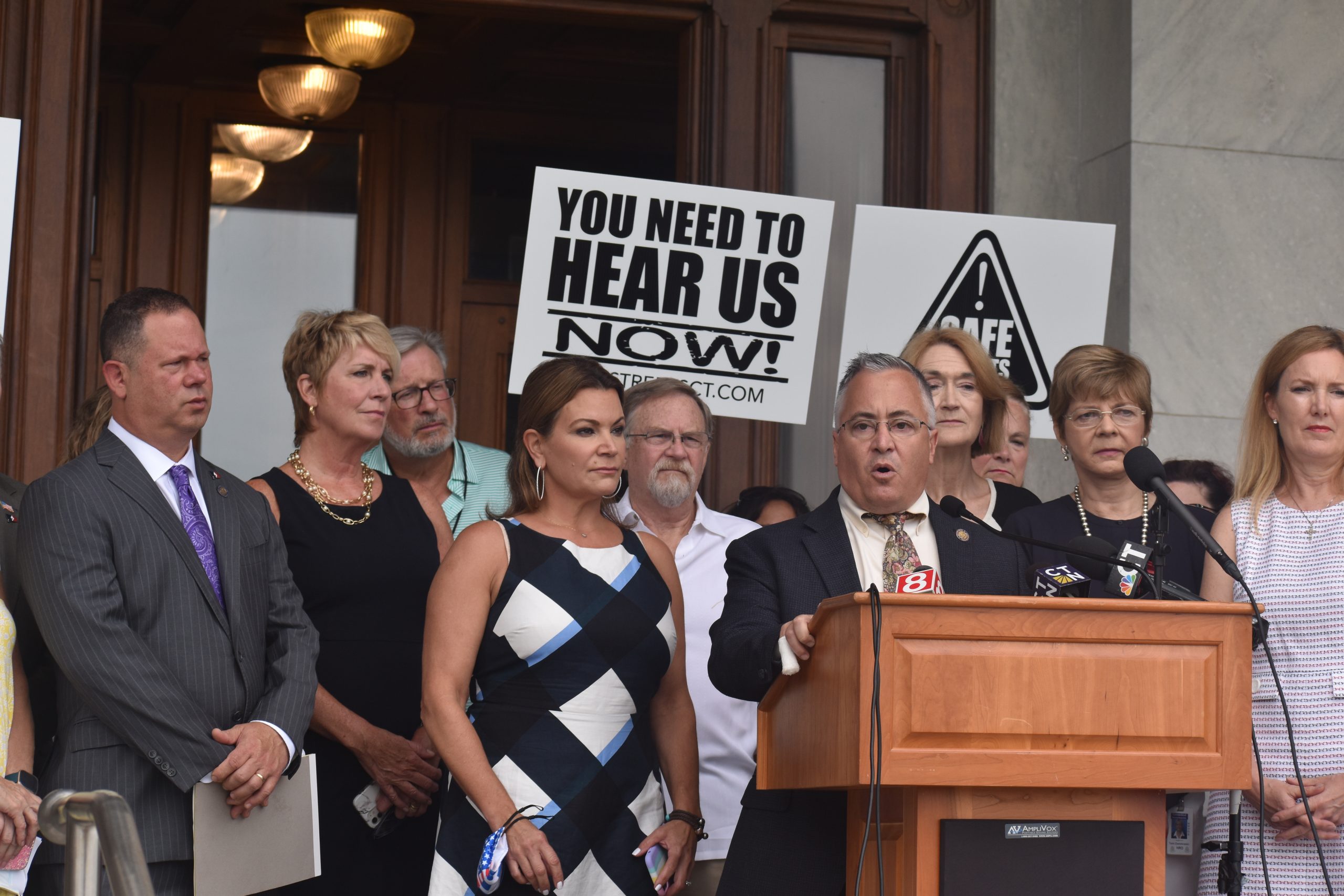 During a news conference on the North Steps of the Capitol in Hartford, House Republicans listed over a dozen specific statutory and policy changes they would make, centered around three core principles: prevention, accountability, and rehabilitation.

“People in our community are frustrated and frightened. That’s why we remain resolute in finding concrete bi-partisan solutions to protect state residents. Although we are calling for accountability, it’s not about locking people up and throwing away the key. We are also calling for diversionary and post-arrest counseling and programming, including family support services in order to give troubled juveniles the assistance they need,” said Rep. Devlin, Deputy Leader.

Amid a turbulent period of heightened juvenile criminal activity across the state — including in Trumbull, where car thefts doubled in one year alone — House Republicans petitioned for a special legislative session.

The Republican proposals can be found at www.stopcarthefts.com. Devlin is asking every member of the General Assembly to sign their petition, initiate a special session and begin debate on these proposals immediately.