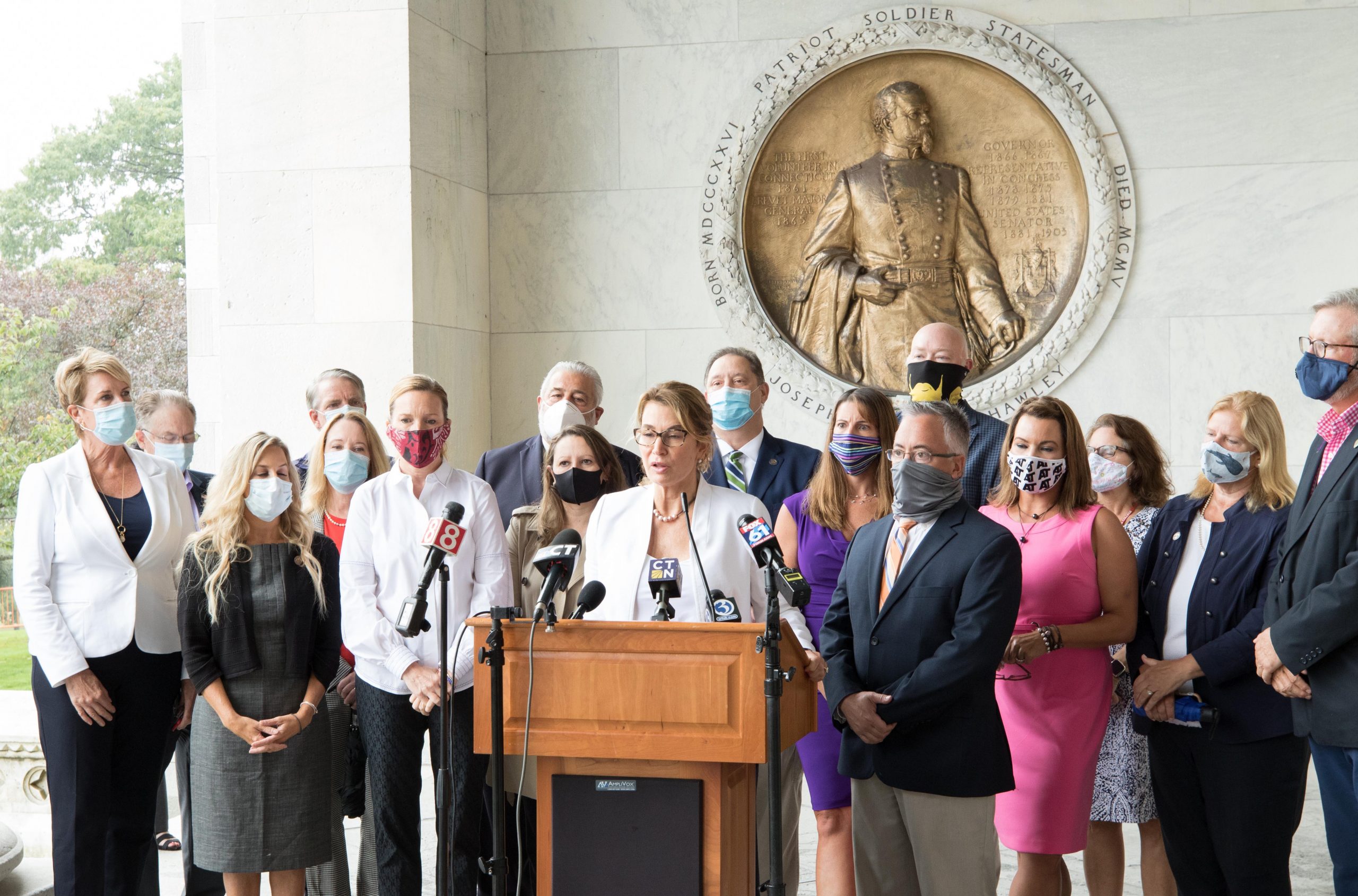 HARTFORD – State Rep. Laura Devlin (R-Fairfield and Trumbull) stood with House Minority Leaders Themis Klarides and Vincent Candelora, along with many fellow House members at the State Capitol on Wednesday to publicly oppose Governor Ned Lamont’s filing to extend his executive powers that were granted due to COVID-19. The order granting these powers is set to expire on September 9, but the governor has declared his intent to extend those powers until February 9, 2021, which overlaps with the start of the upcoming legislative session set to begin on January 6, 2021.

The Governor’s Declaration will automatically go into effect after a 72-hour window, unless the ‘Committee of Ten’ – which includes the Chairs and Ranking Members of the Public Health Committee and House and Senate leadership – meet and accept or reject the extension of his emergency powers. With a majority vote needed to reject the governor’s request, Democrat leaders must join with the minority.

“This isn’t about whether or not Governor Lamont has done a good job handling the pandemic. I think the numbers show that he has done a good job,” said Rep. Devlin following the press conference. “But Connecticut is in a different place now than it was in March. We need to restore our state government with the checks and balances that exist through the co-equal legislative and administrative branches. With a legislative special session called in July and one planned for September, we have already shown the ability for the legislature to operate during this pandemic.  At the very least, a meeting should be held to put on record the various positions regarding the governor’s request.”

The majority party leaders have agreed as of September 3 to meet September 4 at 8am.

“We will continue to work with our Democratic colleagues to resolve our differences. The 10-member committee should exercise its authority and weigh on the Governor’s decision to extend the Executive Orders through Feb. 9, 2021.”