Reps. Devlin and Farnen to Stand with Fairfield Police Department 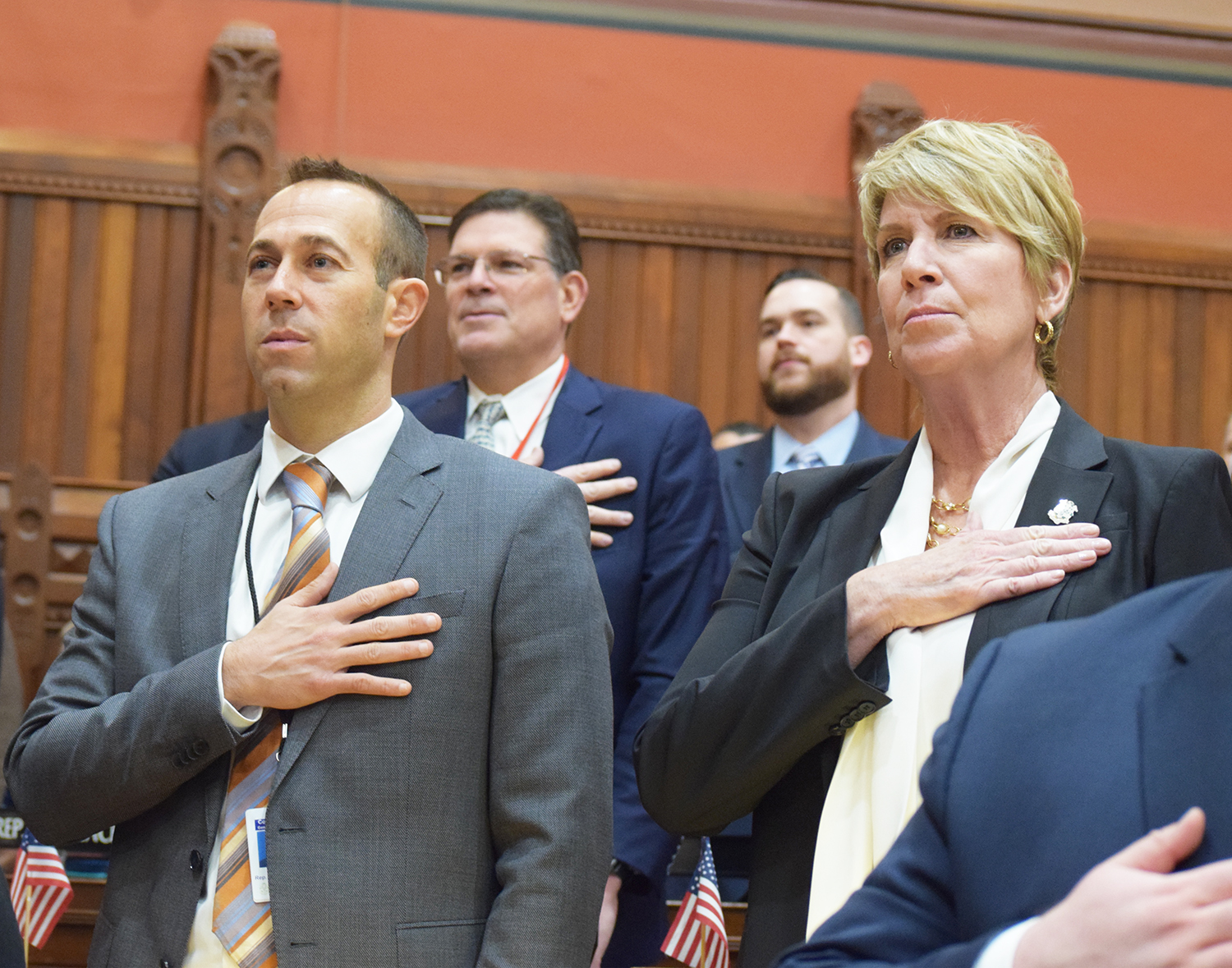 FAIRFIELD- In solidarity with local law enforcement, State Reps. Laura Devlin (R-134) and Brian Farnen (R-132) will stand alongside the Fairfield Police Department and its dedicated officers on Monday, July 27th at 4:00 PM, at the Fairfield Police Department to discuss passage of the police accountability bill in the House of Representatives after an overnight legislative session that went well into the next morning.

The bill, HB-6004, as written puts our police officers at risk, makes it harder to recruit and retain police officers, has the potential to cost millions of dollars to police officers and municipalities, and endangers the communities the legislation claims it’s trying to protect.

Rep. Devlin said, “I am proud that our Fairfield Police Department has already adopted many of the reform provisions included in the bill, it is important that other towns adopt them too and there is always room for improvement for any police department including our own. However, certain provisions in this one sided bill put our police officers at risk and that is not acceptable.”

“The fact is Rep. Devlin and I really wanted to pass a true bipartisan reform bill that addresses the concerns of all stakeholders, especially in light of the protests held nationwide after the murder of George Floyd by law enforcement,” said Rep Farnen. “We are saddened that a bipartisan approach was ignored as I believe a unified approach would be a small step in helping our state heal and would show our state above the political polarization we sadly see elsewhere in our country.”

Both Fairfield lawmakers supported many aspects of the bill but found a few harmful provisions made the bill untenable to vote for. Important reform provisions in the bill include :

Creating a new position for an independent inspector general with subpoena powers to investigate and prosecute police shootings and illegal use of force
Requiring body cameras for all officers
Calls for allowing towns to create civilian review boards
Requiring mental health screenings for officers at least every five years
Making it easier to de-certify rogue officers so they cannot be rehired by other departments unless they are re-certified
Both lawmakers voted to strip out the provision of the bill that eliminated qualified immunity for law-enforcement officers but that bipartisan amendment failed on a 72 to 72 vote. That provision opens the door to frivolous and costly lawsuits against law-enforcement officers in a personal capacity.

Fairfield Police along with State Reps. Farnen and Devlin are calling on the State Senate to change the bill so it addresses strong and needed reforms but does not put law-enforcement at risk of harm both physically or financially.

The bill now heads to the State Senate for debate and a vote before the governor signs the bill into law.