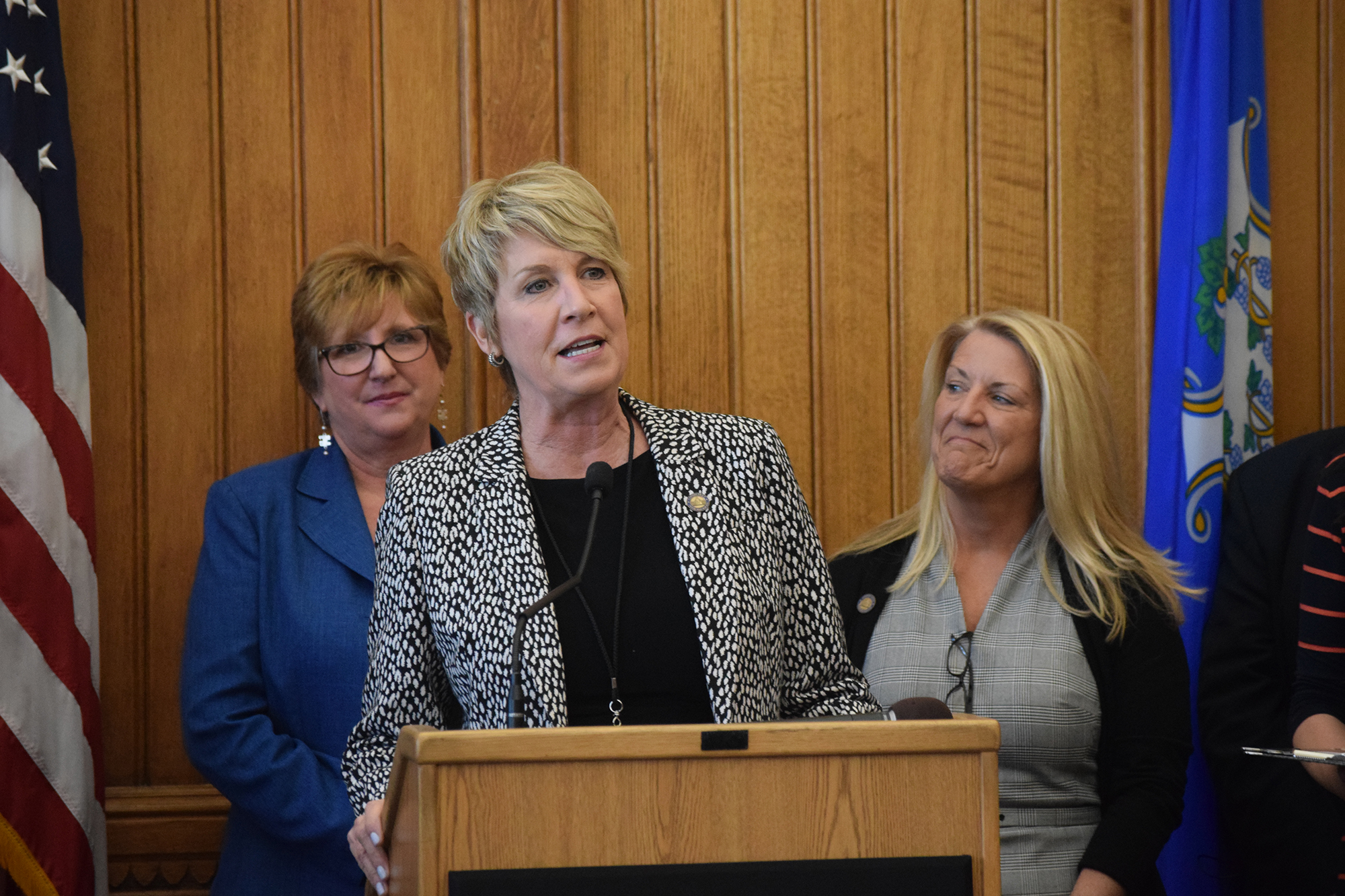 HARTFORD- To promote Autism Awareness throughout Connecticut, State Rep. Brenda Kupchick (R-132) and Laura Devlin (R-134) joined fellow lawmakers and advocates at a ceremony for Autism Awareness Day at the State Capitol, Wednesday April 17th.  The ceremony was filled to capacity with legislators, parents and individuals affected by Autism, all meeting to provide support and promote acceptance. 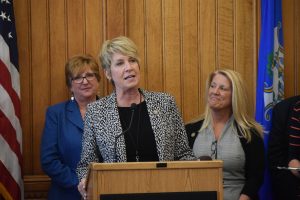 With National Autism Awareness Month being in April the ceremony was held to highlight the growing need for concern and awareness about autism and developmental disabilities.

Today’s program: Conquering the Cliff: The Journey Into Adulthood is looking at developing supports and service models to meet the needs of individuals with autism are entering the adult world for service providers and families as the adult population increases each year.

Autism is a complex neurobiological disorder that affects one’s ability to communicate and relate to others. Symptoms can range from very mild to quite severe, and this range has been called Autism Spectrum Disorder which covers not only Autism, but Asperger’s Syndrome and PDD-NOS.

In 2015, both Devlin and Kupchick voted to establish Bill of Rights for Students with Autism which gives parents of children who receive special education in Connecticut, a bill of rights outlining educational and transitional services available to them.

Also in 2013, Kupchick supported a new law that requires certain health insurance policies to at least maintain current levels of benefits for those who were diagnosed with autism spectrum disorder before the (fifth) edition of the Diagnostic and Statistical Manual of Mental Disorders (DSM) is released.

Beginning in 2015, the state Department of Social Services is expanding its coverage of Autism Spectrum Disorder (ASD) evaluation and treatment services for Medicaid enrolled members (HUSKY A, C, or D) under the age of 21 for whom ASD services are medically necessary.

The Centers for Disease Control and Prevention (CDC) estimates that 1 in 59 in multiple communities in the United States has been identified with autism spectrum disorder (ASD). Boys are four times more likely to be diagnosed with autism than girls.