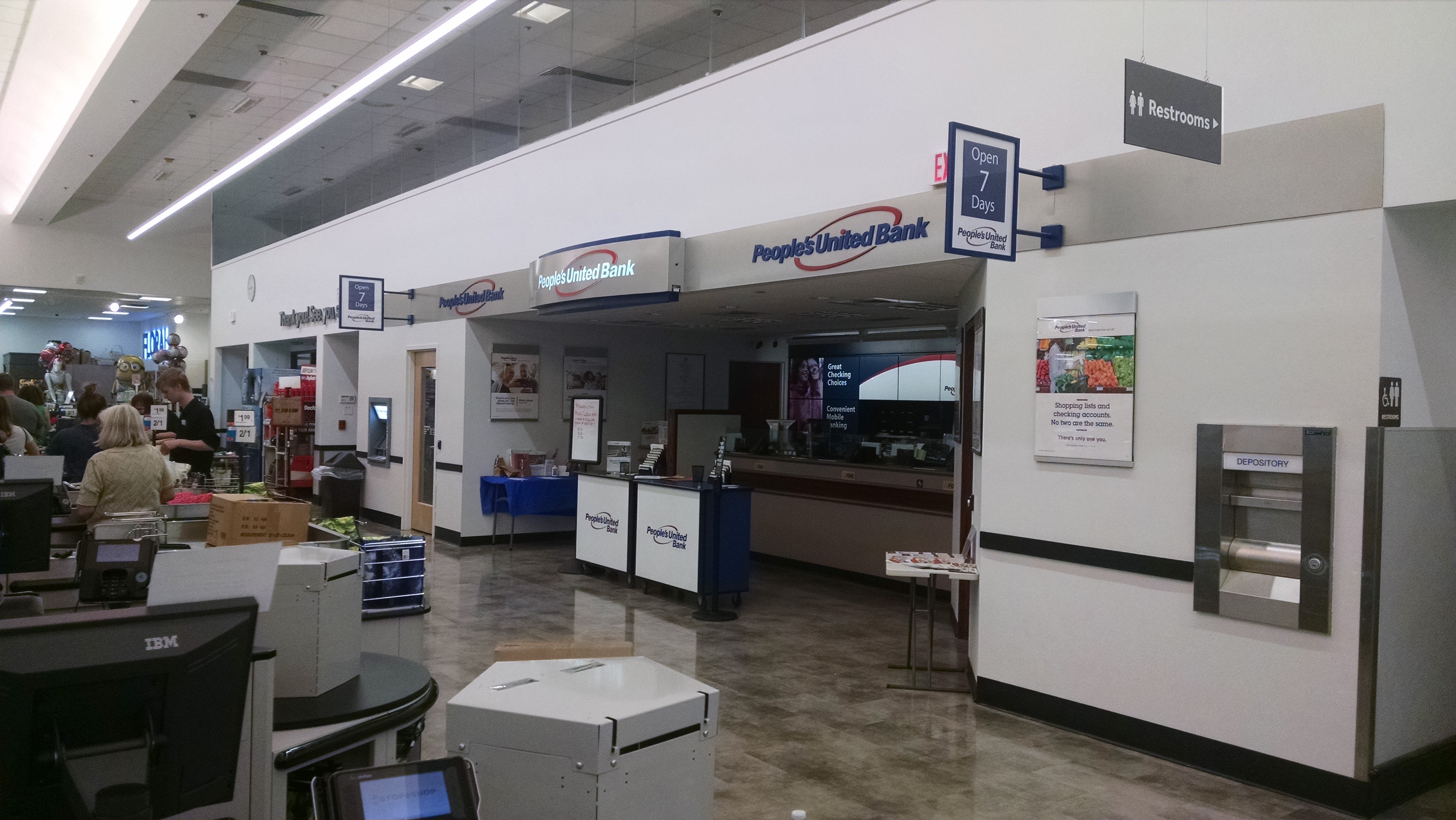 State Representatives Tom Delnicki (R – South Windsor) and Jason Doucette (D – Glastonbury/Manchester) recently submitted comments and concerns to the Commissioner of the state Department of Banking regarding the proposed merger between People’s United Bank and United Bank, a deal valued at approximately $759 million.

While the merger would help People’s United Bank increase its presence in the Connecticut and Massachusetts markets and reduce overhead costs, the legislators are worried it will have adverse economic impacts in eastern Hartford County due to the high saturation of the two banks in the area.

“I am very concerned over this,” said Rep. Delnicki, a ranking member of the Banking Committee. “This merger will have a tremendous impact in my district, not only from the standpoint of people who utilize these two banks but also the people that work there. We are reaching a crisis situation in community banking or lack thereof – we must take action in the next session to address this issue.”

“This merger has potential to decrease regional competition and eliminate branch locations and jobs,” said Rep. Doucette, who serves as Acting Chair of the legislature’s Banking Committee. “We support the growth of Connecticut’s banking industry, but we have an obligation to our districts and the community as a whole to express our concerns over how this merger may impact communities east of the Connecticut River. We ask that these two banking institutions work to mitigate potential consequences.”

HHI is a calculation used to determine market saturation. Values greater than 2,500 indicate a high level of concentration. Generally, when HHI increases between 100 and 200 points, concerns over competitiveness often arise, warranting scrutiny by regulatory authorities. With decreased competitiveness and an agency’s increased market power, prices for consumers could increase, and consumer choice could decrease.

Below you will find a letter from Ranking Member Delnicki and Rep. Coucette who serves as Acting Chair of the legislature’s Banking Committee regarding the proposed merger of People’s United Bank, NA and United Bank. 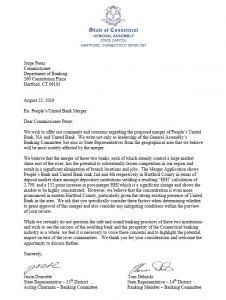