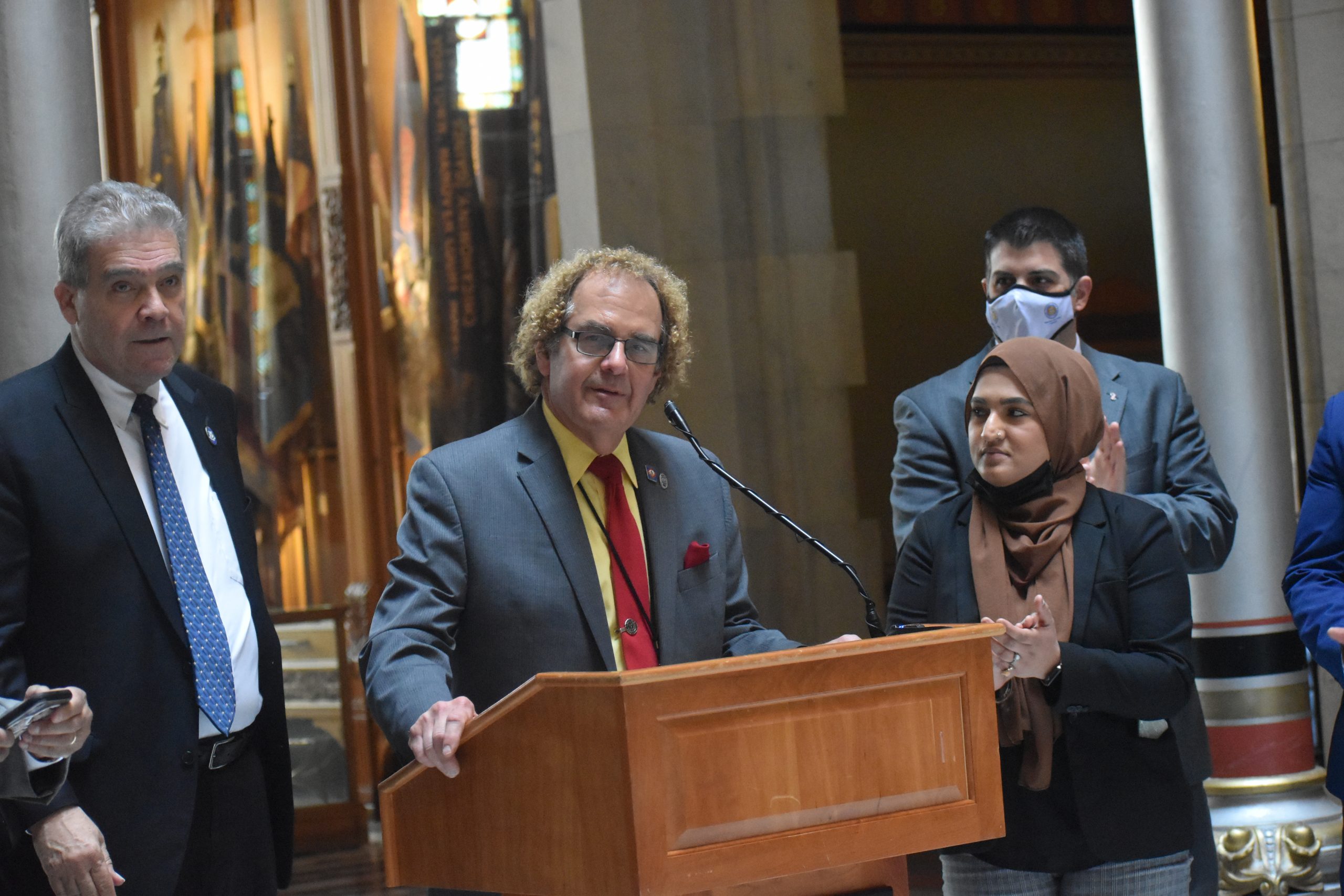 Rep. Edwin Vargas (D-Hartford) and Rep. Tom Delnicki (R-South Windsor) held a press conference today in the Hall of Flags at the State Capitol Building to urge support and passage of Senate Bill #180 that received a bi-partisan and unanimous vote out of the Banking Committee.

“I have heard many horror stories from constituents and state residents about being blindsided by liens that have been purchased by outside companies and increased many times from original tax bills, effectively throwing them out of homes they have lived in for decades,” Rep. Vargas said. “It’s high time we address this practice of stealing homes from people under the guise of a legal procedure by reining in the interest that can be charged on property tax liens.”

“This bill permits homeowners to catch their breath at a lower and fairer interest rate. The last thing I want to see, is a person lose their home because their interest rate has compounded to an unmanageable amount. This proposal protects homeowners and our local taxpayers,” said State Rep. Delnicki, who is a co-sponsor of the bill.

Senate Bill #180, An Act Establishing the Interest Rate for Certain Municipal Tax Liens addresses third party purchasing of property tax liens and the subsequent charging of exorbitant interest. Many homeowners, particularly seniors, are placed at a severe disadvantage and the loss of their homes through this egregious practice.