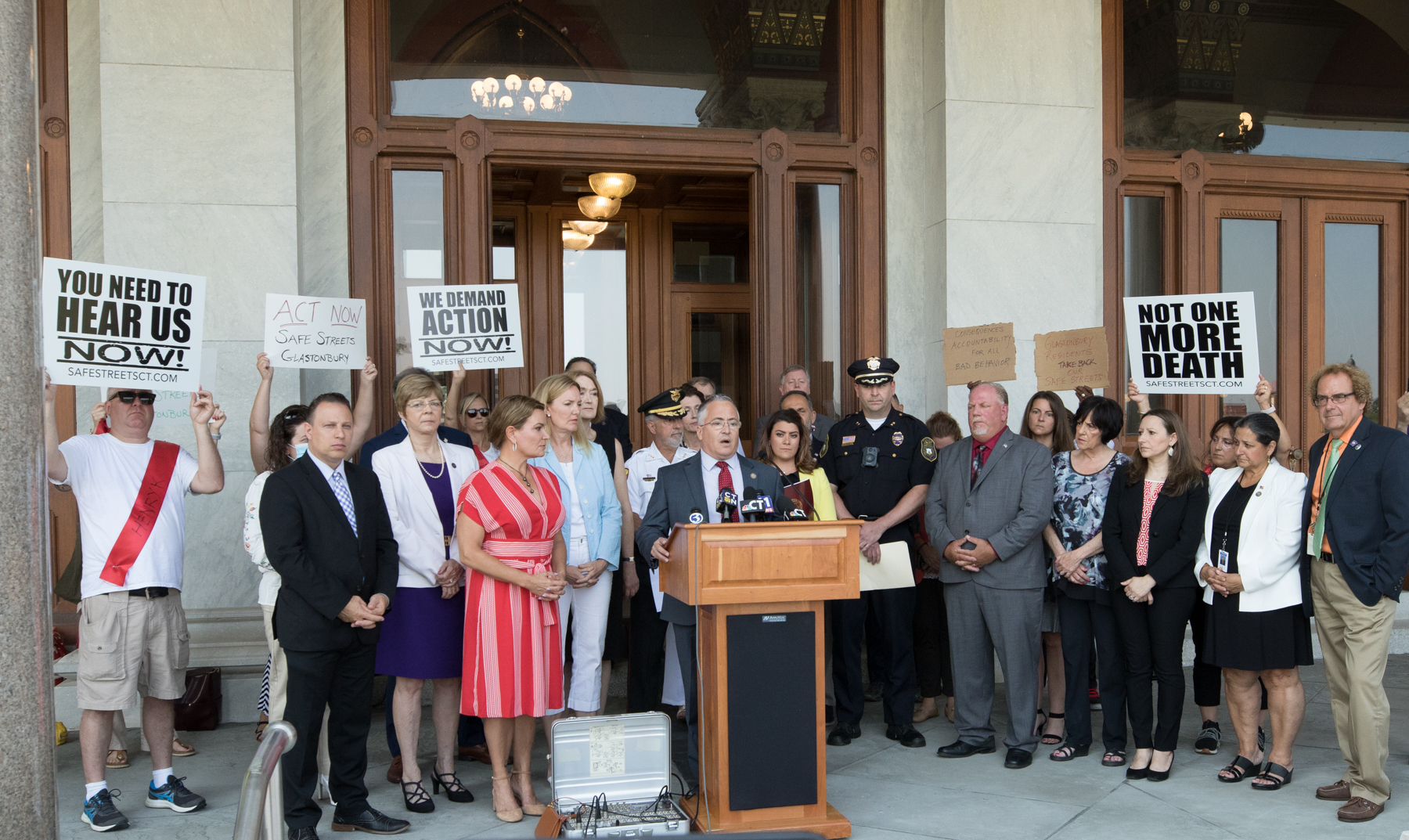 State Representative Tom Delnicki joined House Republicans on Wednesday, July 7, 2021, in calling for immediate legislative action on the juvenile crime crisis that has gripped communities throughout the state, officially launching a petition effort to bring all state lawmakers into session to implement reforms.

“The recent tragedy in New Britain has brought focus to the Juvenile Crime Crisis. I’d like to thank my friend Mayor Erin Stewart for coming forward to recount the tragedy and her leadership on this issue. I stand in support of a special session to act now before another life is lost,” said Rep. Delnicki. 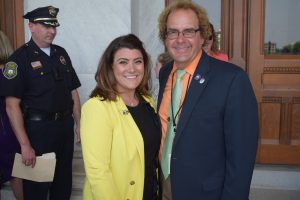 New Britain Major Erin Stewart and State Representative Tom Delnicki (R-14) gathered on the steps of the Capitol in Hartford after a news conference to address the issue of motor vehicle thefts by juveniles.

“This is not a city or a suburb issue, it is a Connecticut issue and the time to act is now,” added Rep. Delnicki.

Rep. Delnicki was among the more than 40 legislators who attended a news conference at the Capitol, where he was joined by chief elected officials and top law enforcement officials from New Britain and Wolcott—the sites of crimes last week that intensified the spotlight on the state’s juvenile justice system. The crime in New Britain, where a 53-year-old pedestrian was killed when he was struck by a stolen vehicle, raised alarm statewide when it was revealed that a 17-year-old charged in connection with the crime had been arrested 13 times in less than four years.

In their call for action Wednesday, the Wolcott legislators and House Republicans say the General Assembly must enact legislation concerning juveniles who are repeat felony offenders. Among the concepts they say should be considered are: