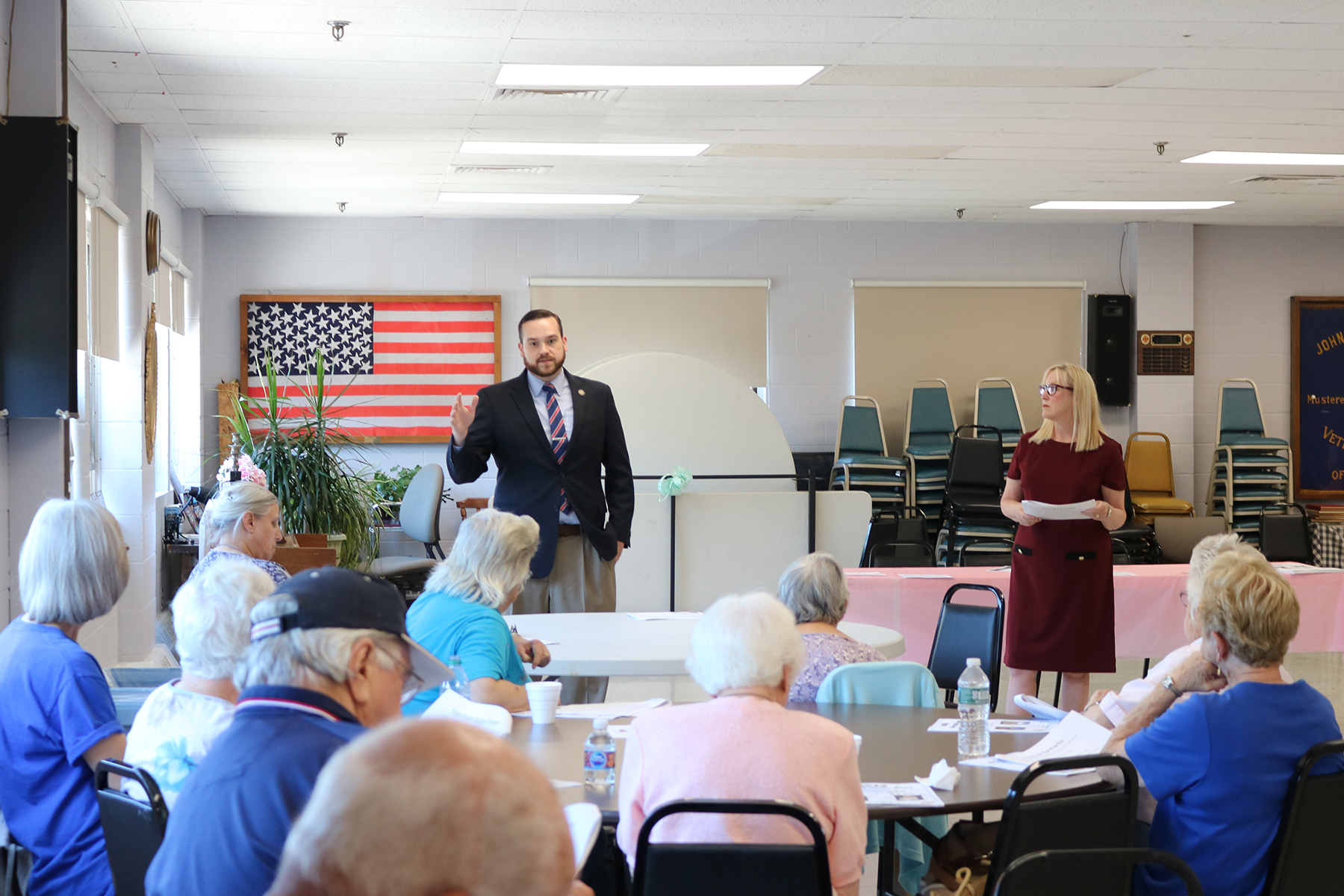 EAST WINDSOR – State Representatives Christopher Davis (R-57) and Carol Hall (R-59) hosted legislative updates on the recently concluded 2019 at the Town Hall on June 26th and at the Senior Center on July 9th.

“There is very little in the budget that could have a positive impact on our state’s economy or produce long term savings,” said Rep. Davis. “I believe this budget will make it much harder for us to attract businesses and create jobs. Kicking the can down the road on state employee pensions will add billions more in interest payments and create more uncertainty for the future.”

“The most recent concrete proposal for tolls put forward by Governor Lamont called for up to fifty toll gantries on I-84, I-91, I-95 and the Merritt Parkway,” said Rep. Hall. “Republicans remain united against tolls and grassroots opposition from the public prevented the legislation from moving forward. While the details have been ‘intentionally’ vague, the Lamont administration has been seeking a consistent revenue number of nearly a billion dollars, most would come out of the pockets of Connecticut residents.”

The Representatives also shared some positive developments regarding workforce development and training initiatives to help fill job openings in the manufacturing sector.

The Office of Legislative Research produces reports on major legislation, these reports can be viewed at www.cga.ct.gov/olr.