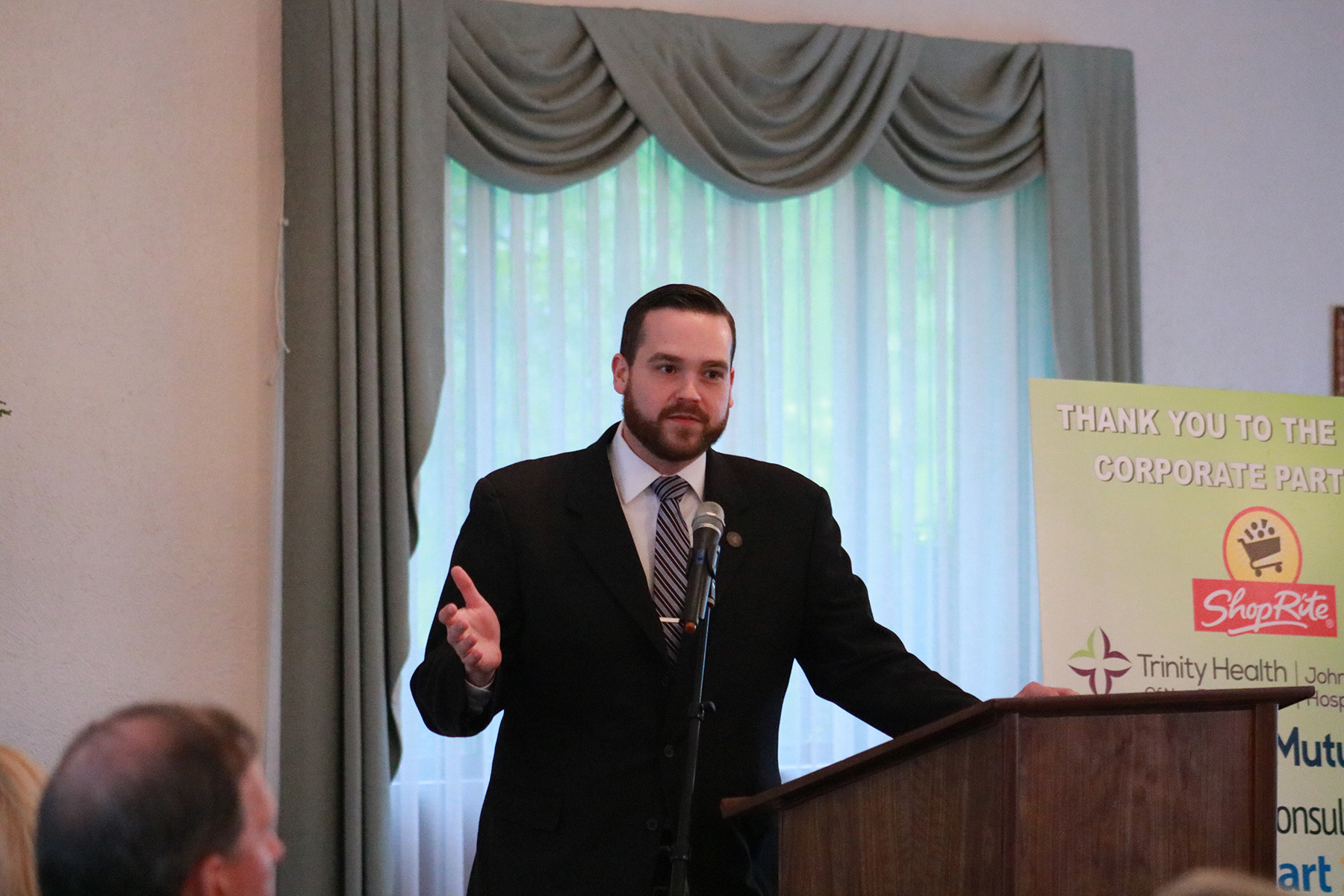 “Many have commented that this past session has been the most anti-business in quite some time. From a $50 million tax hike on small businesses, expanding and increasing sales tax rates on certain items and increasing the minimum wage to $15 the majority in the legislature ignored the concerns expressed by employers at every turn,” said Rep. Davis.

Questions from the audience focused on two of the most controversial issues during the session; tolls and paid family and medical leave.

“The decision on tolls has been left for a special session this summer,” said Rep. Davis. “The current proposal calls for up to fifty toll gantries on I-84, I-91, I-95 and the Merritt Parkway. The details about the number, locations and rates have been vague, however the administration is seeking a consistent revenue number of about a billion dollars, the vast majority of which would come from Connecticut residents.”

Rep. Davis noted that Connecticut would have the most generous paid family and medical leave in the country. Additionally, the program requires workers at companies with at least one employee to pay a .5% mandatory payroll tax.