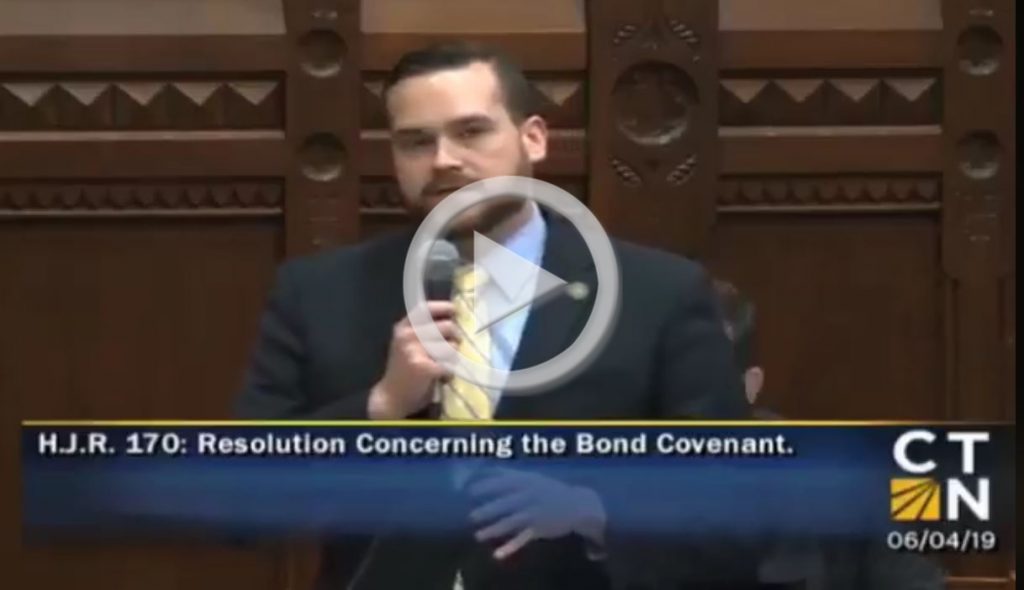 HARTFORD – State Representative Christopher Davis (R-57) offered an amendment on HJR 170 ‘Resolution Concerning the Bond Covenant’ that would have clarified the intentions of the legislature and condemned the 20 year $500 million bailout agreed to by the Malloy administration, State Treasurer and the City of Hartford.

“As part of the compromise budget agreement in 2017, the legislature offered financial assistance to the City of Hartford to help it avoid bankruptcy with a two-year $40 million bailout. Without legislative approval and against the legislature’s clear intent, the Office of Policy & Management and the State Treasurer instead agreed to a massive half a billion dollar deal for two decades,” said Rep. Davis. “This amendment makes clear our intent.”

The amendment failed on a mostly party line vote with only one Democrat joining Republicans to support the resolution. According to the non-partisan Office of Fiscal Analysis, the resolution would not end the bailout, but would call into question the legal authority of the agreement and potentially open the agreement to a legal challenge.

In 2018 the legislature passed SB 528 ‘An Act Concerning State Contract Assistance Provided to Certain Municipalities’ which would have ended the bailout. The measure was vetoed by Governor Malloy and his veto was sustained by Senate Democrats.