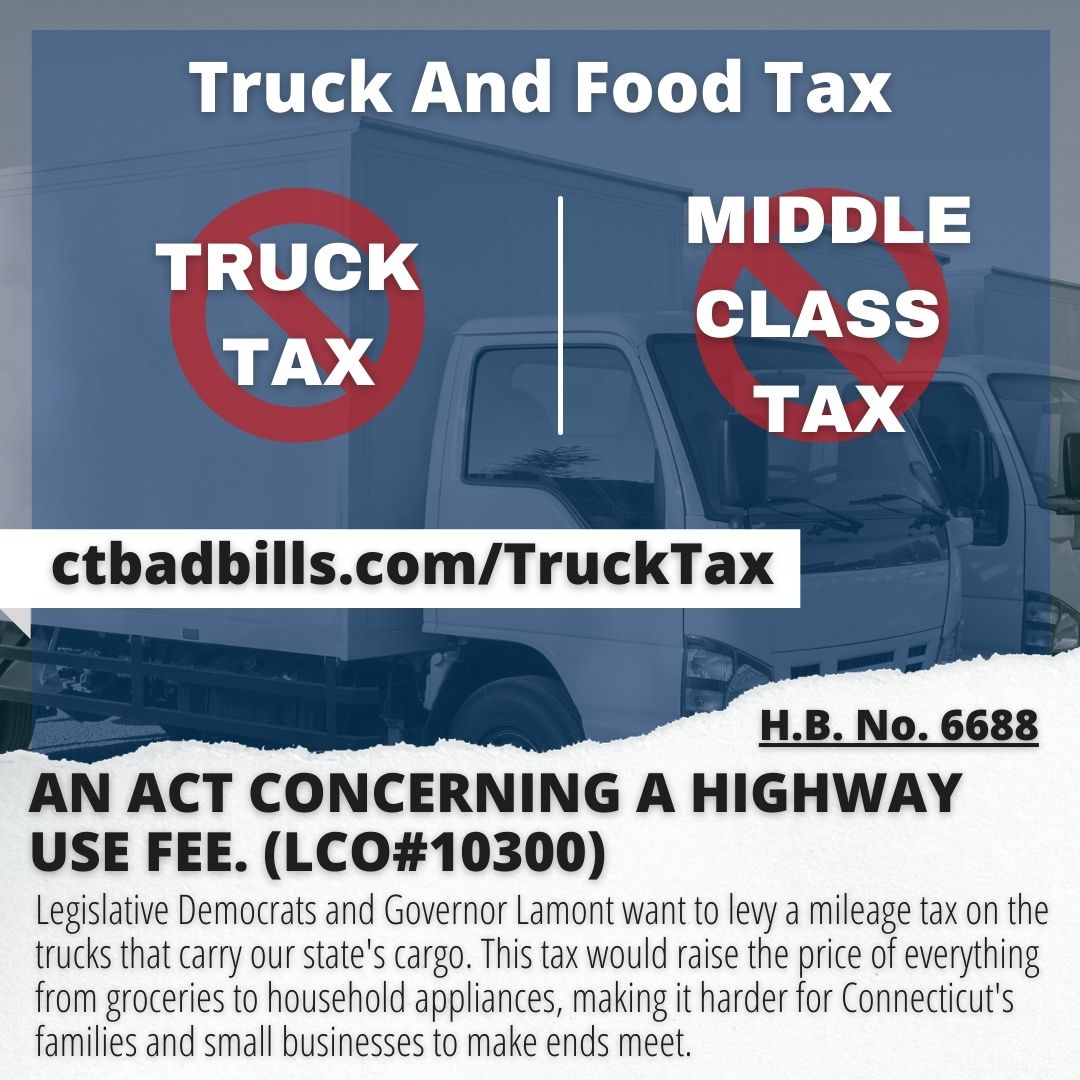 HARTFORD– On Tuesday evening, State Representatives Anne Dauphinais (R-44th) and Rick Hayes (R-51st) voted against H.B. No. 6684, An Act Concerning A Highway Use Fee , a new highway use tax on trucks that food and trucking industry advocates say will increase the costs of goods and services in Connecticut.

“One amendment aimed to use the tax dollars Connecticut residents are already paying to make necessary road repairs. We realize we have roads that absolutely need to be repaired, but by rejecting our amendment, Democrats once again are telling taxpayers that they need to pay more in order for these repairs to be made. This is a bad bill that keeps increasing taxes on the residents of this state and there is no way I could support the bill as written,” said Representative Dauphinais. “This is just another example of  legislation that was passed by Democrats who rejected every sensible, Republican amendment without compromise.”

The Special Transportation Fund could dip below $100 million by the end of this fiscal year and could be depleted in 2024.  Democrats sought to impose a tax on trucks based upon their weight and distance traveled. They expected to raise $90 million in new revenue annually. Democrats initially intended to include this proposal in their budget as well as their Transportation and Climate Initiative gas tax, but shelved the latter after public outcry. They removed the truck tax, putting it in a separate bill in a bid to win budget support. Democrats rejected the STF proposal (LCO 10534) from Republicans in a 94 to 53 vote. Democrats who worried about the bill’s impact on dairy farms in their districts passed an amendment to exempt the industry. Republicans, sensitive to the bill’s impact on family budgets, offered another amendment (LCO 10638) to exempt trucks used for retail or wholesale food delivery, agricultural commodities, or farm supplies. Majority Democrats rejected that amendment in a 90 to 57 vote.

“In one breath, the governor says no new taxes, but what was just voted on here tonight tells another story. We fought this hard for six hours but as expected, the majority Democrats have their way and any amendments that we tried to put into this bill to attempt to make it better failed. I hope people across the state are paying attention to what is going on in this building,” said Representative Hayes. “The trucking companies will have to recover their lost money and you better believe that burden will be on the consumer.”

Democrats passed their truck tax in a 88 to 59 vote with all Republicans voting against the bill. The 2021 regular session adjourns at midnight on Wednesday.