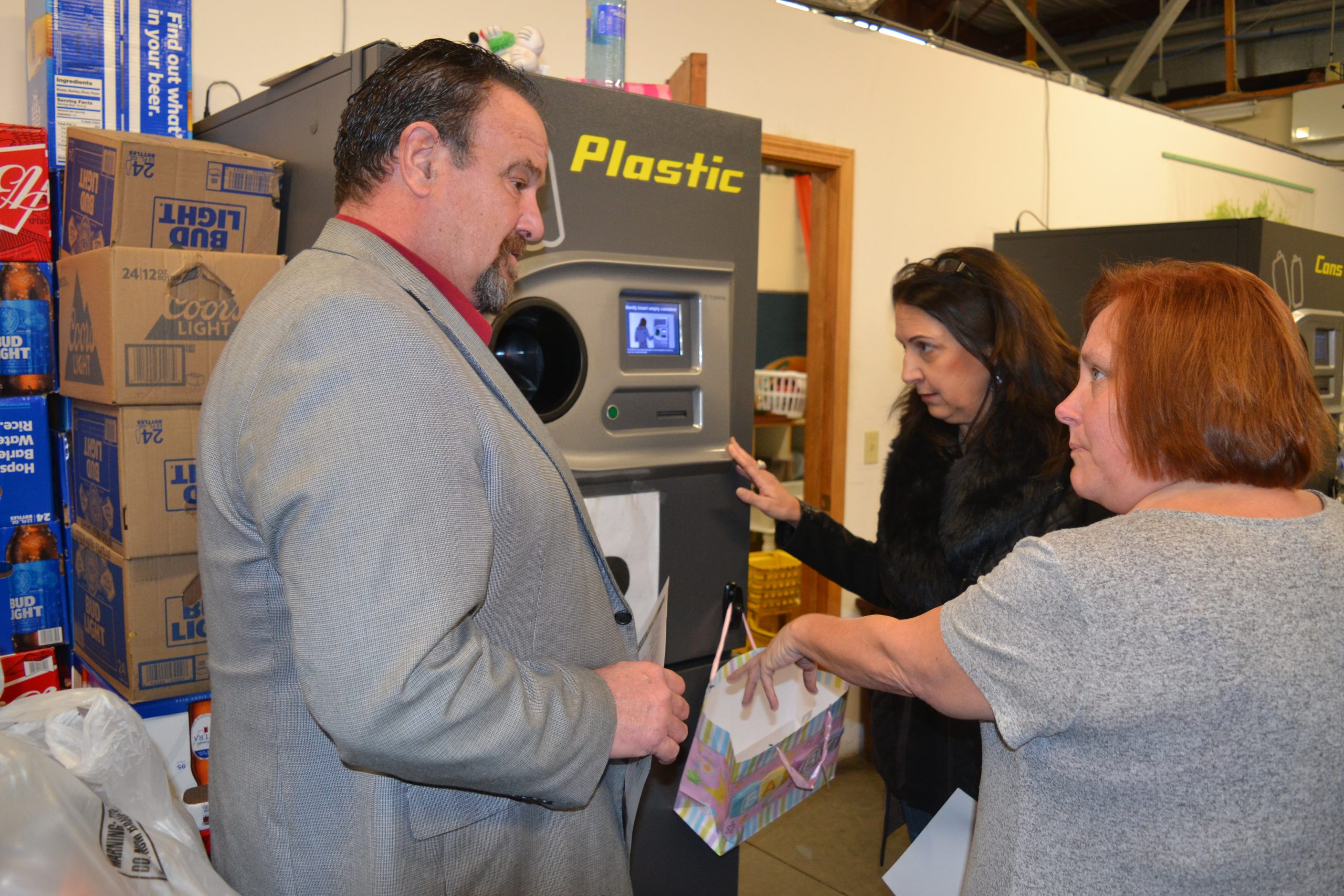 WOODSTOCK – Earlier this week, State Representatives Anne Dauphinais (R-44) and Rick Hayes (R-51) were invited to the Arc’s Bottle and Can Redemption Center in Woodstock to get an up-close view of what is being done at the facility and hear more about how it operates.

One of the topics discussed during the event was Connecticut’s current bottle bill and previous legislative attempts to update its current language. Proponents who support the update seek to increase the redemption rates for the items currently being collected while also expanding the types of plastic containers deemed recyclable. Currently plastic nip and Gatorade bottles, among others, don’t fall under the list of acceptable recyclables like beer cans and bottles do, and therefore discarded as regular waste.

“Last session, as a member of the Environment Committee, I listened to many hours of testimony about the status and effectiveness our state’s current bottle bill. Despite no action taken being taken at that time, I do anticipate many more discussions on this subject as we prepare for the 2020 legislative session,” Rep. Hayes said. “I would like to thank the Arc of Eastern Connecticut for hosting this open discussion and offering their perspective as a redemption center. The dialog with the ARC staff and many of my legislative colleagues will be helpful as we move forward.

“I want to thank everyone involved for the opportunity to come here and better understand how the redemption center collects and processes recyclables,” Rep. Dauphinais said.  “It was mentioned that there is approximately 30 million in unclaimed deposits. Unfortunately, rather than this money being appropriated for the purpose of keeping Connecticut’s land and waterways clean, it’s placed into the abyss of the General Fund where it can be spent on any number of unrelated things. I believe this unclaimed money would be best suited for the purpose of keeping Connecticut clean and preserving its natural beauty not in the General Fund bucket where no one knows how it’s being spent.”

Woodstock’s redemption center currently employs ten people with intellectual and developmental disabilities who help processes over 50,000 items a week.  In addition to the center, the northeast corner has eleven different collection sites scattered throughout the towns of Brooklyn, Dayville, Putnam, Thompson and Woodstock which also collect clean and redeemable recyclables. All cans and bottles donated via these bins or at the redemption center itself go to benefit the Arc and Arc related programs.

The redemption center is located at 22 CT-171 in Woodstock. For more information, visit thearcct.org.