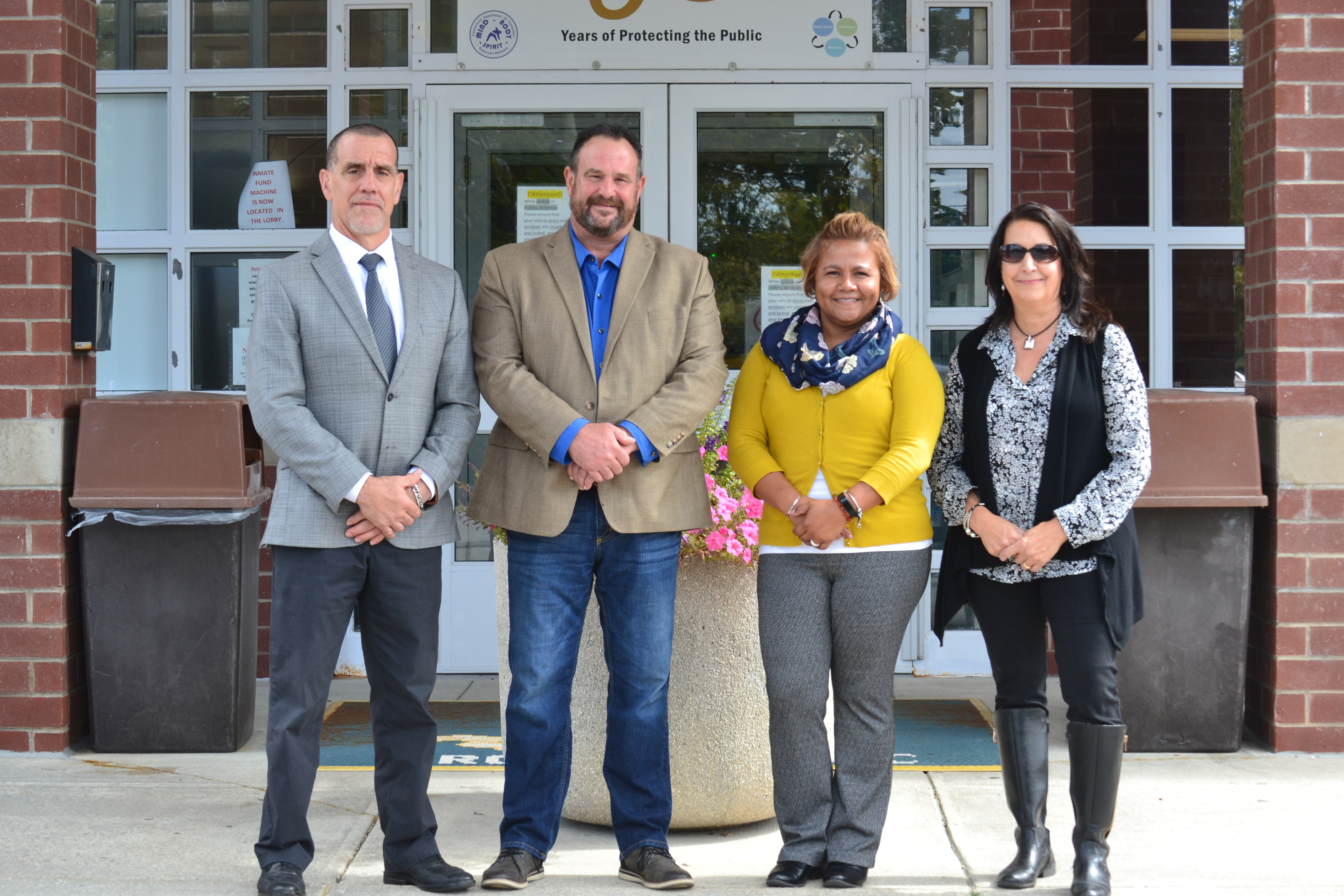 BROOKLYN- In an effort to learn more about the facility and the Capitol’s impact on Connecticut’s correctional system, State Representatives Anne Dauphinais (R-Killingly) and Rick Hayes (R-Putnam), who both serve as members of the legislatures Judiciary Committee, received a personal tour of the Brooklyn Correctional Institution by its current Warden Stephen Faucher and Deputy Warden Yadira Otero-Negron.

As part of the tour, the lawmakers were able to witness how the facility operates, discuss how various legislative proposals would positively or negatively impact the facility and/or those incarcerated there.

Lawmakers specifically discussed HB-6714, a bill proposal that came up during last session, that if passed, would have provided free telephone calls for those incarcerated. The census among those on the tour was that free calls could create a host of problems, most notably gang related activities that would stem over ownership of the phones and an internal prison hierarchy regarding when and who can use them.

“The tour provided us with an opportunity to go inside a Connecticut prison and see the inner workings first-hand, Rep. Dauphinais said. This experience gave us a sense of what correctional officers, staff, and inmates experience on a day-to-day basis and any challenges they may face working in this type of environment.”

“I would like to thank Warden Faucher and his staff for the tour, it was an extremely educational experience,” Rep. Hayes said. “As a legislator, it is important to understand the inner workings of our correctional institutions and how legislative proposals being discussed in Hartford could affect them from a staffing standpoint and their ability to provided certain programs and services.”

Brooklyn Correctional Institution, a level 3 medium-security facility that is broken up into four dormitories (A,B,C,D) which hold approximately 114 inmates per unit. Ninety percent of those incarcerated in the facility are there due to sexual related offenses and crimes.