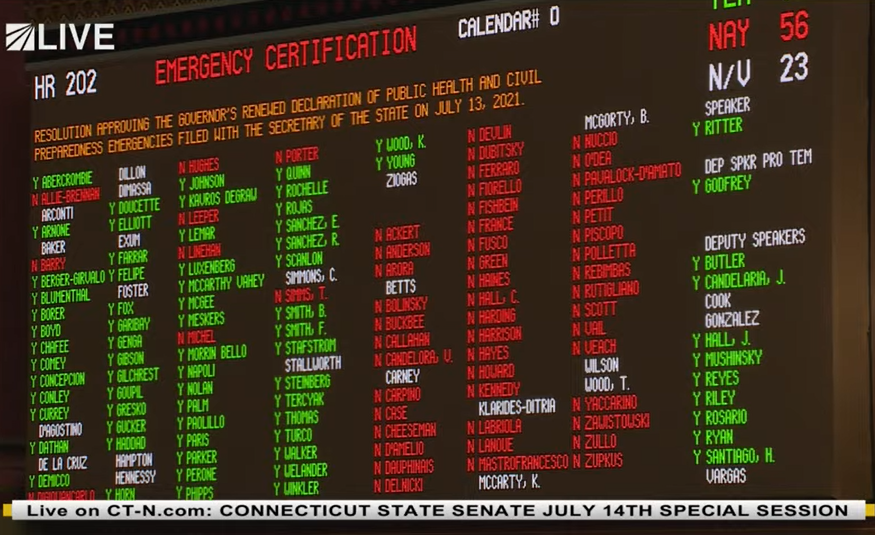 Earlier this afternoon, the House and Senate voted in favor of extending Governor Ned Lamont’s emergency powers through September 30, 2021, (just enough time to extend the mask enforcement for school children) the sixth extension since he originally put his orders in place. The continuation of Governor Lamont’s emergency executive powers passed by a vote of 73-56, with a handful of Democrats saying enough is enough. To me this isn’t just about extending executive orders, it is directly about State Representatives and Senators giving up their duties to the voters that elected them to be their voice.

Connecticut continues to go in a troubling and shameful direction.