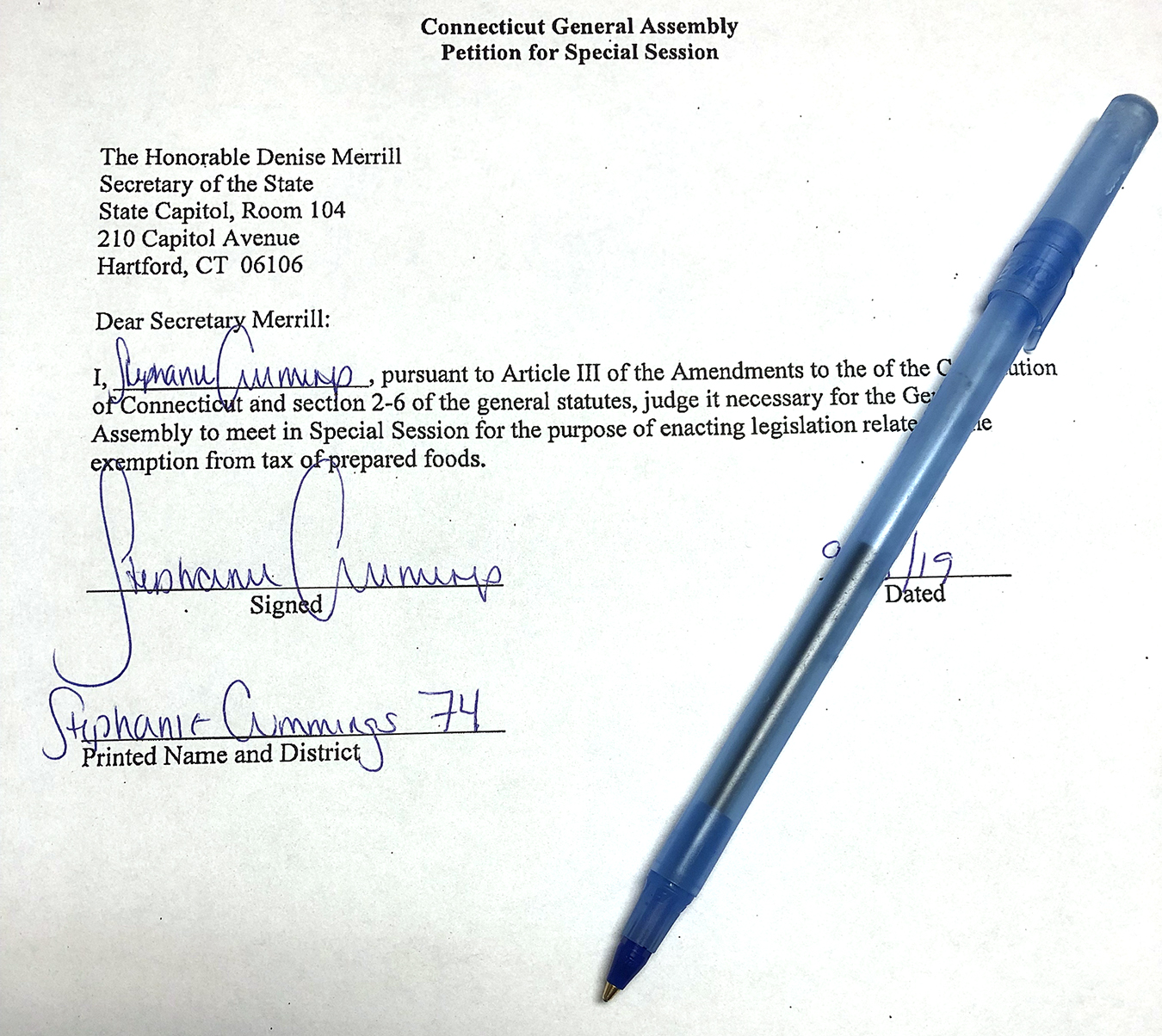 Today, House and Senate Republicans called upon Governor Lamont to bring the legislature into special session to fix a piece of legislation passed in the Democrat state budget that created new taxes on hundreds of grocery store foods, and also substantially increased taxes on prepared meals.

These new and increased taxes will negatively and disproportionately impact senior citizens and others on a fixed income, the underemployed and the middle class.

The House of Representatives need 76 members to sign a petition to force a special session and the State Senate would need 19 petition signatures.  I proudly signed the petition.

Recently, the Connecticut Department of Revenue Services (DRS) released an advisory statement clarifying the long list of restaurant meals and food items the Democrat-approved 7.35% tax will be applied to, including dozens of products that have not previously been taxed. DRS also clarified that the total 7.35% tax rate will be effective in grocery stores, “which previously taxed meals in a different manner than other eating establishments.”

I am firmly against these regressive taxes and stand in strong support of having a special session to fix this issue before it burdens families across our state, and I urge the public to call their legislators and the governor to express their opinion.