Toll Opposition is About People, Not Politics 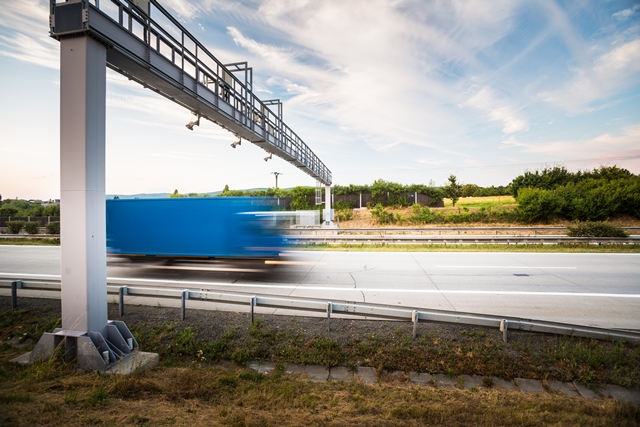 At the same time, residents are struggling. They have been asked to pay increasingly more in taxes while services have been cut. The state keeps taking more, and providing less.

Connecticut has to change. Creating a new way to tax people through tolls is not the answer. Connecticut needs to prioritize.

Opposition to tolls is not a partisan issue, contrary to The Day’s recent editorial. We hear from people every day, regardless of party, who oppose tolls because they cannot afford it. Congestion pricing, the only way the federal government will allow CT to install tolls, will hurt those traveling to and from work the most. Businesses and jobs could disappear if faced with a crushing new tax burden. Tolls could also hurt tourism, especially in eastern Connecticut, as lawmakers at the Capitol cheer for a new way to tax visitors. And despite rumors of promises to decrease the gas tax, the governor’s plan continues to count on over $500 million in annual gas tax collections and new toll revenue.

Another major concern is that no one has offered a real plan defining what will actually be asked of taxpayers. The bills before the legislature would give carte blanche to DOT or a separate commission of bureaucrats to develop a tolling plan without ever requiring the legislature to vote on the details, including toll rates and number of gantries. The governor would like around 50 gantries, nearly four times the number within Massachusetts, a state twice our size. One bill actually states the DOT commissioner could approve tolls on any roadway. These concepts are not fair to Connecticut’s taxpayers.

Although everything will be left to bureaucrats to decide, The Day’s editorial uses Gov. Lamont’s rough estimates from an ever changing “plan” to justify support for tolls. It does not acknowledge that Gov. Lamont’s numbers are only hypothetical estimates from a study on a completely different plan than what the governor talks about. The editorial cheers that Gov. Lamont no longer wants to toll I-395 but fails to point out that the only plan that has ever been presented to the federal government includes tolls on I-395, Route 2 and more. There is no guarantee that the federal government would approve a scaled down plan – in fact no such plan has ever been brought to their attention. Nor is there any guarantee that any hypothetical plan could generate the revenue the governor is counting on. Residents should be wary.

For the past four years Connecticut Republicans have offered an alternative transportation funding proposal called “Prioritize Progress” that would re-prioritize state bonding to ensure it is used for needs including transportation, not wants. It does not require tolls or new taxes. It works within the state’s brand new bond caps to dramatically reduce what the state puts on its credit card. It also has already gained bipartisan support, as a portion of Prioritize Progress totaling $250 million was included in the state’s current bipartisan budget. It is also the only plan that would allow transportation projects to move forward immediately, while under the governor’s plan millions would be diverted from the Special Transportation Fund and roads and bridges would continue to deteriorate as we wait for potential toll revenue.

The Day’s editorial criticizes Prioritize Progress for bonding “too much,” but fails to acknowledge that Gov. Lamont’s toll plan actually would use even more bonding than Prioritize Progress. Connecticut will not suddenly start paying out of pocket for transportation projects once tolls are approved. Connecticut will continue to bond for infrastructure. Only Gov. Lamont will be borrowing against future toll revenue at the same time he continues to bond for other state projects.

We oppose tolls not because of politics, but because we care about people. We have offered an honest alternative that invests a historic amount in transportation and puts the needs of people before partisanship.