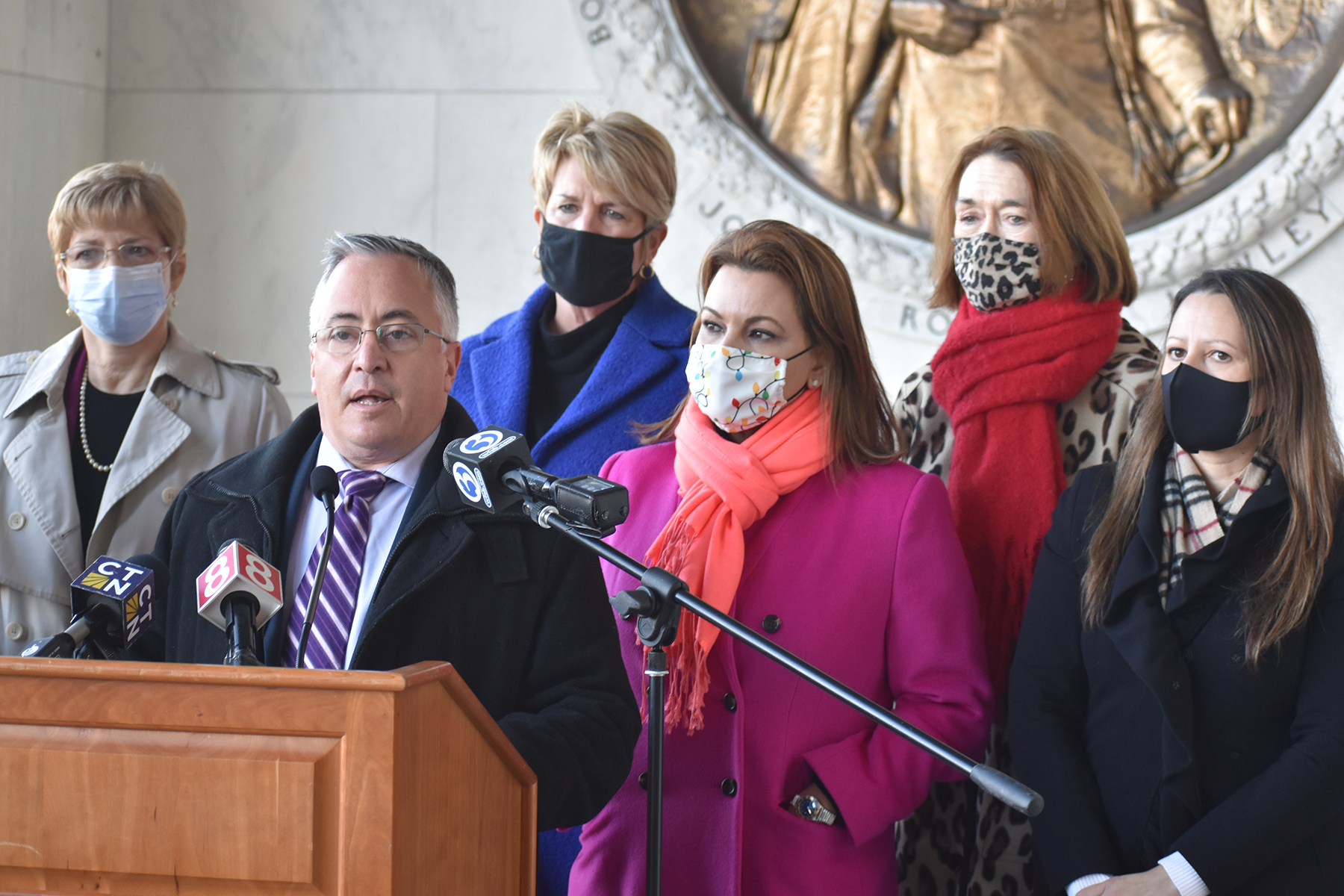 “This unilateral, retroactive change to tax policy made by Governor Lamont isn’t just political pandering, it’s a slap in the face to the legislature. It’s shameful that the governor has ignored urgent issues such as the dire need for funding for domestic violence organizations, or even implementing a fully-formed test and stay program to keep our children in schools. Instead of paying down the mountain of federal unemployment debt Connecticut businesses will soon have to pay back, the governor is using $75 million in federal aid to send checks to people who will already benefit from an Earned Income Tax Credit expansion included in the last budget. Given the growing excesses of Governor Lamont’s promotional tour, it’s clear that his decisions are influenced more by a looming re-election campaign than a sense of duty to do what’s best for the state as a whole. That legislative Democrats continue to enable and applaud the Governor’s go-it-alone approach to running this state is abominable, and it’s driving frustration among many Connecticut residents who are disappointed by this distorted version of government that’s leaving them with less and less say on critical issues that impact their lives.”