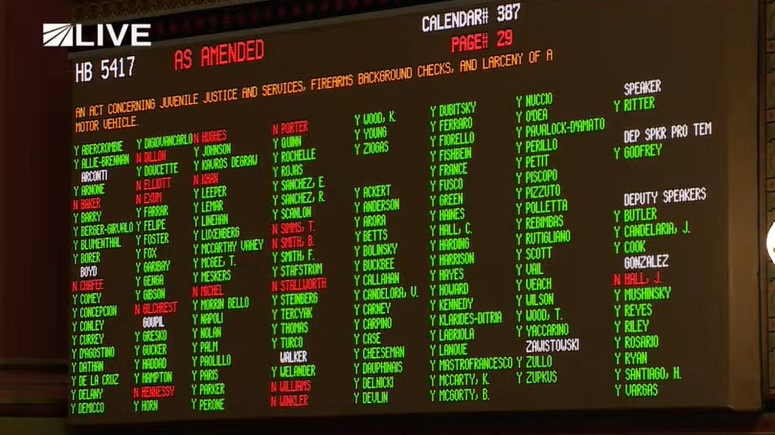 “Juvenile offenders have increasingly been at the center of dramatic and dangerous crimes,” said Rep. Cheeseman. “These reforms are necessary to improve public safety and reduce the crimes that have dominated headlines across the state.”

Juvenile justice provisions in the bill would;

Other provisions would improve information sharing and allow officers to access the past 90 days of juvenile records at the point of stop. Additionally, motor vehicle larceny statutes would be replaced with a new standalone charge of larceny of a motor vehicle instead of a graduated scale based on the value of the vehicle and not subject to escalating penalties.

Firearms background check reforms would require the Department of Emergency Services and Public Protection to inform the appropriate local official if a resident has failed a firearm background check.

The measure was passed by the House of Representatives 129-17 and awaits further action in the State Senate before the end of the Legislative Session on May 4th. The bill can be tracked using the General Assembly website at www.cga.ct.gov.