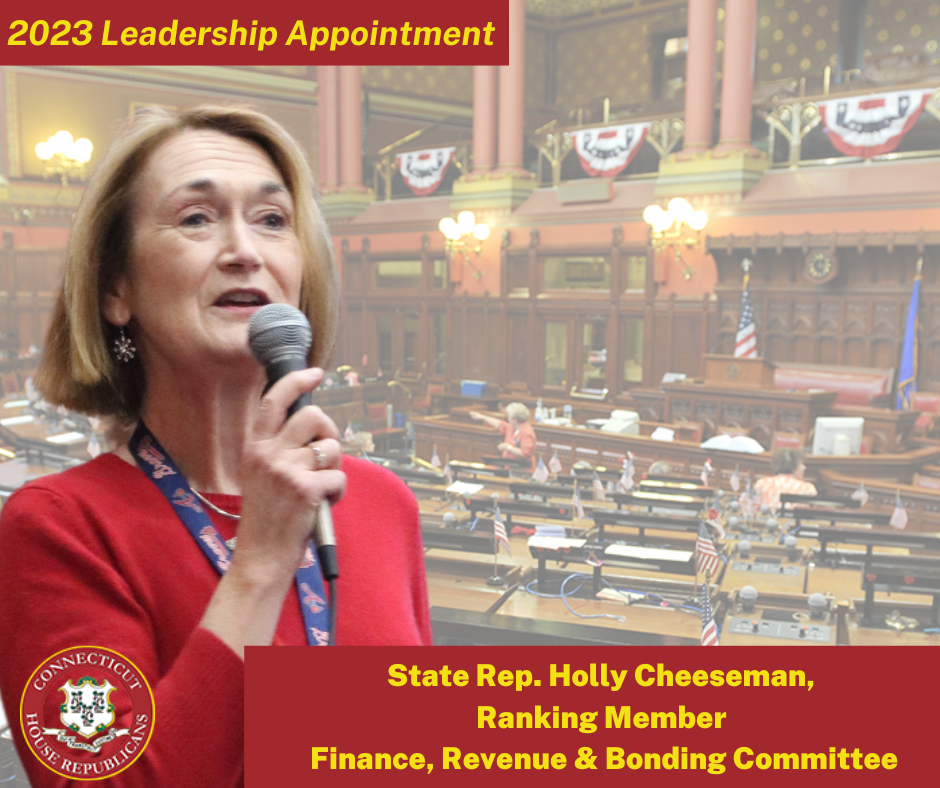 “With news that tax receipts this year to grew at a faster rate than our fixed costs for the first time in at least five years and trimmed $7 billion off the state’s long-term liabilities in bonded debt and pensions. I was very proud of the fiscal discipline we championed in 2017 and have maintained which included a new volatility cap, a state spending cap, a revenue cap, and a bonding cap, said Rep. Cheeseman. “I look forward to continuing to work with committee members and leadership, and the governor’s administration, to craft responsible and prudent fiscal policy.

“We must remember, that due to the high rate of inflation, Connecticut state government has profited by collecting additional sales tax revenue. Giving some of that overtaxed money back to struggle working families should be at the top of the list for 2023 legislative session,” added Rep. Cheeseman.

“During her time here in the legislature, Holly has distinguished herself as an accomplished leader and legislator,” said Rep. Candelora on his appointment of Cheeseman. “As the ranking member of the Finance Committee, Holly has been a leading voice for the taxpayers of Connecticut and her re-appointment reflects the trust and faith the caucus has in her capabilities as a fiscal watchdog over the public treasury.”

The Finance Committee regulates all matters related to state finances, taxes, fees and borrowing. Additionally, the committee oversees the Department of Revenue services and employer contributions to the state’s unemployment compensation fund. The Ranking Member of the Finance Committee also serves as a member of the State’s Bond Commission which approves funding requests and bond sales.

Rep. Cheeseman was first elected in 2016 and has served as a member of the Finance Committee for three terms.