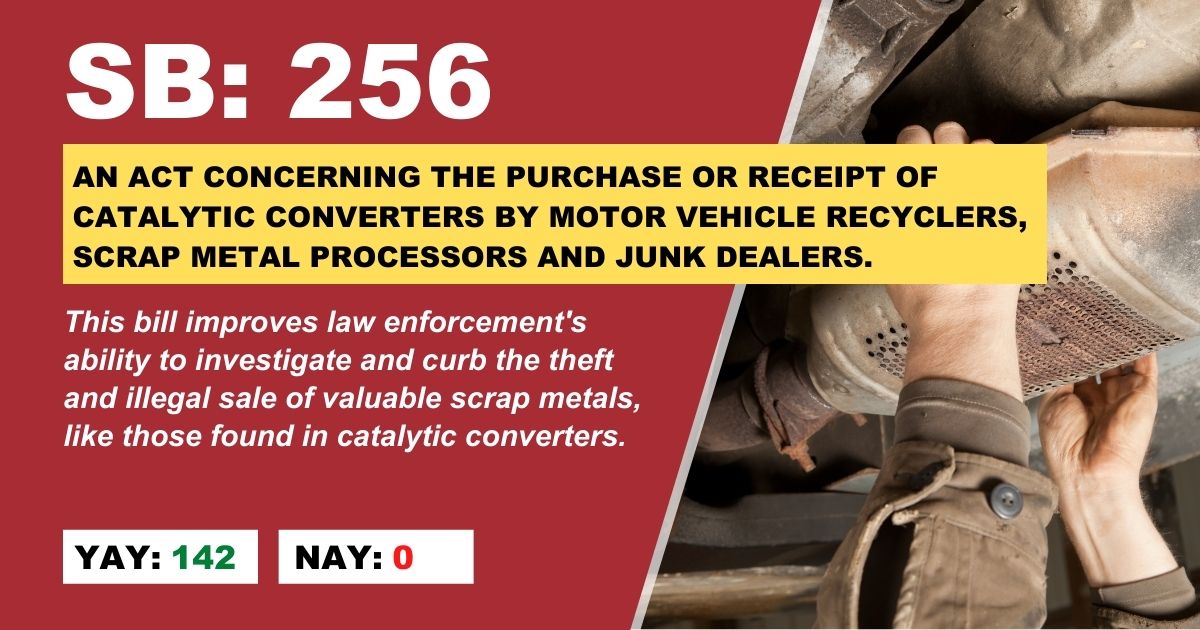 Catalytic converter theft has increased dramatically nationwide. Communities across Connecticut reported incidents of theft from school bus lots, car dealerships, and parked cars. Replacing the part and repairing the damage can cost thousands of dollars depending on the size of the vehicle.

“These thefts have disrupted communities across the state, including East Lyme with the theft of a catalytic converter from a senior center bus,” said Rep. Cheeseman. “This rapidly growing problem is costing residents, businesses and towns money and time to replace missing parts and repair damage. I hope other states will follow our lead and take action.”

In written testimony, the National Insurance Crime Bureau noted, “Catalytic converter theft has skyrocketed over the past two years in part due to the significant rise in the price of various precious metals, including rhodium, platinum, and palladium. All are used in the construction of catalytic converters. … Nationally, catalytic converter claims more than quadrupled in 2020.”

The legislation received unanimous support in both the House and Senate. To track this legislation or read the bill analysis, visit the General Assembly website www.cga.ct.gov.