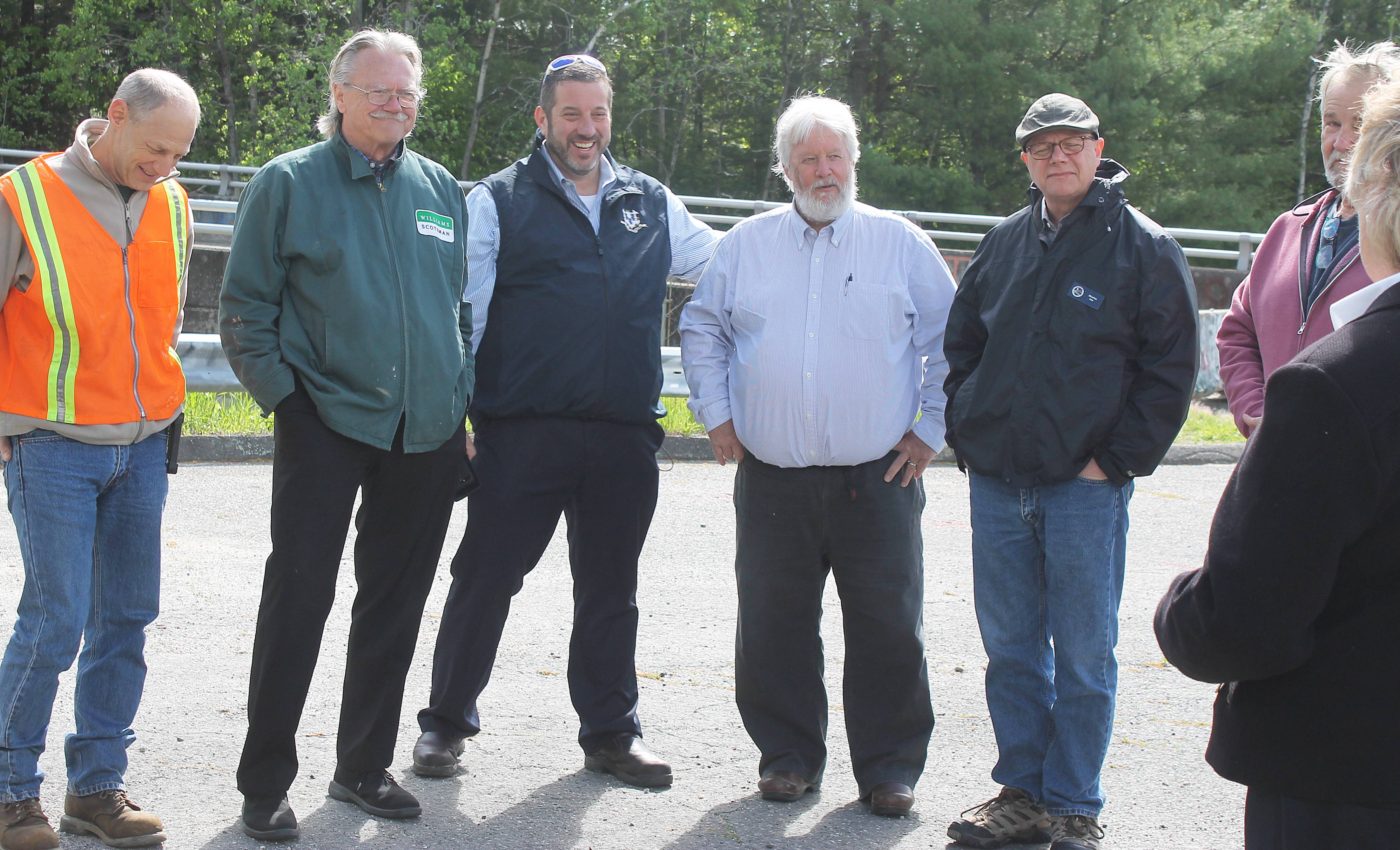 WINSTED – State Representative Jay Case (R-Winsted) and State Senator Craig Miner (R-Litchfield) invited officials from the Department of Energy and Environmental Protection (DEEP) to meet with residents and local leaders regarding the overall water quality and drainage issues at Highland Lake. A drainage pipe near the dam, which was recently completed, effectively collapsed and is no longer functional.

According to life-long residents of the lake and local officials, there is growing unease among the community that sediment is making its way into the lake at large volumes, which could harm the lake’s ecosystem.

“Both Sen. Miner and I are getting a lot of calls and e-mails about the quality of water on the lake, as a result of the drainage issues. While there is not an immediate threat to the aquatic populations and recreational usage of the lake, many residents are concerned with what can happen if this goes unaddressed,” Rep. Case explained. “I wanted to provide an opportunity for our local leaders and lake residents to express their concerns to DEEP and for the department to provide us with an overall update on what they are doing to preserve the lake’s water quality.”

According to DEEP officials, high volumes of water placed immense pressure on the materials used in the drainage pipe causing it to burst. Consequently, there is greater concern about the overall pressure being placed on the dam itself and other drainage infrastructure components within it.

“I’d like to thank DEEP for taking the time to come out and meet with people who have been affected by the unresolved failure of a water collection system which fed into Highland Lake,” said Sen. Miner. “We learned today that repairing this system, which is under DEEP’s control, is the agency’s highest priority. I stand with residents and environmentalists requesting that Governor Lamont fund this project at the next bond commission meeting.”

DEEP explained the process for correcting the failed drainage pipe. Department officials placed an emphasis on making a full replacement as soon as possible, in consultation with the Army Corps of Engineers, and will proceed to monitor water quality levels. If additional remedies are needed, then DEEP will help identify them and create solutions.

It was also noted that there is evidence of frequent recreational use of the lowlands near the drainage estuaries. The habitual usage of dirt bikes and ATVs, both of which are prohibited in those areas, add to the complications of sediment draining into the lake.

Highland Lake is home to roughly 500 residents and is located in Winsted.