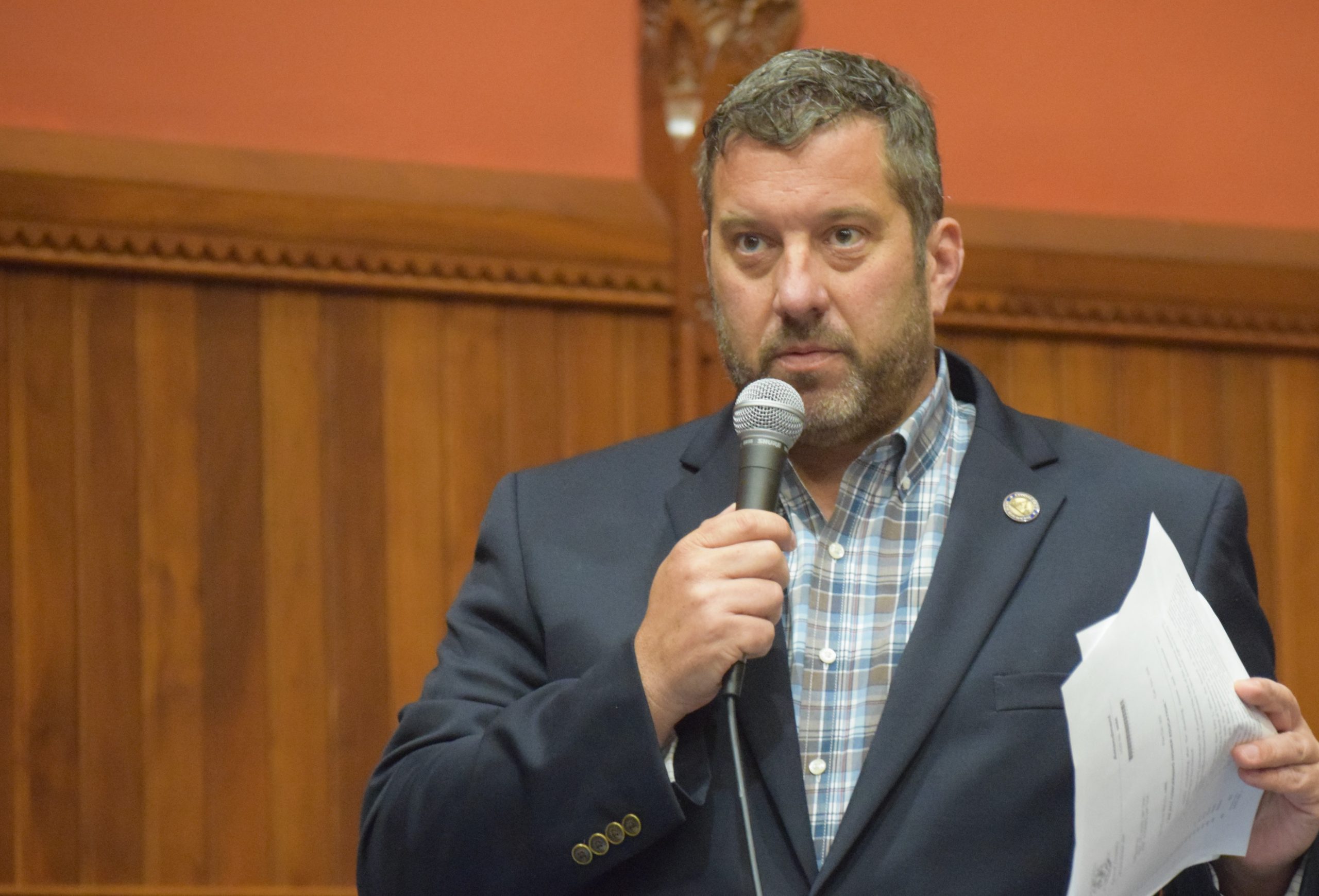 HARTFORD – According to State Rep. Jay Case (R-Winsted) the governor and his team plan on instituting a ‘digital medical passport’ program – like the one that has been implemented in Connecticut’s neighboring state of New York. The details for Connecticut’s program, however, have been kept tightly to the governor’s vest, out of the view of the public, with no legislative input or oversight regarding its rollout. According to Case, this is a major cause for concern for residents of the Northwest Corner and across the state.

“We don’t know how the program will be policed,” said Rep. Case. “The governor claims it’s not mandatory, but we have seen how the lifespan of his ‘opt-in’ policies have gone throughout the pandemic. This is a harsh consequence of the legislative majority leaders allowing the governor to continue his unilateral rule, one that has shuttered businesses and stunted the education of far too many students,” said Case.

Case and fellow Republicans would like to see the issue brought to a public hearing before Connecticut’s businesses and residents are scrambling to understand it. Typically, when statewide policies are introduced, there is a public hearing process with a public comment period. This allows time for changes to be made for a policy to be made better before it is ultimately made into law.

Crafting sweeping policies behind closed doors is not a new scheme from his administration’s play book. When COVID initially struck Connecticut, instead of utilizing the resources available to him within our state – the governor contracted an out-of-state consulting firm to make important decisions about COVID-related policies. This relationship raised many questions that have gone unanswered today, ranging from a non-public contract procurement processes to how metrics are being determined, and why certain businesses were allowed to open while others were forced to remain closed.

Now, we are getting another dose of what an unchecked government feels like. The policy move also comes at a time when the governor has had to issue an ethics statement regarding his involvement in investments made to a digital block chain firm, recently locating its headquarters in Stamford.

“Rolling out more COVID-related policies without public input is not the way to earn the trust of the public. I am hopeful that the legislature will have an opportunity to weigh-in on this matter before the program goes live,” said Case.

The legislature is slated to convene in February of 2022, but it can call itself into session before that date. Additionally, the legislature can conduct business, such as informational forums or public hearings, outside of the standard legislative session dates.