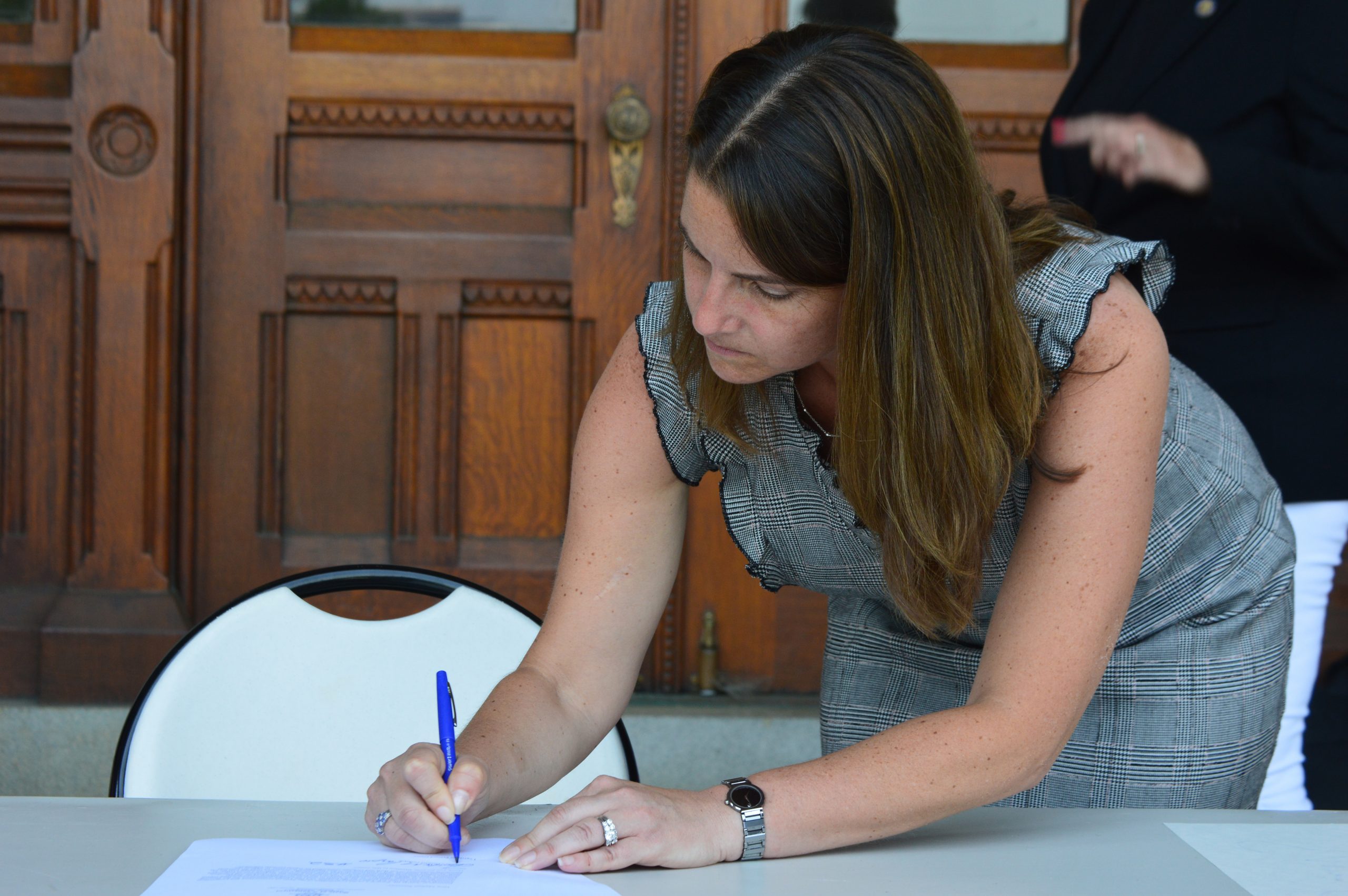 HARTFORD – State Representative Christie Carpino, an attorney who also serves as Caucus Chair, has signed a petition to request a special session on the juvenile crime crisis. The call to action follows a week where a New Britain man was struck and killed by a stolen vehicle operated by a repeat juvenile offender, as well as an incident in Glastonbury where shots were fired at a resident when she was confronting individuals attempting to steal her car.

Rep. Carpino introduced a bill earlier this year, HB 5362, which would have automatically transferred repeat juvenile auto theft offenders to the adult court. Additionally, the bill would have allowed police to pursue the driver of a fleeing vehicle in certain instances.

“We need balance and accountability in the justice system.” said Rep. Carpino. “Law enforcement, our young people, and residents across Connecticut deserve to be safe. There is a solution out there that will balance accountability with intervention, especially when we are talking about repeat offenders, and that’s where we need to be right now. These issues should have already been addressed, but I am hopeful that yesterday’s bipartisan meeting of legislative leaders will result in a special session to address this urgent matter.”

Rep. Carpino participated in a press conference with fellow legislators, chief elected officials, and top law enforcement officers from New Britain and Wolcott—the sites of crimes last week that intensified the spotlight on the state’s juvenile justice system. The crime in New Britain brought renewed calls for change statewide when it was revealed that a 17-year-old charged in connection with the crime had been arrested 13 times in less than four years.

Addressing motor vehicle thefts by juveniles was a top priority for Republicans heading into the legislative session in January. Ultimately, majority party lawmakers would not act on Republican proposals to hold juveniles—repeat offenders, in particular—accountable for the serious criminal acts they commit.

In their call for action Wednesday, Republicans stated the General Assembly must enact legislation concerning juveniles who are repeat felony offenders. Among the concepts they say should be considered are:

Leaders from both House caucuses and Senate Republicans met yesterday to discuss the issue as a first step towards reaching a bipartisan solution. Governor Lamont can also call members of the General Assembly into a special legislative session. While lawmakers can call themselves back to Hartford by petition—a majority of the membership in each chamber, House and Senate, must file petitions with the office of the Secretary of the State. 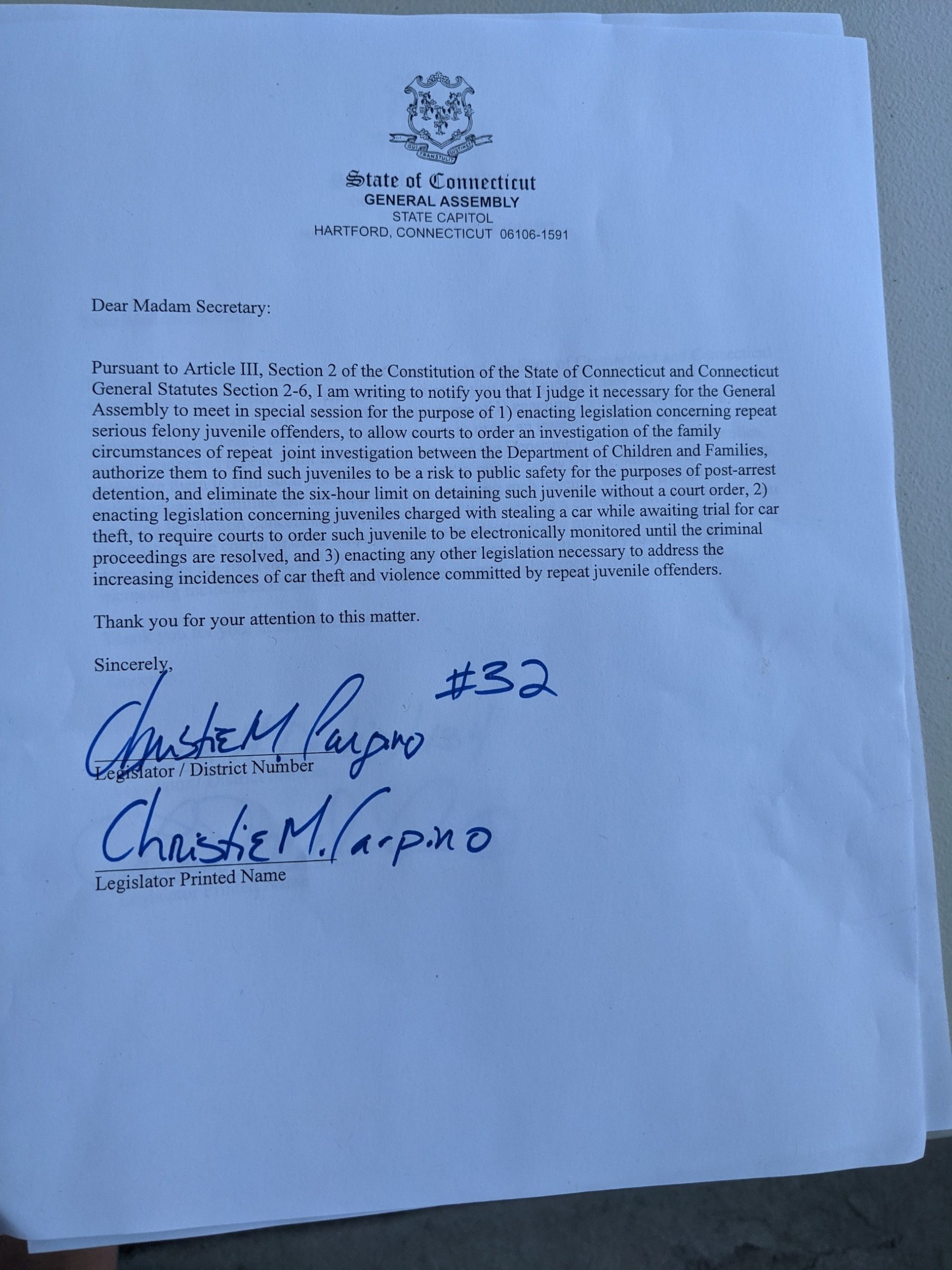