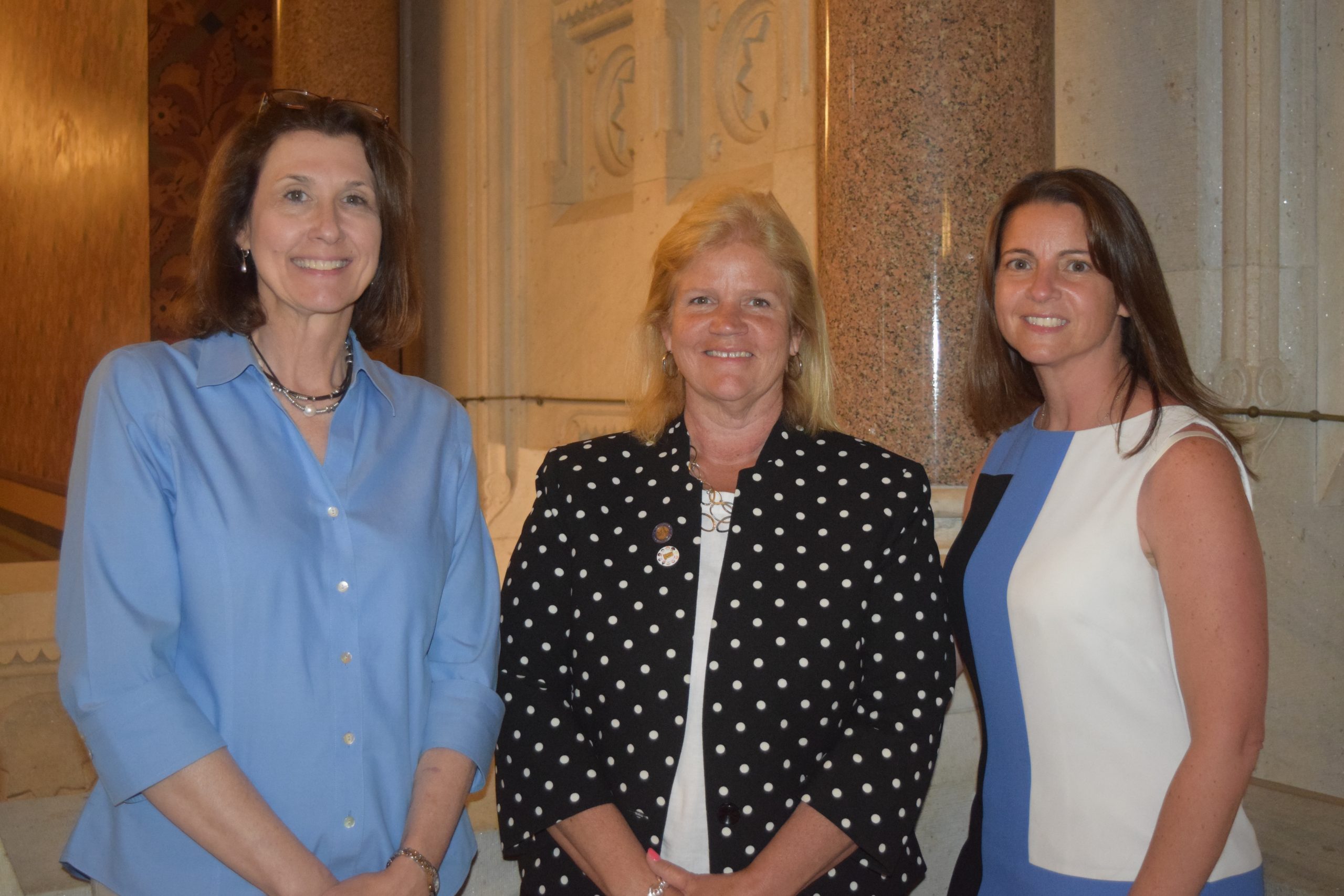 Photo: Reps. Green, Haines and Carpino in Hartford during the June special session.

HARTFORD — Governor Lamont recently gave his signature to a new law legalizing the sale and adult use of recreational marijuana, following an intense and protracted battle in the legislature over the merits and downsides of legalization.

All joined their Republican colleagues in offering amendments to preventing political insiders from dealing in the industry, stepping up enforcement of impaired driving, and ensuring proceeds go to assist victims of drug-related crimes. They found little support for those changes on the other side of the aisle.

“Not allowing an officer to pull over an individual who is smoking marijuana behind the wheel creates a huge safety concern. How will our children, our families, be safe if people are out smoking on the roads? This is not good policy and I could not in good conscience support it,” said Rep. Haines, who also represents residents of East Haddam and Colchester.

The three legislators also lamented the lack of fiscal responsibility in the proposed use of legal marijuana revenues. While $17.5 million in taxes on the cultivation of commercial marijuana could be deposited in the General Fund by 2026, in later years much of the proceeds would be siphoned into a new Social Equity and Innovation Fund.

This new special fund would not be controlled by the General Assembly, but by 15 unelected members of a Social Equity Council. The Office of the Attorney General has already questioned the constitutionality of a similar ‘Equitable Investment Fund’ proposed in a previous bill, following an inquiry launched by House Republican Leader Vincent Candelora.

“Many people believe that legalization will bring windfalls of money into the state, but that is not the case here, ” said Rep. Carpino. “And, there are serious public safety and public concerns that were flat out ignored in this proposal. This bill is a disservice to the people of Connecticut.”

“As state legislators, we recognize that we must serve as an example for our youngest constituents. During the COVID pandemic, that meant emphasizing the importance of following public health guidelines from clinical experts. Since then, unfortunately, I think we’ve lost our way. By passing this legislation, we’re sending a clear message to our children that does not embrace the findings of public health experts, but repudiates them,” said Rep. Green, who also represents residents of Andover, Bolton and Hebron.

After signing it on June 22nd, Governor Lamont issued a statement praising the bill. The first provisions of the bill will take effect on July 1st, 2021.