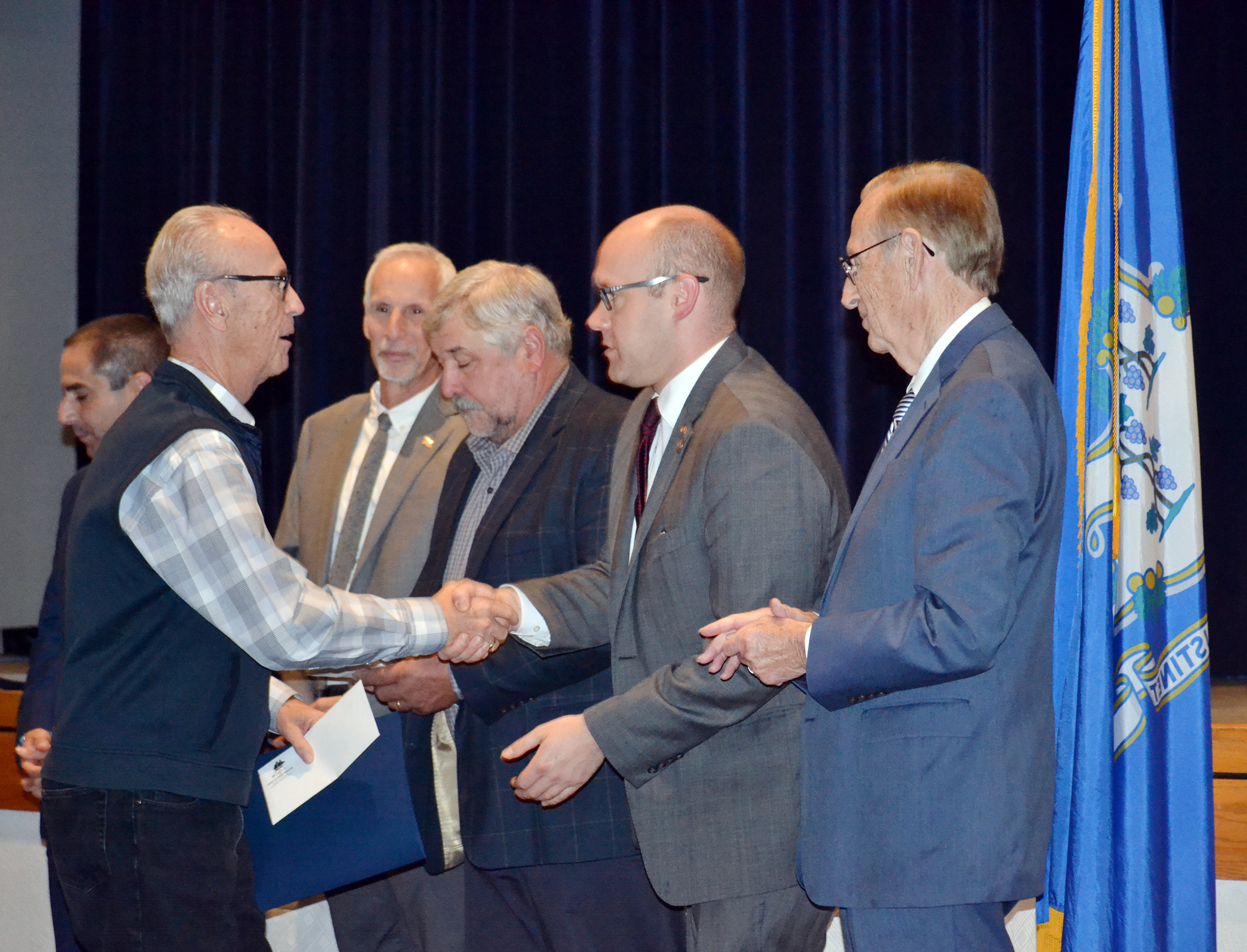 WESTBROOK – State Representative Devin Carney (R-23) joined Lt. Governor Susan Bysiewicz, Commissioner of the Department of Veterans Affairs, Thomas Saadi, and other state and local officials to honor and recognize veterans who served in Vietnam or during the Vietnam era.

The event continued a statewide effort by the Lt. Governor, commissioner, and state officials to meet with veterans in towns across the state who were denied a proper welcome upon returning home more than 40 years ago and thank them for their service.

“I want to thank the Lt. Governor and Commissioner Saadi for coming to Westbrook to honor Westbrook’s Vietnam veterans,” Rep. Carney said. “These men and women risked their lives for America and its people. I cannot say ‘thank you’ enough for the sacrifices they gave and for their service. We must also always remember those who paid the ultimate sacrifice during the war and those whose lives were and continue to be impacted by it. “

Veterans were encouraged to share their stories with the audience, of which a few spoke about why they chose to serve and the pride they felt doing so, while others mentioned the difficulties readjusting to life stateside and returning home during a time when the war wasn’t very popular among citizens.

Approximately 40 veterans of the more than 200 that are said to live in town attended, representing all branches of the United States Armed Forces. During the ceremony veterans were presented with a citation and a wartime service medal from the commissioner’s office.