As part of ongoing “Office Hour” events, State Rep. Devin Carney (R-23) met and spoke with residents of Lyme, Old Lyme, Old Saybrook and Westbrook during the months of January and February.

Rep. Carney listened to the concerns of constituents on state and local issues as the current legislative session of the General Assembly is under way. Rep. Carney was joined by Sen. Formica in Old Lyme and Old Saybrook, and by Rep. MacLachlan in Westbrook.

Many topics were discussed including the state budget, tolls, school regionalization, increased taxes and the legalization of recreational marijuana.

“I appreciate that my constituents are taking time out of their busy schedule to meet with me to discuss issues that may arise during the 2019 session,” said Carney.  “I always value the input and feedback I receive and it helps me to be more effective at the Capitol.  I look forward to more conversations in the near future.” 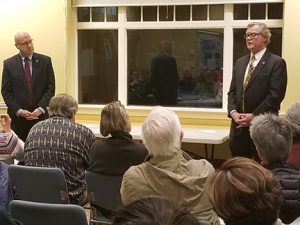 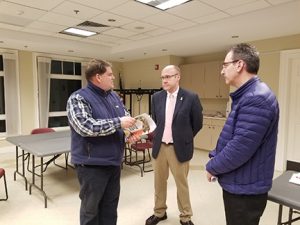 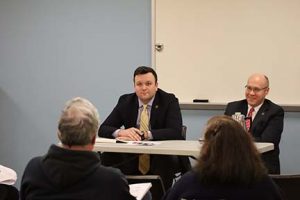