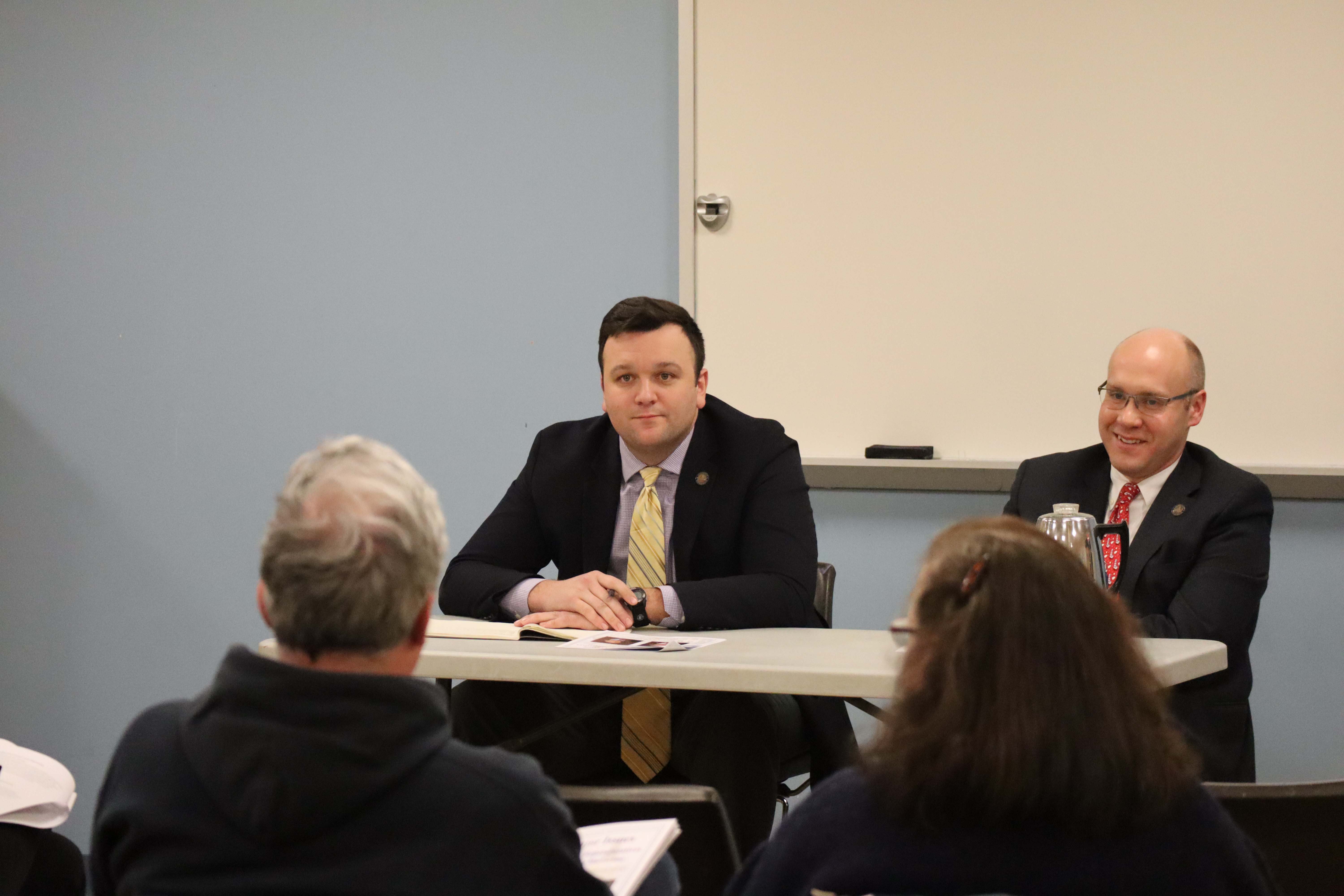 State Representatives Devin Carney and Jesse MacLachlan talked with constituents at the Westbrook Public Library on Thursday night about the start of the legislative session and legislation they see being debated in the House and Senate.

“It is always helpful to hear ideas and opinions from constituents regarding issues that may arise during the legislative session,” said Rep. Carney. “Once again, I look forward to accurately representing the folks in the 23rd District on a wide variety of proposals and working to improve Connecticut’s economy. I hope to hear from you, my door is always open for comments, questions, and concerns.”

“I want to thank the residents that came out to talk to us about their concerns and ideas on how to move our state in a better direction,” said Rep. MacLachlan. “I will be working on a number of key proposals this session that if passed will make government more efficient and affordable and I look forward to collaborating with lawmakers from both sides of the aisle.”

A new governor, Ned Lamont, has officially taken over and the lawmakers are now meeting in their assigned committees to go over legislative proposals explained Reps. MacLachlan and Carney.

Reps. Carney and MacLachlan encouraged residents to contact them and to follow their frequent updates on their websites and social media accounts, which can be found at RepCarney.com and RepJesseMac.com.