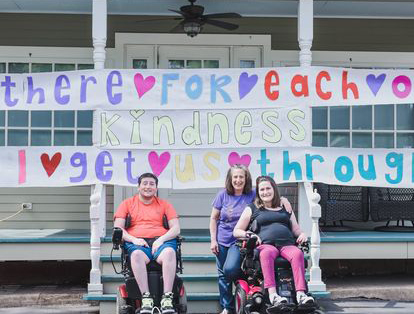 With the 32nd Anniversary of the Americans with Disabilities Act (ADA) only days away, North Branford resident Mary Caruso along with her adult children, Sam and Alex Bode, are teaming with House Republican Leader Vincent Candelora to raise awareness about the barriers faced by many people trying to negotiate simple, everyday activities.

The Caruso/Bode family, which lives with mobility impairments, is inviting members of the public to spend a morning alongside their family to get a firsthand view of the limitations they experience every day while trying to access a wide variety of public spaces.

“There’s no better way to understand the challenges a neighbor faces than to walk a mile in his or her shoes, and I hope that my family can play small role in sparking awareness about the difficulties faced by so many families and individuals who run into roadblocks while trying to do the basics in life, such as going to the grocery store,” said Caruso, who is particularly interested in highlighting the rules and etiquette surrounding accessible parking placards.

Caruso’s two adult children, Sam and Alex, each have Friedreich’s Ataxia, a rare inherited disease that causes progressive nervous system damage and movement problems. It typically begins in childhood and leads to impaired muscle coordination that grows worse over time. Sam and Alex each have their own accessible vehicles and usually travel with assistants when they are out in the community. Over the years, Caruso said, the use of parking placards has seemingly grown more liberal while enforcement has grown lax. She’d like to see a more substantial public information campaign and has worked with Candelora (R-86) to communicate with DMV officials on the topic. 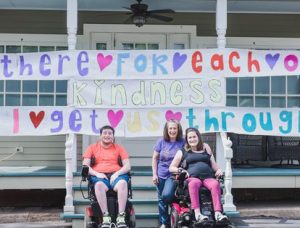 “Sam and Alex are frequently forced to exit their vehicles into an unsafe area while their assistant parks the van because someone with a placard parked in a striped diagonal space that’s supposed to be used for a wheelchair ramp,” Caruso said. “I think we’d see fewer situations like that if the state was more progressive in explaining the ins and outs of the placard system.”

The ADA was passed in 1990 and prohibits discrimination against individuals with disabilities in all areas of public life, including jobs, schools, transportation, and all public and private places that are open to the public. The anniversary of its passage is July 26th.

“Mary’s family’s dedication to this cause, with the goal of helping others, is inspirational,” Candelora said. “Their idea to take it a step further and offer ridealongs as an educational tool is the personification of selflessness, and I hope it adds momentum for a public campaign by the state.”