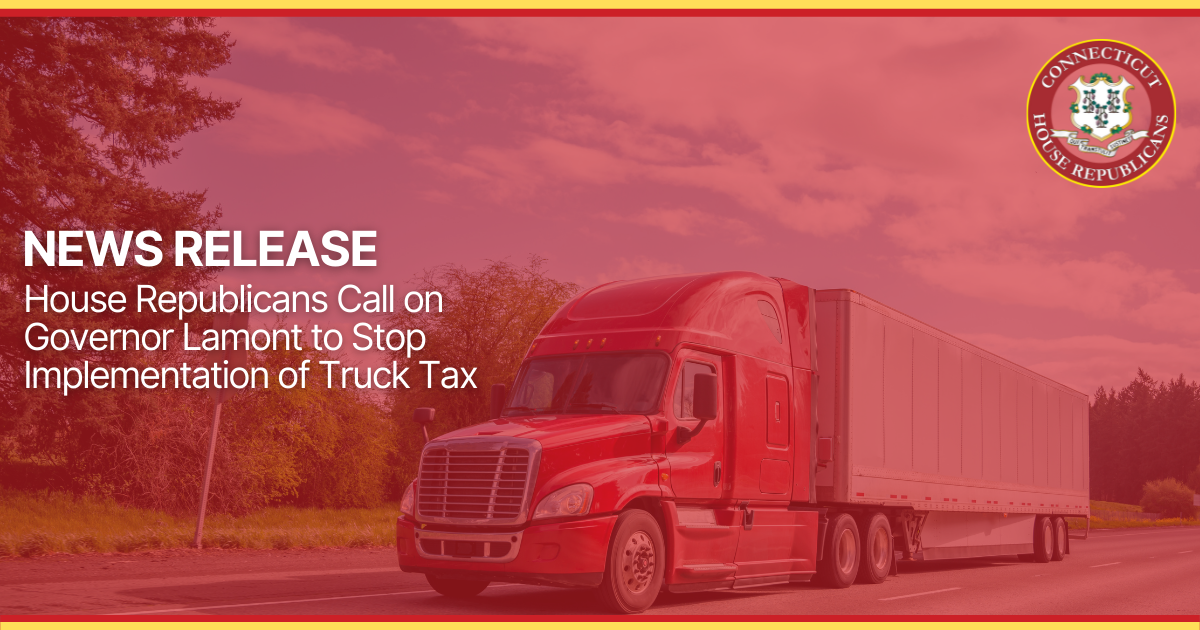 HARTFORD — House Republicans on Wednesday called for Gov. Lamont to stop implementation of the truck tax, contending the confluence of substantial federal infrastructure aid and the controversial revenue policy that will increase costs for businesses and residents should have state lawmakers redefining a path forward on improving our transportation grid.

“We can’t underestimate the importance of this moment. We’re on the verge of receiving more than $5 billion from the federal government for infrastructure projects, and this is an opportunity for all of us to hit the reset button—to take a fresh look at the mechanics and future of the Special Transportation Fund as well as the process we use to prioritize projects,” said Rep. Devin Carney, Ranking Member of the Transportation Committee. “While we appreciate the governor’s recent change-of-heart regarding TCI and tolls, we also believe he should stop the controversial truck tax from being implemented. The cost of living here is rapidly increasing and we firmly believe the most effective way to provide some relief is to stop this tax before it takes effect and becomes a permanent part of the landscape. It would give residents a little breathing room and finally put substance behind the message the governor has been struggling to deliver—that Connecticut is a state where leaders are serious about taking steps toward making it a place where businesses and families can thrive.”