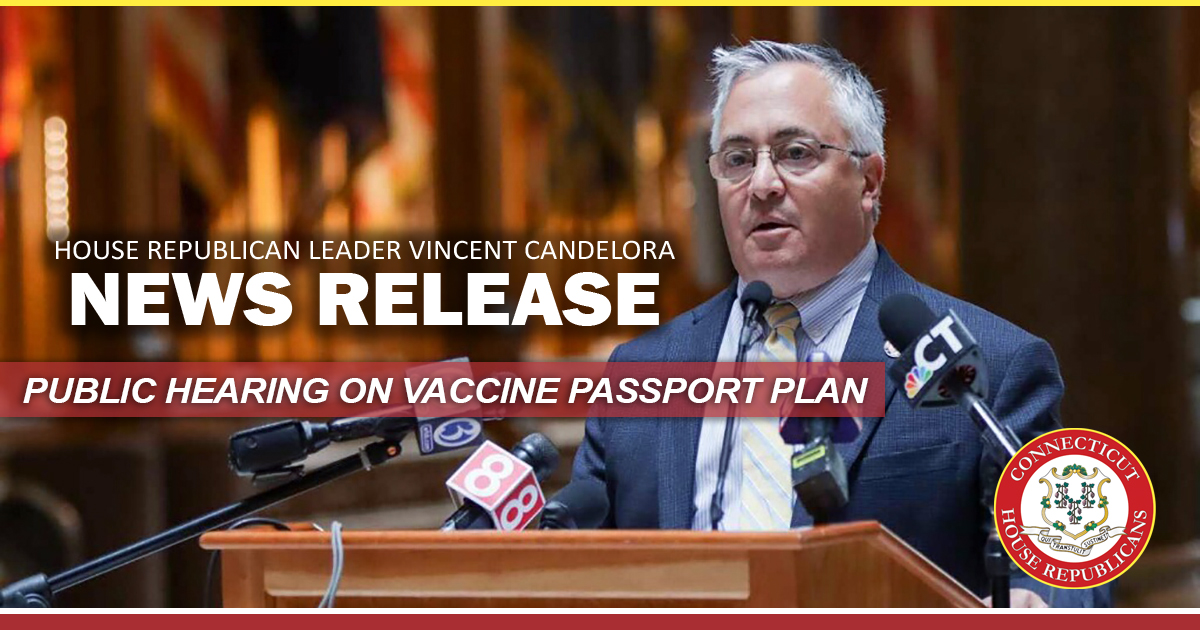 “Despite the governor’s promise to work with the General Assembly on COVID-related issues, once again he has announced another program with no collaboration or input from its members. His vaccine passport system could have significant ramifications on residents and their ability to obtain essential goods and services. If ever there were a subject that required more discussion and public scrutiny, this is it. Having state government facilitate a program for businesses that would empower them to turn people away, further dividing the unvaccinated from the vaccinated, is a path that requires deliberation. We’re only just beginning the conversation about the impacts of COVID on mental health, education, and preventive health screening, and it would be irresponsible to rush into installing a passport system without talking about the possibility of it leading to more barriers and challenges for residents. Unfortunately, the governor sees it differently and seems ready to use his authority without hearing what the rest of us have to say. If Governor Lamont wants Connecticut residents to believe that his often-repeated claim of wanting to work with the legislature is anything more than media spin, he should participate in a public hearing on the topic before installing this program. This should be a moment where Democrats serving in the General Assembly join us in demanding more from the governor.”