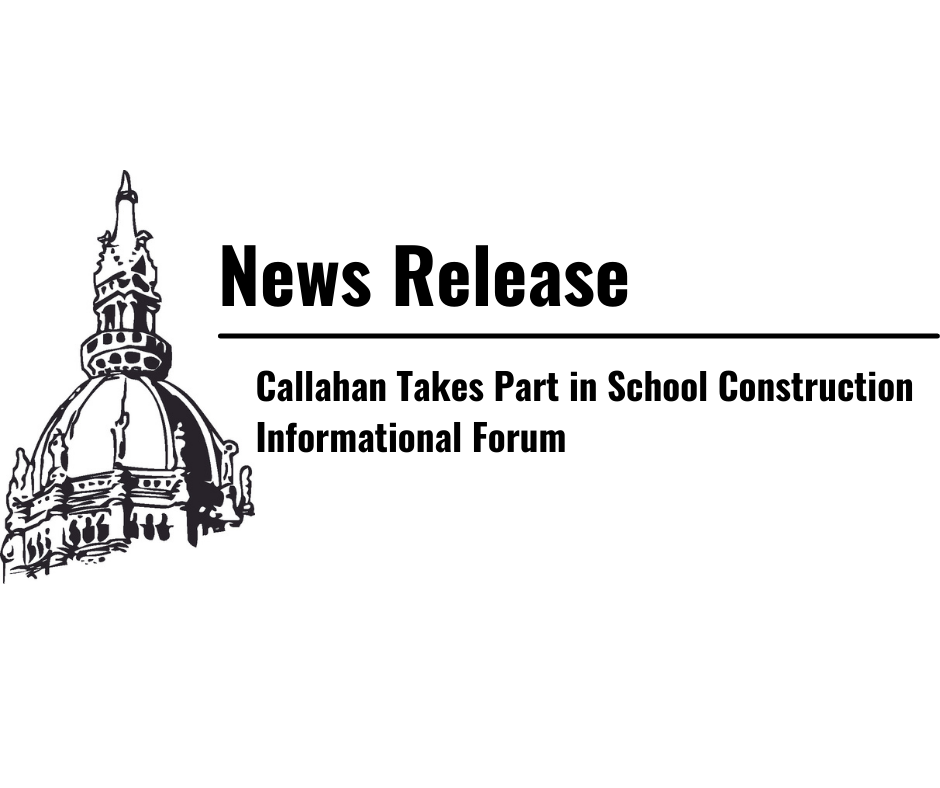 HARTFORD – The legislature’s Education, and Finance, Revenue, and Bonding Committees held a joint informational forum to discuss the School Construction program’s contracting procedures on Monday morning via Zoom. The informational forum was called after reports cited potentially unethical behavior had taken place during the contract procurement process of several school construction projects. According to State Rep. Pat Callahan (R-New Fairfield), who serves on the legislature’s Education Committee, it is critical that safeguards be implemented this legislative session to protect all future bidding processes.

“In light of recent reports, the public deserves reassurance that tax dollars aren’t being shuffled around by ruling-class bureaucrats and their friends. Education spending comprises most of what’s in local municipal budgets, so engaging in behavior that may cast doubt on a program that awards state funding based on district need is a severe misuse of the state’s limited resources,” explained Rep. Callahan. “In the coming months, it is our duty to set these contracting standards in stone as well as requiring public and legislative review of them.”

The acting Commissioner of the Department of Administrative Services (DAS), Michelle Gillman, and the department’s Deputy DAS Commissioner of Real Estate and Contracting, Joel Petra, provided an overview of the School Construction Program. The presentation glossed over any of the contracting guidelines that had previously been implemented by the department and stressed additional third-party audits going forward.

“The hearing held today provided little detail as to why reforms, such as a new layer of audits, were being implemented by the department,” explained Rep. Callahan. “The legislature owes it to taxpayers to launch an actual investigation into what went on with some of these previously approved school contracts. I appreciate many of the ideas put forth by the department today, but the members of the legislature need more information while crafting legislation that improves and protects future bidding processes.”

Deputy Commissioner Petra, in his testimony to the committees, made it a point to mention that the state could not possibly be involved in all aspects of the vendor procurement process. He mentioned that goods and services are procured by the local municipality, but DAS does provide a list of ‘pre-approved’ vendors to each city and town.

“What we can’t have is more government entities passing the buck. Our municipalities should feel comfortable leaning on the state as a partner to complete education and civic improvement projects and not view them as a potential adversary,” said Rep. Callahan. “In order to build that trust back, we need to have a real conversation about what happened. Until then, there’s going to be a lot of doubt associated when these types of contracts are awarded.”

The Chairman of the Finance, Revenue, and Bonding committee did mention that there is a possibility another forum will be held regarding past contracting practices. However, no formal agreement has been reached by members of the committees and leadership. Rep. Callahan strongly favors a follow-up hearing and will continue to advocate for transparency and the ability for the public to review school construction-related allocations going forward.