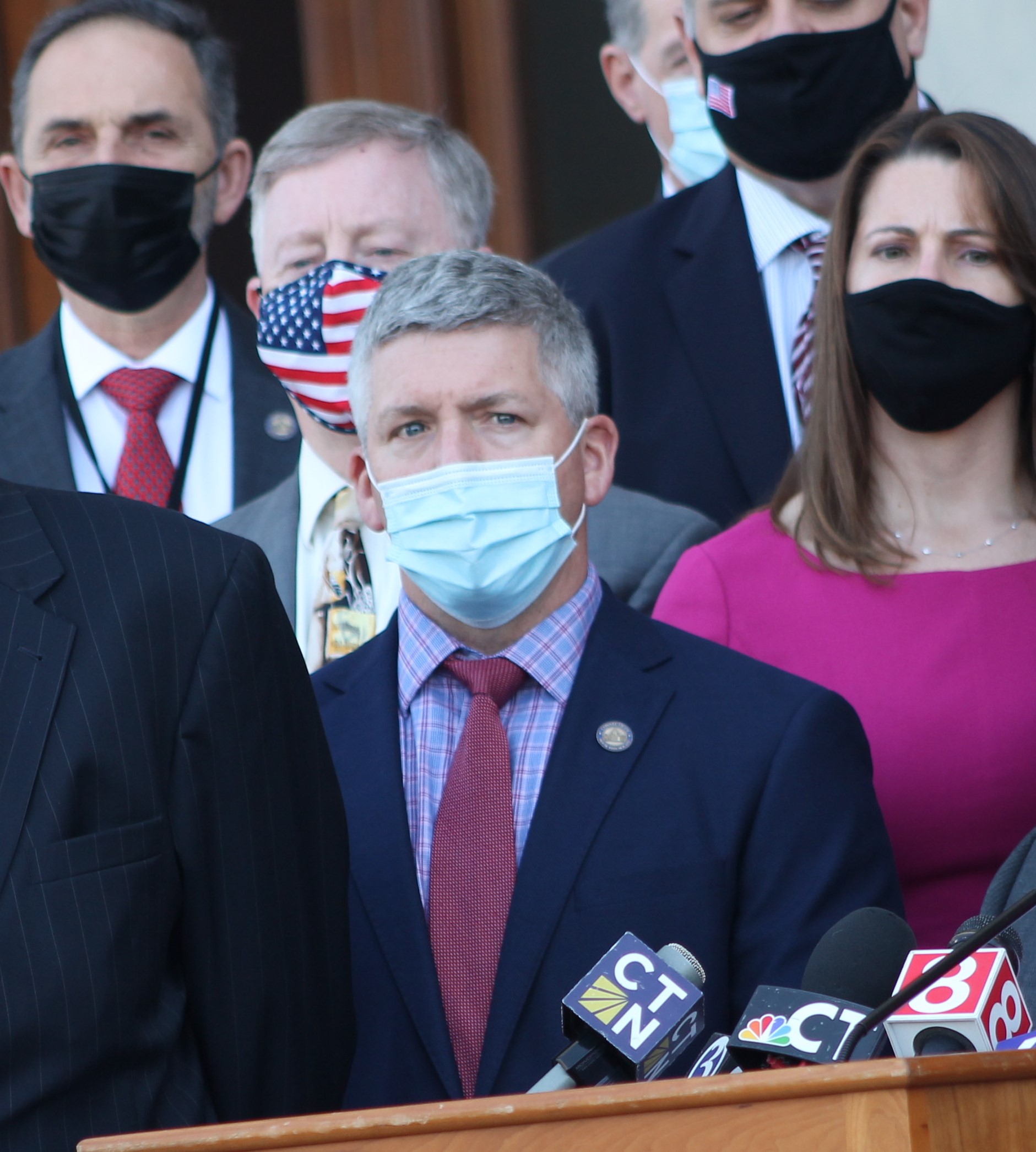 HARTFORD – State Rep. Pat Callahan joined his fellow House Republicans before the start of the House Session on Thursday afternoon to unveil a plan that would restore the legislature as a co-equal branch of government. The House went on to consider legislation that effectively extends Gov. Lamont’s executive order powers to May 20, 2021 – marking the third time unilateral rule was ratified by the Democratic legislative leaders.

“I proudly supported a pathway to restore the legislature as a fully functioning, co-equal branch of government. It’s disheartening that the amendment was not approved by my colleagues across the aisle, as it does a disservice to all Connecticut residents when their voice is not represented during moments of important policy making decisions,” explained Rep. Callahan, who went on to oppose the governor’s request.

The legislature has been conducting business since the beginning of January. While the 2021 session has been atypical because its business has mostly been conducted remotely, bill proposals continue to be discussed, written, and voted upon. A process that Callahan does not feel should be circumvented, especially in light of the pandemic.

“I tip my hat to the governor’s team and their hired consultants in getting us through the pandemic to date, but to claim that there is legislative coordination on far-sweeping decisions is a falsehood. The legislature represents your voice and the steps outlined in our amendment would have at least provided a minimal check and balance system on pandemic-related orders going forward.”

The Republican amendment asked for a review of all existing orders, limitations on the length of time executive order powers can be granted – decreasing the standard to 30-days, and, basing final approval on the order’s constitutionality. You can learn more by clicking here.

The amendment ultimately failed, and the governor’s executive order powers were extended by a party line vote. It is unclear if another extension will be requested by the governor’s office prior to the end of the current legislative session.