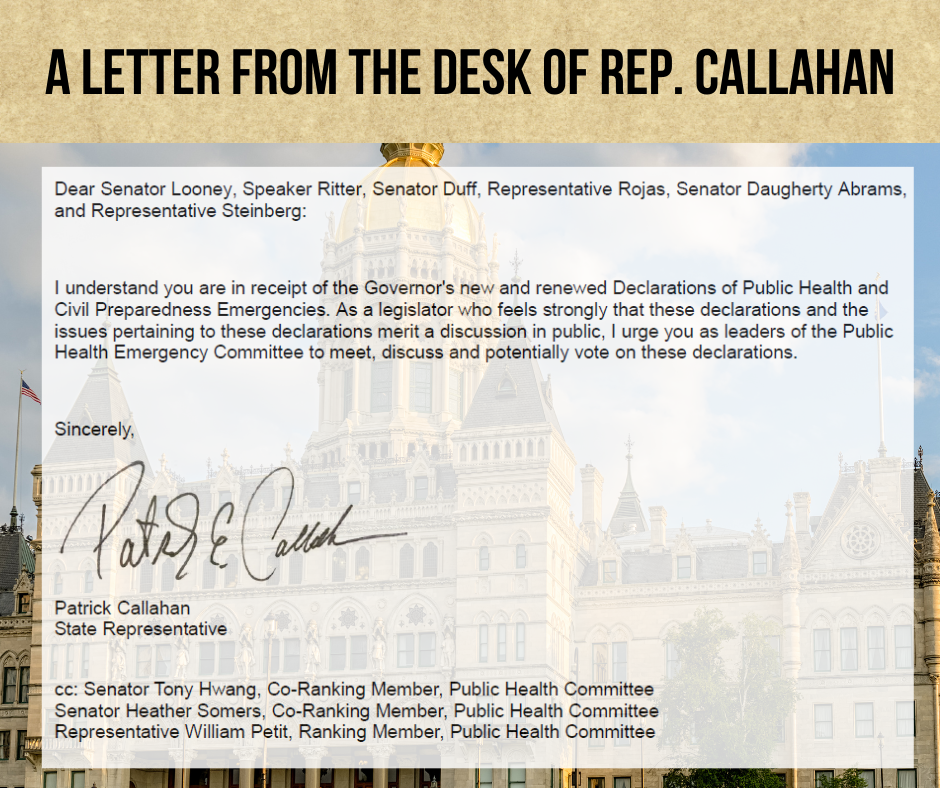 Hartford – It was announced that Gov. Lamont is seeking to extend his emergency order powers through April 20, 2021. Considering the legislature has been in session for nearly three weeks, it’s disappointing to have learned that legislative Democrat leaders are poised to accept the status quo and allow this extension to go through without a vote or debate.

A select committee of 10 legislators was established when the crisis first began. This committee of 10 has the responsibility of meeting and reviewing the governor’s request(s) to extend his unilateral rule. Similarly to the general makeup of the legislature, Democrats do have the majority on this select committee, which is why I am urging my colleagues on the other side of the aisle to take action that will ultimately restore the balance of government.

Rep. Callahan penned this letter to the committee today, urging them to consider the concerns of all Connecticut residents and allow the legislature to have its seat back at the table. The committee has a small window of time to take action, so I have asked my legislative colleagues to conduct a meeting as soon as possible.

If you have any questions or comments about this issue, please contact Rep. Callahan.