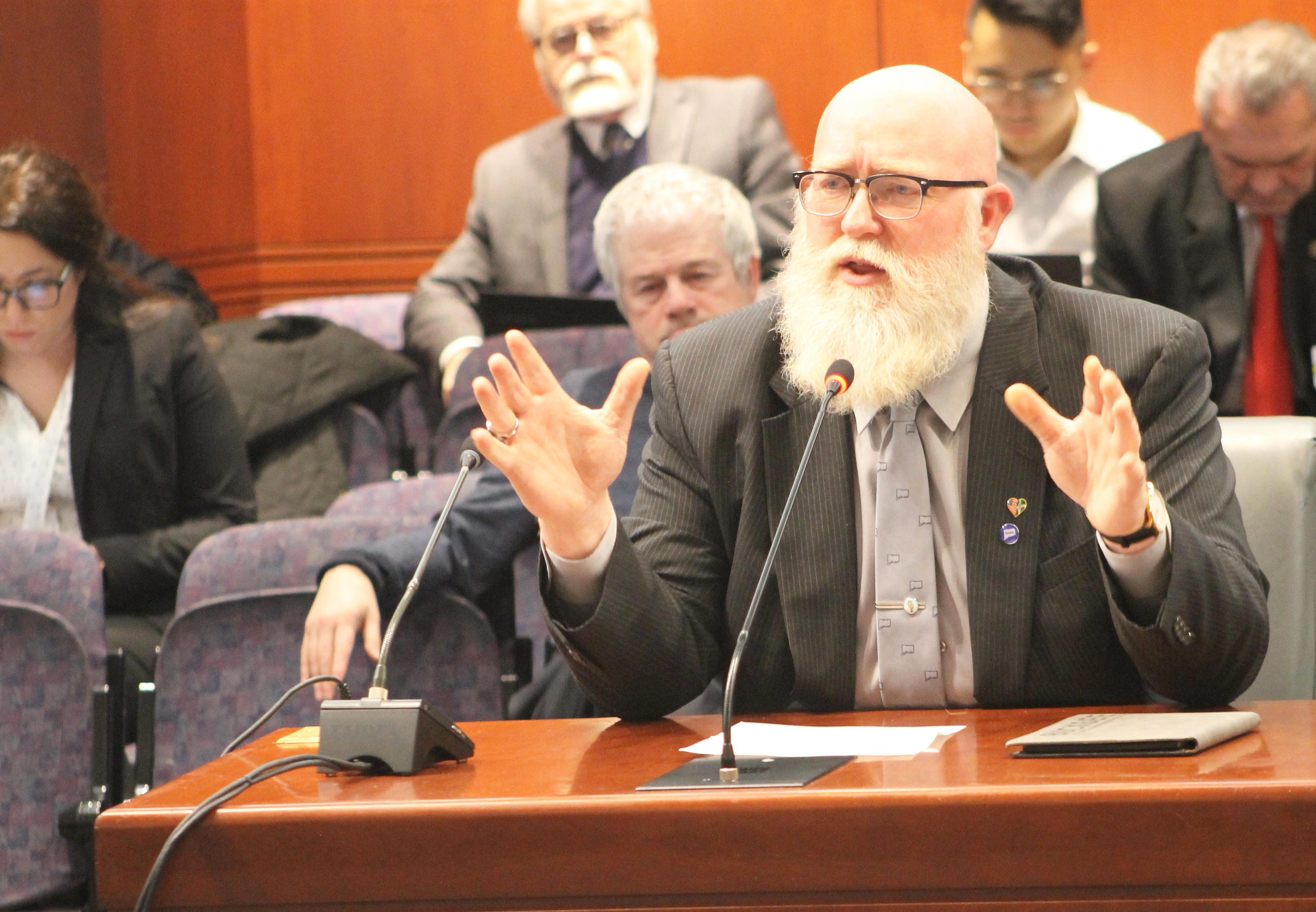 HARTFORD – State Representative Bill Buckbee (R-New Milford) testified today before the Transportation Committee on two initiatives that will make a positive impact on the local community. One proposal focused on bringing commuter rail back to New Milford and the other was concerning the registration of all motorized vehicles that operate on roadways.

“1971 was the last year that we had commuter rail in New Milford. Over the last decade, the state has invested over $4.6 billion to rail infrastructure. It’s unfortunate that none of those dollars found their way to New Milford,” stated Rep. Buckbee.

According to Buckbee, there would an influx of roughly 100 to 150 additional riders daily on the Greater Danbury Line if an extension was made to connect New Milford. Riding the train would alleviate the congested I-84 corridor and lessen traffic flows on even smaller throughways, like Route 7. Additionally, studies have shown that younger generations prefer to utilize light rail in areas that it is available to them. State policy should mirror this social trend.

Rep. Buckbee went on to say, “We have freight cars that come through town, we should have access to commuter cars too. Outside of the daily hustle and bustle of the work week, the train would be viable on the weekends too, providing transportation to attractions like Mohawk Mountain Ski Area and Candlewood Lake, or a number of our great restaurants.”

In addition to attracting people to visit New Milford, it’s important that we keep everyone safe on our roadways.

“I am proposing that we utilize a state-wide task force to come up with a streamlined way in which we can license smaller, motorized vehicles that cross state roads. Right now, there are too many little mopeds, mini-bikes, go-karts, and smaller machines that are not registered but can cause some serious damage to private property or other motorists,” explained Rep. Buckbee.

According to Rep. Buckbee, the state would actually gain revenue from the new registrations. Additionally, as a result of more vehicles being registered there will be less litigation in our already overburdened courts.

“I believe if there is quality conversation among key stakeholders, this task force will be successful in bringing forth recommendations for subsequent legislatures,” concluded Rep. Buckbee.

The Transportation Committee will review both bill proposals before taking additional action on them. The next step would be for each bill to move to the House of Representatives, for its action.