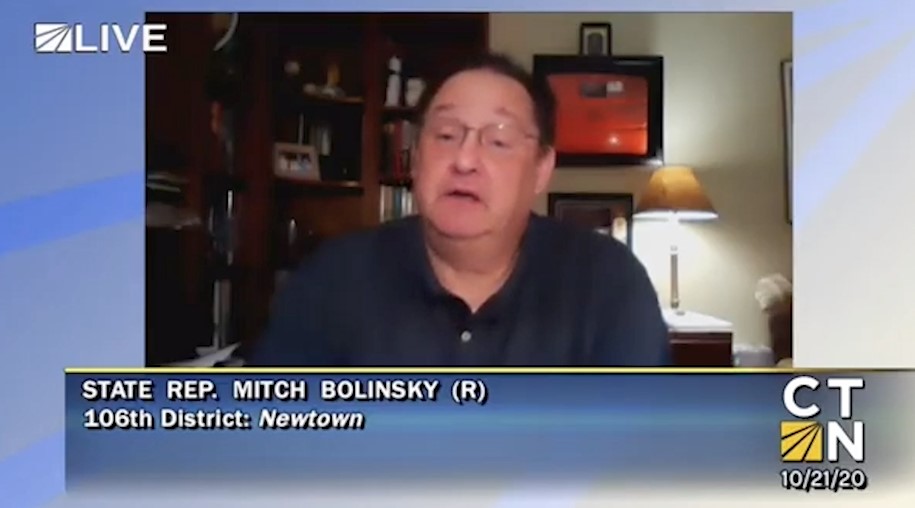 Good morning distinguished members of the Connecticut Public Utilities Regulatory Authority. I want to thank you for holding this hearing in response to the legislature’s request for a thorough review of Eversource’s response to Tropical Storm Isaias, the Company’s reductions in restorative services, its poor communication and responsiveness and its excessive ratepayer delivery rate increase of July 1, 2020, without required notice.

The public’s voices and mine must be part of PURA’s investigation of Eversource’s terrible storm response.  But, to my constituents and me, it is more than a horrific storm response and over-billing. This is about the very culture of this monopoly public utility.  Eversource and PURA negligently failed Newtown and our surrounding communities in a way we will no longer tolerate.

I’ve written in earlier testimony and participated in a well-covered, August 12, 2020 joint press conference with Newtown First Selectman Dan Rosenthal and State Senator Tony Hwang on the steps of Newtown’s Edmond Town Hall. The sum total of what 82% of Newtown experienced included spending days in the dark without refrigeration, water, flush toilets, light and truthful information to manage our expectations and provide hope. This was made worse as the weather event that caused it was forecasted, well documented and should have been treated with a great level of urgency and advance preparation on the part of Eversource. Instead, they retreated into a three-day, negligent, non-response, as they considered their response. Out of state crews say idle, awaiting dispatch. Their CEO went underground and their “War Room” disseminated nothing but bad information. Our First Selectman, like all others in Connecticut, were left to fend for themselves because of a lack of information and even poorer cooperation.

Eversource is no longer a Connecticut company. It has multiplied its size and cut corners, right under our regulatory noses and now, their acquisition of Aquarion and other clean-water resources causes me great concern. Putting more of Connecticut’s energy and resource eggs in their unreliable basket should concern everyone.

We must better regulate this uncaring corporation or, consider breaking up the monopoly we have entrusted to them. Eversource is more self-important and cares far more about its shareholders than its rate paying customers. Its unconcerned CEO should step down or be terminated by it Board.

PURA mist step up its oversight because this government-made monopoly utility has profited from, among other things, our lack of choice, their significant pairing-down of restorative and customer services and underinvestment in maintaining the electrical infrastructure we entrusted to them.

On behalf of my constituents, I wish to express serious concerns and consistent frustrations of this public utility’s rate-setting practices, lack of public notice, a corporate culture of arrogance and a seemingly lack of respect for its ratepayers. When people called Eversource to discuss their own outrage over the increase, the utility was quick to point fingers at the legislature. When many asked for credit on their bills to mitigate the devastating effects of the rate increase, they were not only denied but, often were mocked. I was hung up on.

Despite the PURA order to mitigate their shocking increase by August 7, 2020, Eversource does not appear interested in crediting its overcharged customers until these proceedings end. In this time of pandemic-induced economic hardship, the ill-begotten spoils they insist in holding would be far better served in the hands of its ratepayers.

Thank you again for your consideration.