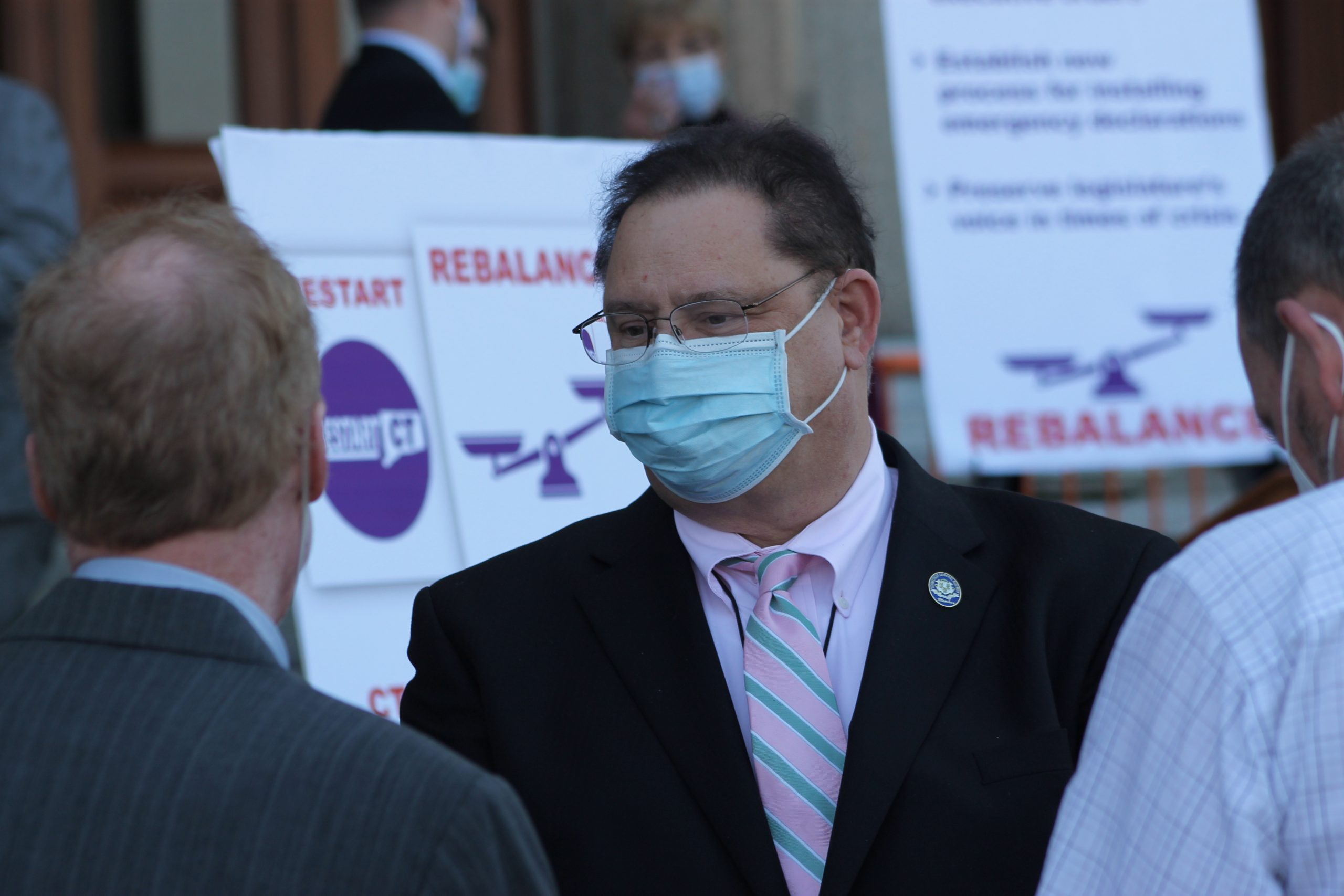 HARTFORD – State Rep. Mitch Bolinsky (R-106) along with his House Republican colleagues today proposed limitations on the governor’s unilateral authority to wield executive powers to run the state during the pandemic, including requiring votes in the legislature to extend emergency powers and a thorough review of all current executive orders as they apply to the COVID-19 crisis.

A year after the state was essentially shut down because of the virus that produced more than 300,000 positive cases, Democrats are still content to leave the management of Connecticut’s economy, healthcare systems, education and daily life solely to Gov. Lamont, without the checks and balances intended and guaranteed by our state’s constitution, protested Republican Lawmakers at a press conference on the Capitol’s north steps.

“We believe the residents of Connecticut and the people of Newtown deserve to have their duly-elected officials represent them but, the Governor does not agree, as clearly shown by his conspicuous and purposeful omission of minority-party leadership at the very meeting where he and majority leadership promulgated the underlying bill to extend the Governor’s executive powers through at least May 20, 2021.  That effectively pushes the legislature away from the table for the rest of session, which ends on June 9, 2021.  I contend that, one-man does not a government make and it is time to come together to codify the legislative changes necessary to combat and conquer this pandemic, once and for all.  Today, we proposed a pathway which moves our state forward in a safe, reasonable manner, balancing public safety, health issues and science, as we travel a cautious, rational path to reopening Connecticut for its citizens. These decisions should not be up to one individual,” said Rep. Bolinsky.

The Republican proposal would have required House and Senate leaders from both parties, in consultation with Governor Lamont, undertake a thorough review of all outstanding executive orders that have been put in place over the last year. His sweeping powers expire April 20 and the Republicans would extend them only to May 1. Between now and then, the Republican plan calls for the leaders to report back to both chambers by April 15 on their findings regarding the current executive orders. Votes in both chambers would have to take place by April 21 in order to extend or ratify new orders under the GOP proposal.

The Republican-caucus amendment was defeated on a party line vote of 89-50.