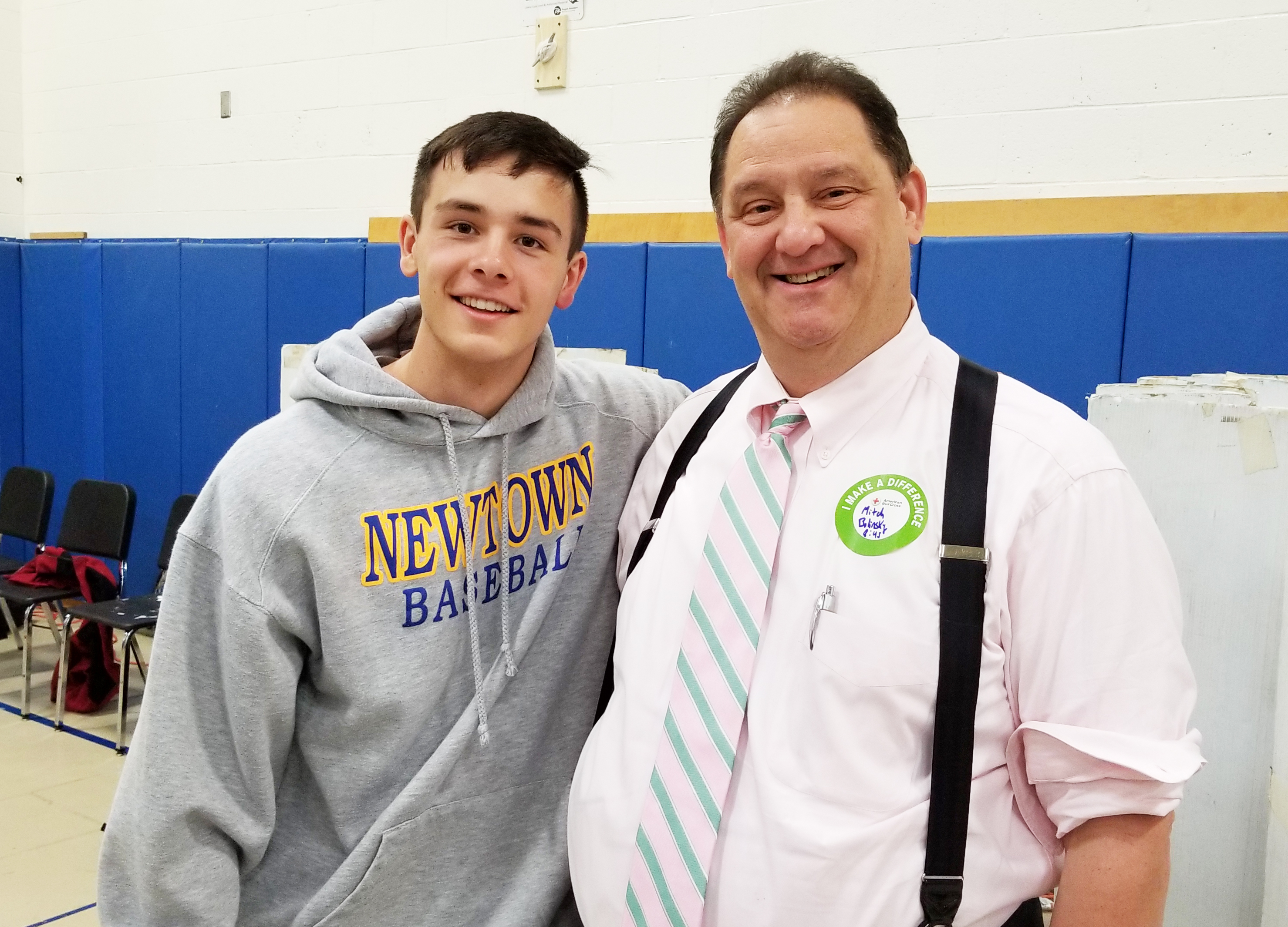 Harrison Eppers, a senior at Newtown High School is on a mission.

His mom, Shelley Eppers is being treated for Multiple Myeloma, a rare blood cancer. Blood transfusions are one of the treatments needed to fight this form of cancer and, one way to assure a regular supply of the life-saving blood needed, some Multiple Myeloma patients hold blood drives.

That’s where Harry comes in. in Late 2017, he, along with fellow senior Rory Edwards, arranged and promoted a Red Cross blood drive at Newtown High School to help his mom. Students, faculty and community members came together to donate blood for Mrs. Eppers and the drive was a success. But, the boys learned it could have been twice as big, if not for a shortcoming in state law. Unlike most other states, Connecticut law did not allow individuals under the age of 17 to be blood donors. 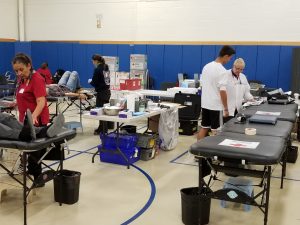 With dozens of willing and able 16-year old potential donors at NHS, Harry was disappointed to be limited to 17-year-olds. If he lived in New York or Massachusetts, his 16-year old classmates could also donate blood, with parental consent. So he reached-out to someone he thought could help, State Representative Mitch Bolinsky of Newtown.

Bolinsky listened to Harry’s appeal and agreed that the law should be changed. Unfortunately, because the legislature was not in session at that time, their initiative would have to wait until early 2018. The Eppers blood drive went on and was a great success, on its own merits. Bolinsky attended and pledged two things. First, he promised to research and initiate a change in the law, in honor of Harry’s mom and; second, he’d donate a pint of his own blood to Harry’s drive.

On the day of the drive, 50 people were signed up and 43 were able to donate, including Rep. Bolinsky. That was enough blood to potentially save 126 lives. Harry said “This blood drive was really great for my mother. She was really appreciative of all the people that gave blood. Initially, she wasn’t aware of the magnitude of people participating. After I Facetimed her that 43 pints of blood were collected, she was overwhelmed with joy.”

Harry’s mom, Shelley Eppers, said “I was humbled, grateful and proud of the NHS community. Without question, Newtown parents are raising phenomenal, kind and supportive young adults. All of you are and will continue to impact this world, doing great things. The support from family and friends is the core of treatment. The outpouring of love has lifted and motivated me through some pretty difficult days. I have a huge appreciation for blood drives. Multiple Myeloma has opened my eyes to the tremendous need for blood and blood products. I cannot express strongly enough how anyone who participates in donation is sustaining and saving someone’s life. You made a difference by participating in this drive and whomever is fortunate enough to receive will be forever thankful.”

Harry concluded, “Students who gave blood for the cause also felt a sense of personal benefit, knowing they helped someone in need. But for me, there was still the matter fixing the law because I had a lot of 16-year olds sign up that were not able to give blood. With parental consent, they can be organ donors but cannot give blood. It makes no sense. In surrounding states, the blood giving age is 16 so, why not here in Connecticut?”

Taking Rep. Bolinsky up on his promise, the two boys set Bolinsky to the task of introducing a bill in the CT Legislature’s Public Health Committee allowing 16-year old Connecticut teens to donate blood, with parental consent. In Harry’s words: “Come February of 2018, we are going to take our idea to the floor of the House of Representatives and then, on to The Senate. I do not see why they would turn it down.” 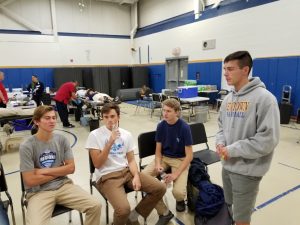 According to Representative Bolinsky “Harry reached out to me asking for legislative help. While lining-up donors for his Newtown High School blood drive, he discovered this shortcoming in Connecticut law that excluded a lot very healthy, potential donors of high-school age. He had a lot of willing, able 16-year old sophomores and juniors who really wanted to help but could not. Harry was very convincing and the idea made so much sense, it was easy to agree with him. He was quick to point out that every two seconds, someone needs blood and that other states have long-allowed blood donors from 16-year olds, with parental consent.

I’m pleased to report that our concept bill is now HB-5160, AN ACT CONCERNING THE DONATION OF BLOOD BY MINORS and has already been raised by Public Health Committee. It has the full support of the committee chairman, Rep. Jonathan Steinberg, a friend of mine. We’re racking up the bipartisan support to move it through the committees of cognizance and will get our public hearing, where Harry and others can testify on the need to make this happen. I feel good that we’ll be successful, get it to the House, the Senate and to Governor Malloy’s desk for his signature,” Bolinsky said.

It all began with a local blood drive and a young man’s desire to make this difference in his mom’s life and the lives of others. Harry Eppers saw the need for change and made it happen.