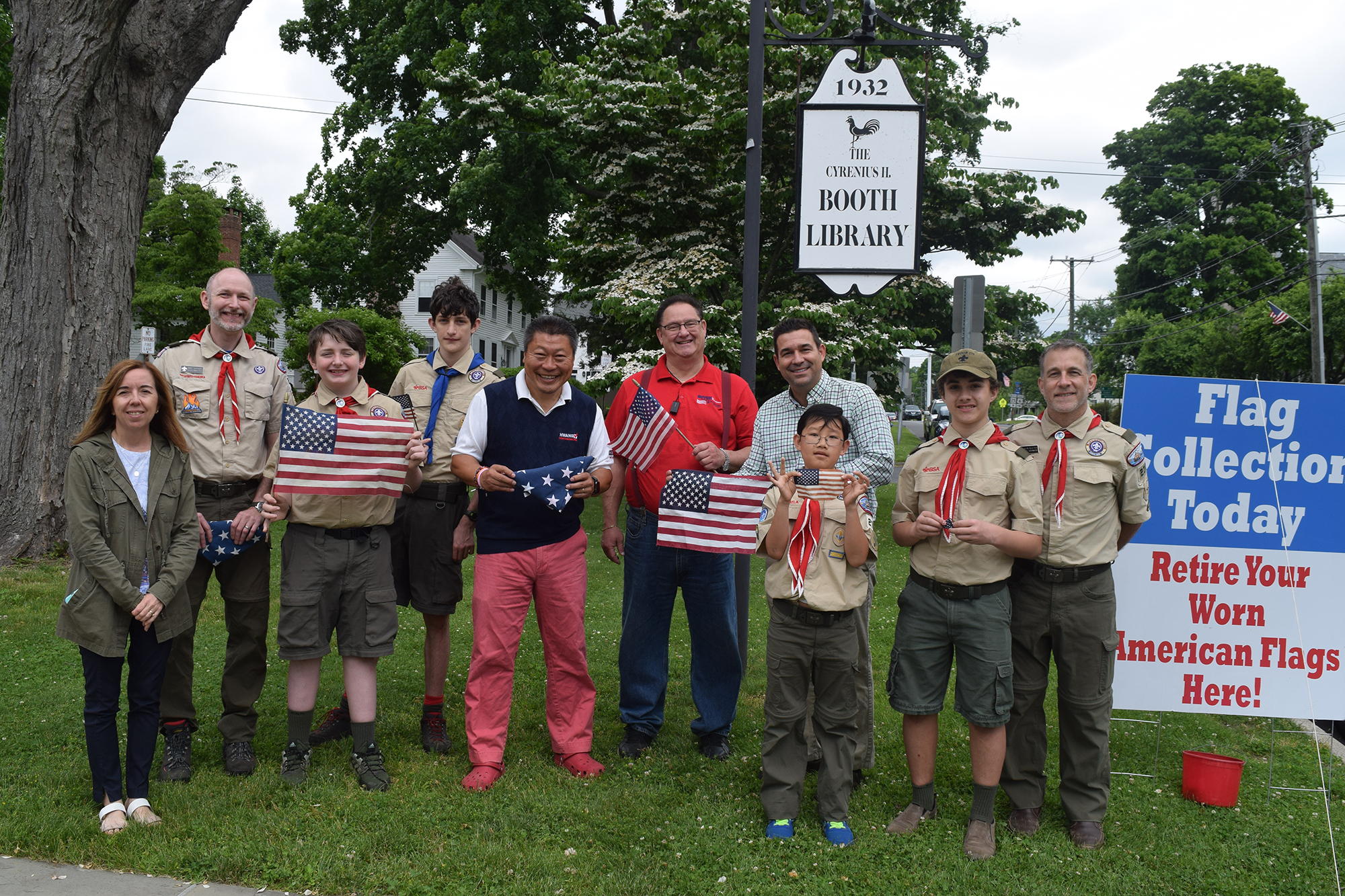 NEWTOWN- In observance of Flag Day, State Reps. Mitch Bolinsky (R-106), Tony Scott (R-112) and State Senator Tony Hwang (R-28) along with the Scouts of Newtown’s Troop 270 conducted an in-person flag collection drive at the CH Booth Library for those that wished to turn in their worn and tattered flags to be retired at VFW Post 308 in Newtown, at a brief Flag Day ceremony at 5:00PM, Tuesday, June 14, in a respectful ceremony.

The Scouts demonstrated the proper procedure for folding an American flag for the public and legislators.  During the collection, among the dozens of flags received was a very large 12′ x 18′ U.S. flag from the owners of Sippin Oil and an old, 48-star “Stars & Stripes”, like those in use from 1912 to 1949.

Rep. Bolinsky said, “It was a beautiful afternoon to hang with the Scouts of Troop 270 under the library’s red canopy.  We had a great turnout!  Meeting so many neighbors on the lawn and exchanging waves and smiles with horn-honking drivers on Main Street was energizing and awesome!  My thanks to CH Booth personnel and Troop 270 for their support and, of course, to Rep. Scott and Senator Hwang for their companionship.”

“Thank you to all of the organizations involved in making this drive happen, from the C.H. Booth Library, to the Scouts who collected them,” Rep. Scott said. “Many brave men and women have made the ultimate sacrifice for our country while protecting freedom and democracy. Our country’s flag, and the ideals it stands for, should always be treated in a dignified and respectful manner, including when it is taken out of service.”

In 1916, President Woodrow Wilson marked the anniversary of the Second Continental Congress passing a resolution stating that “the flag of the United States be 13 stripes, alternate red and white,” and that “the union be 13 stars, white in a blue field, representing a new constellation” by officially establishing June 14 as Flag Day.

The U.S. Flag Code specifies that old American flags no longer in service must be properly disposed. The collected flags will be given to the VFW Post for proper retirement during a ceremony on June 14.