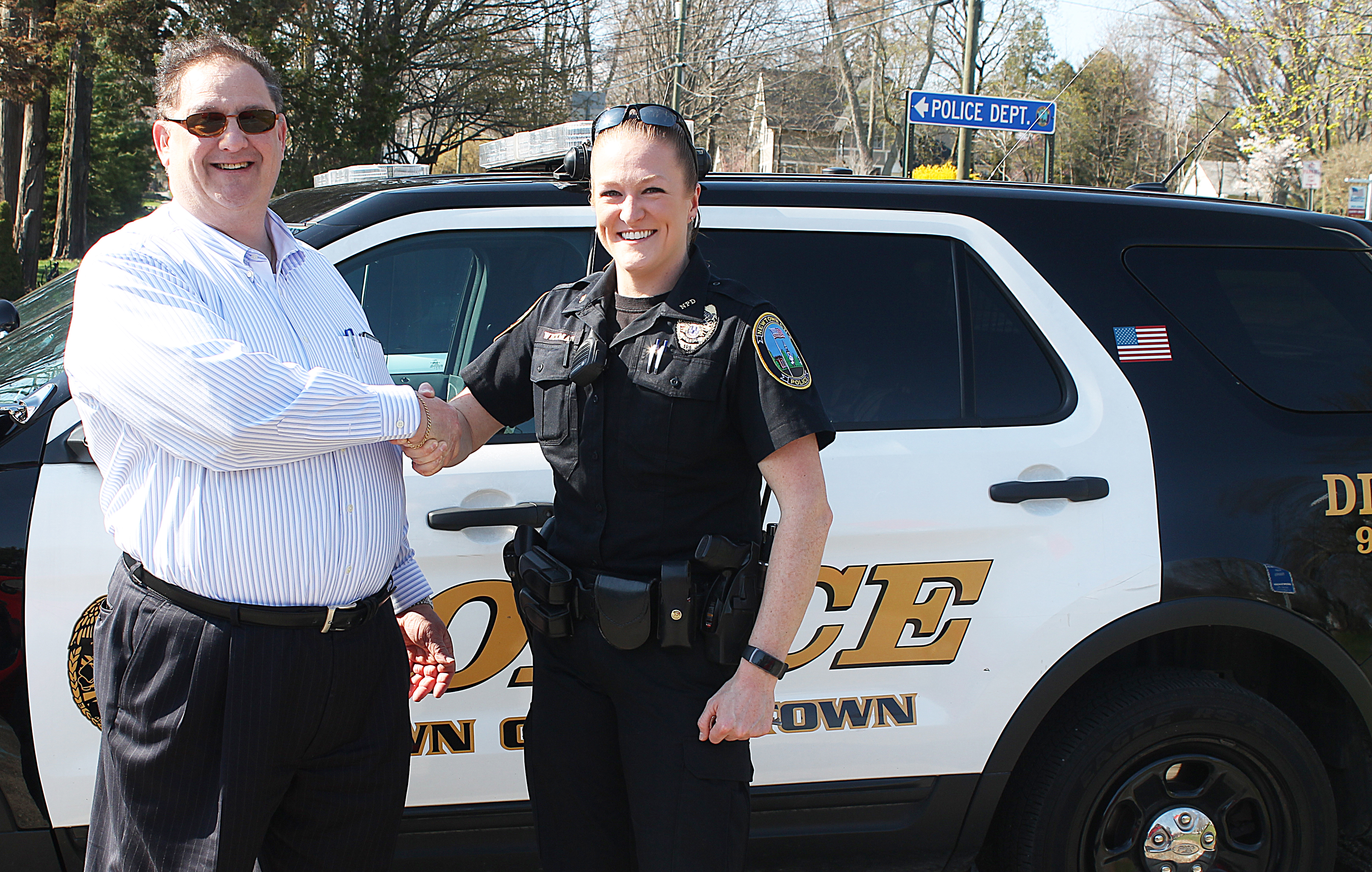 NEWTOWN – State Representative Mitch Bolinsky (R-Newtown) had the opportunity to visit with officers of the Newtown Police Department on Saturday, April 28, 2018. During his time at the police station, Bolinsky spoke with officers about local issues and was invited to go on a ride-along with Officer Paula Wickman, a member of the Newtown force for more than seven-years.

Rep. Bolinsky said, “The dedicated men and women of the Newtown Police Department are truly woven into the fabric of our community, keeping it safe and always there to lend a helping hand when our residents and visitors to our community are in need. I want to thank Officer Wickman for allowing me to spend a couple hours with her, patrolling our streets and having good conversation. Not only did we talk about her typical day but we also spent time discussing what we in the legislature can do to make her job easier and our community safer. I appreciate hearing candor from such an experienced professional.

Officer Wickman said, “I feel that it is an exceptional benefit to have Representative Bolinsky observe our job and the struggles we deal with. The knowledge he gains will certainly assist police and the public; this firsthand experience gives our State Representatives a crucial awareness of what is working and what is not so that they can play an active role in legislative efforts to address public safety issues.”

According to Bolinsky, some of the legislative opportunities they discussed during the ride-along included putting more teeth and accountability into Connecticut’s drunk-driving laws through increasing consequences for uncooperative impaired drivers who refuse a field sobriety test. Currently, there is little difference in the penalties belligerent OUI suspects face, versus taking and failing the test. The two also discussed privacy protections for the families’ of law enforcement officers’, and had a lengthy conversation about the Connecticut DMV’s administrative problems, including its errantly suspending many residents’ registrations when they’ve simply switched insurance companies. Because the cruisers are equipped with DMV-linked computers, these errors can create confusion and havoc in otherwise routine traffic stops. They actually experienced such a stop on Saturday.

In addition to the ride-along, the Newtown Police Department facilitated National Drug Take Back Day on Saturday. The department provided a safe drop location for prescription drugs that were unused or expired, a policy that limits the misuse or abuse of medications.