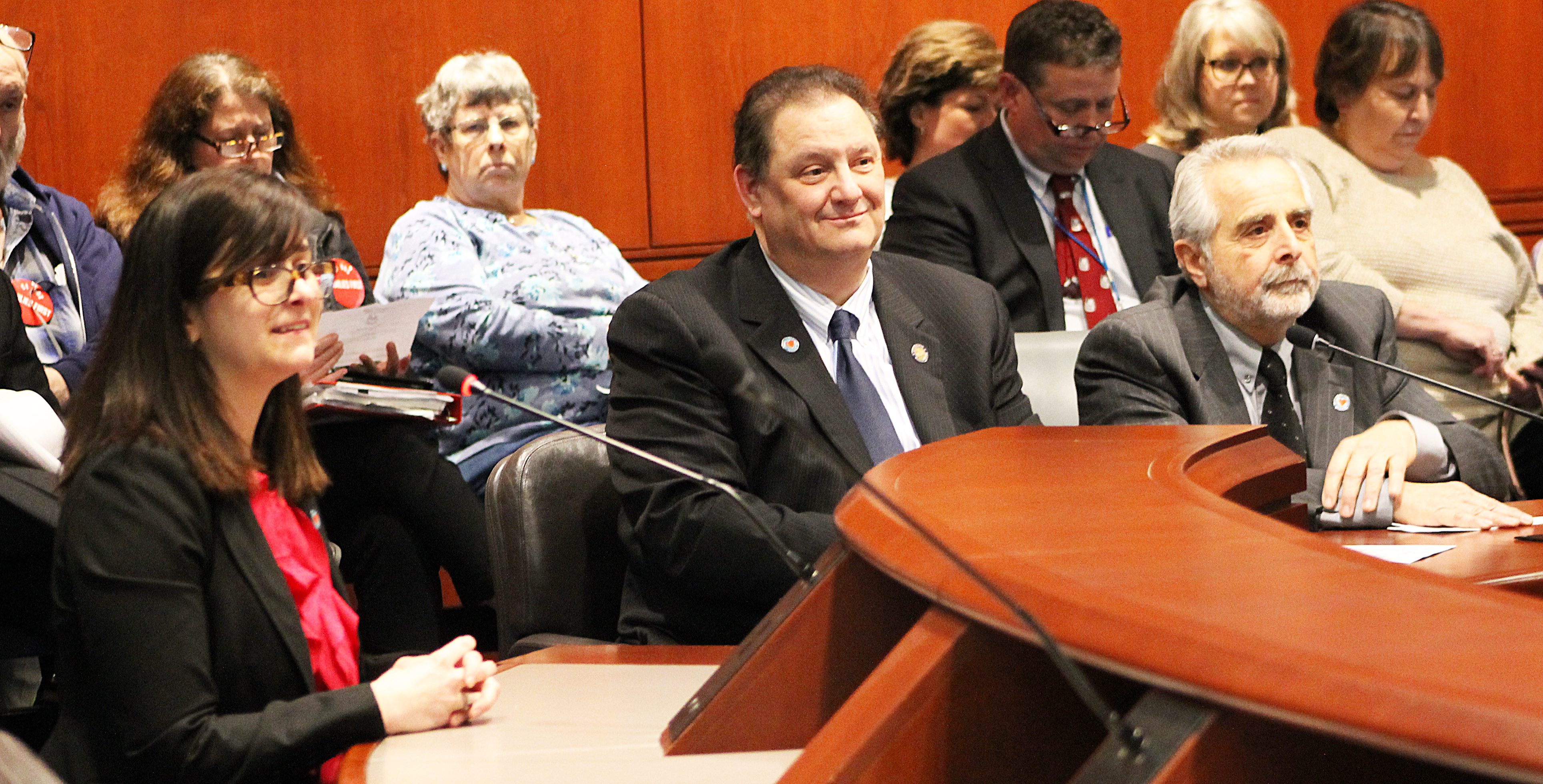 HARTFORD – State Representative Mitch Bolinsky (R-Newtown) testified along with Diana Masulli, of Unionville, and her father Frank Bonacci, of Newtown, before the Public Health Committee at the Legislative Office Building on Wednesday, February 28, 2018. The group was among others testifying in support of Senate Bill 166: An Act Adding Amniotic Fluid Embolism To The List Of Adverse Events A Hospital Is Required To Report To The Department Of Public Health.

According to Bolinsky, there is a lack of data surrounding cases of Amniotic Fluid Embolism (AFE). AFE occurs when a mother gives birth; amniotic fluid gets into the blood stream of the mother, causing severe bleeding and sometimes death of the mother and newborn. AFE’s other adverse effects include heart and lung collapse, leading to the possibility of inaccurate or incomplete reporting of childbirth fatalities. 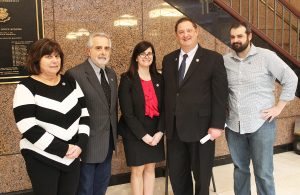 Frank Bonacci delivered compelling and emotional testimony about nearly losing twin daughters to AFE complications, two-years ago. He was relieved to able to share his stories of near loss and the outcome of having two beautiful, now-healthy daughters and new granddaughters. He stated “Mandating that hospitals report AFE to the State gives health officials, researchers and doctors a way to track this horrific complication of birth. Maybe, someday, other families will be spared this type of experience.”

“This is a great example of the best part of my job as a State Representative. It’s an opportunity to elevate important personal issues and use the lessons they learned about this very specific public health issue and create reporting and understanding of a condition that may, sometime, possibly develop a prevention strategy. It all begins with reporting data about AFE. Over time, we can have hope for an end to this potential killer. I thank Joan Bonacci for bringing this appeal to me and allowing me the chance to guide and testify along with both Diana and Frank. I look forward to working with them, the Public Health Committee and our hospitals to move this legislation forward,” concluded Rep. Bolinsky.

The Public Health Committee will review the proposed bill language over the coming days. The next step would be to move it to the Senate Floor for further action.