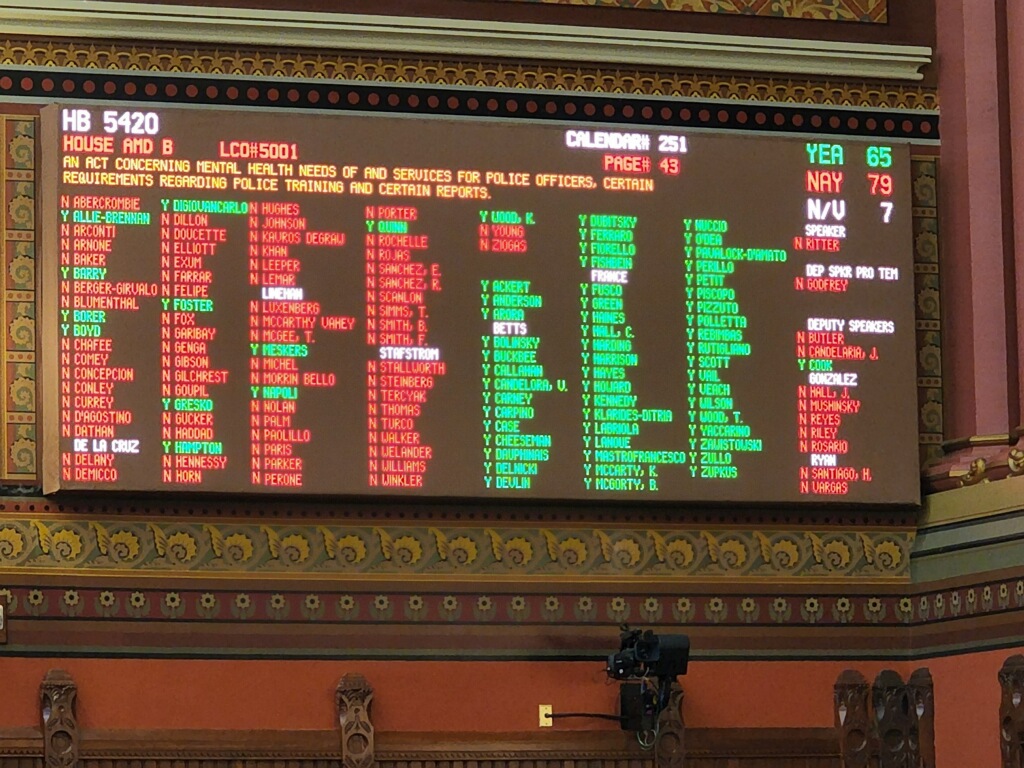 HARTFORD- State Rep. Mitch Bolinsky (R-106) expressed disappointment with the defeat of an amendment that looks to provide our law enforcement officers with additional tools do their job.

The amendment, LCO 5100, was proposed by House Republicans in response to recent upticks in criminal activity in communities around Connecticut, It included four revisions to the police accountability law passed in a 2020 special-session:

Bolinsky said, “This bipartisan amendment was offered as a reasonable, good faith fix to some very serious shortcomings in the 2020 bill. For the good of all Connecticut residents’ public safety and rights, we had high hopes but, some in the General Assembly continue to make it harder on law enforcement officers to protect and serve us all.”

The 2020 special session “police accountability” law was passed along party-lines, with much controversy.  Law enforcement officers, their collective bargaining organizations and towns across Connecticut expressed concern that it would hamper their ability to do their jobs.  Since passage, crime and recidivism have increased to record-high levels, leaving residents fed up with the state’s crime crisis wondering what majority party legislators were thinking.

The amendment was defeated by a vote of 65-79 with 13 House Democrats joining 52 Republicans.